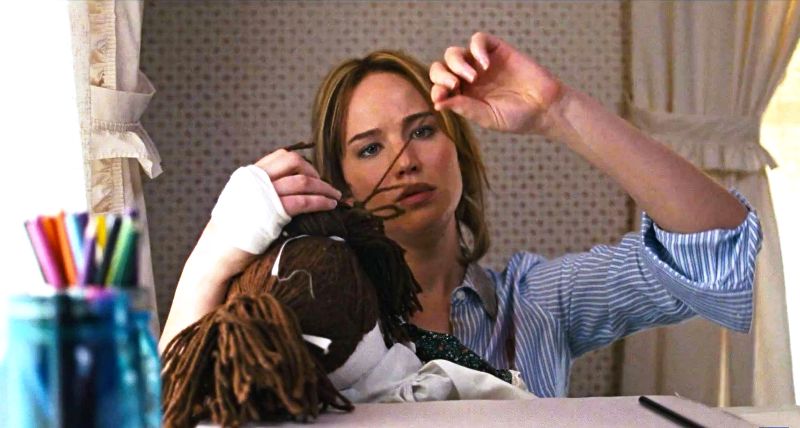 Joy’s eponymous heroine is the underdog you want to root for but never become attached to. You’ll find all the elements you’ve come to expect from David O. Russell (director of Silver Linings Playbook and American Hustle): a toxic family, questionable business endeavours and eccentric comedic moments, minus the je-ne-sais-quoi that actually makes a good film.

Based on the true rags-to-riches tale of inventor and entrepreneur Joy Mangano (played by Jennifer Lawrence), this film centres on her familial struggles and the obstacles she faces before her success.

“Everyone starts with a dream,” says Joy’s grandmother in a banal voiceover that pops up throughout the film. As a child, Joy can allegedly “build wonderful things” (i.e. paper cutouts). In the present, she struggles to be the glue keeping her dysfunctional family together. She shares her home with her cantankerous father (Robert De Niro, who delivers some great one-liners), her agoraphobic and soap opera-obsessed mother, her supportive grandmother, her ex-husband the struggling musician and their two children. The banter between her separated parents has moments of laugh-out-loud brilliance and the family dynamic is classic David O. Russell. Unfortunately, my praise ends here.

It becomes evident that this is a clumsy film about reclaiming lost dreams, specifically the American dream of prosperity. In an awkward allegory, Joy reads a book about cicadas to her daughter, realizing that her dreams, like the cicada, have been asleep for the past 17 years. Soon after that, she drops a glass of red wine on the deck of her father’s girlfriend’s boat, and in her frenzied effort to clean, cuts her hands with the shards while wringing out the mop. This serves as the entrepreneurial “there must be a better way” moment, sparking the invention that will become the key to her success. To highlight her spontaneity, authenticity and lack of experience, Joy quickly sketches out some draft ideas of the self-wringing mop with her daughter’s crayons. 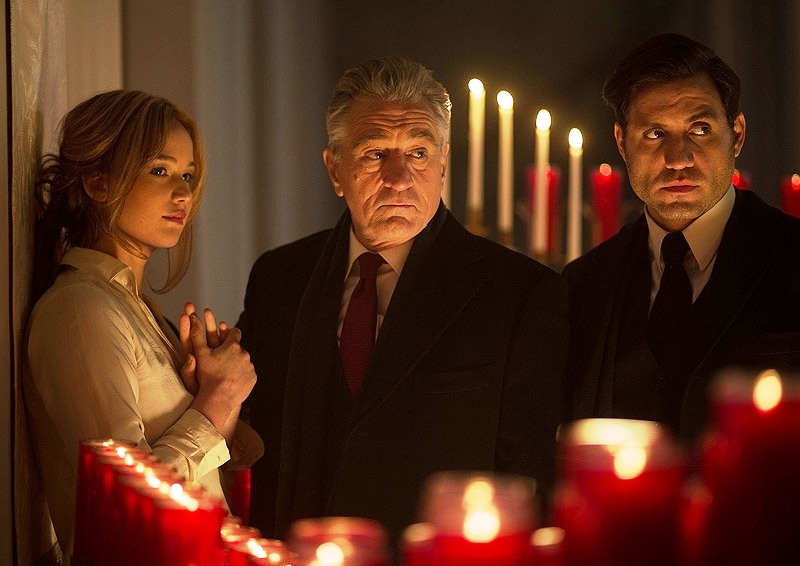 The obstacles pile up and play out like a new inventor’s guidebook of dos and don’ts: finding a manufacturer, dealing with patent issues, getting into stores, being taken seriously in the business boys’ club (shot of Joy sitting down while faceless suits stand above her to discuss her ideas)… Enter Bradley Cooper’s uninspired character: QVC executive who is willing to take a chance on Joy because of her hardworking and scrappy attitude.

After a tedious scene where the QVC presenter (a man) has no idea how to demonstrate the mop’s utility, resulting in no sales, Joy has to declare bankruptcy. The tone is extremely bleak and yet the audience knows everything will work out since this woman’s biopic is on screen. When a hopeless and anguished Joy cuts her own hair, the underwhelming action is meant to be empowering, but ends up falling short and diminishing the film’s credibility even further.

The feminist overtones of the film also leave much to be desired. Joy’s grandmother wants her to become the “successful matriarch,” however this success seems purely based on money. In a flashback, half-sister Peggy tells Joy that she needs a prince in her paper castle, to which Joy replies “this is a special power — I don’t need a prince.” Later on, this is mirrored when QVC wants her in a glitzy skirt and Joy refuses, saying,  “I wear a blouse and I wear pants.” The messages of financial independence, not needing a man and being true to yourself are good ones, but their delivery is disappointing.

Joy is O. Russell’s first film with a female protagonist, and it shows. Her character, while well played by Lawrence, is never fully developed. Even though the film is based on a true story, it feels inauthentic and confused. All of the secondary characters lack depth, the relationships are one-dimensional, and their plot lines have a sole and obvious purpose: advancing Joy’s story. The characters only exist in their scenes, and are forgotten in the rest of the film, leaving the audience emotionally uninvested. Rather than a cohesive story, the film joins certain dots while other events are carelessly glossed over.

The irony is that while Joy’s self-made woman tale is promoting the myth that anyone scan make it in America, it also gives a cautionary warning that not everyone has her gift (as proven by her father and half-sister’s many failed inventions that Joy selflessly financed).

If nothing else, all the sunglasses are glorious and it’s a relief to see a different Lawrence/Cooper dynamic because I can’t be the only person tired of watching the two painfully struggle to be an onscreen couple despite their evident lack of chemistry.

It’s also impossible to overlook the fact that this film is coming out on Christmas Day. Without getting too sentimental, I’d like to think that this holiday means more to some than the obnoxious consumerism that inevitably surrounds it. And yet, here is an ode to capitalism, where Santa’s magic is financial success and a special power is the ability to make things people will buy. This Christmas, I’ll take The Hateful 8 or The Revenant. ■