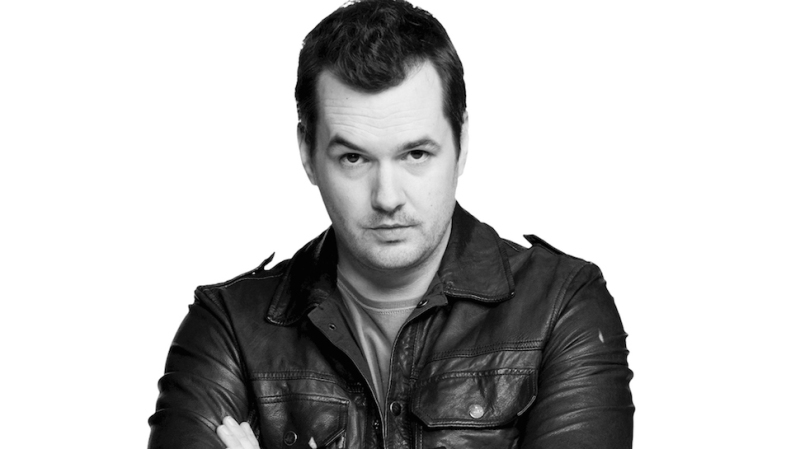 By his own admission, the 38-year-old is no Bill Maher. But a segment from his 2014 Netflix special Bare, about how his the country of his birth adopted firearm restrictions following a mass shooting there, will inevitably make the social media rounds every time there’s a shooting in America, which unfortunately happens frequently.

Jefferies doesn’t comb the paper every morning for possible comedic inspiration. He thinks that’s precisely the reason why that particular routine caught fire in the first place.

“The thing with the gun control stuff is I was just saying common sense, I wasn’t bringing out huge statistics – I was giving simple stuff about what happened in Australia. You don’t need to be knowledgeable to say something like that, just a person with an opinion. It just so happened my opinion resonated with people.”

What Jefferies is known for is his drunken tales, lampooning of idiots and a preternatural skill for cursing. He’s been a Just for Laughs festival regular for years, and this Thursday will be his first visit outside of festival season. As an Australian living in Los Angeles, Jefferies might be in for a seasonal shock should the city’s current mild spell end. Last year’s winter tour of Ontario was a bit of a rude awakening.

“I did some gigs in Canada last winter, and there was six feet of snow everywhere,” he says. “People were showing up to the gigs in snowmobiles. When I played Sudbury it was at an ice hockey rink, and it was so cold in there I had to wear a winter jacket on stage the whole time. It was ridiculous. Of course none of the Canadians noticed how cold it was.”

In 2016, Jefferies will record a new stand-up special. He also has a TV show in development that he’s excited about. As someone with a Netflix special under his belt, Jefferies understands the power of the medium for comics.

“I’ve never had so much love and hate simultaneously in my life as I do right now, because it used to be that people bought your DVD after seeing you on TV, in a club or word of mouth,” he says. “People would already go in happy. Now you get those people, plus those who go ‘let’s see what this guy is all about’ and they end up fucking hating it.

“The cool thing is you can convert people you wouldn’t have reached at all. I think it makes it harder for some acts. There’s a group of 50 of us in the world that are doing all the specials, and getting into that group is very hard. There are thousands of comedians trying to cut through the noise. But cream rises to the top, right? If you’re good you’ll eventually be heard.” ■