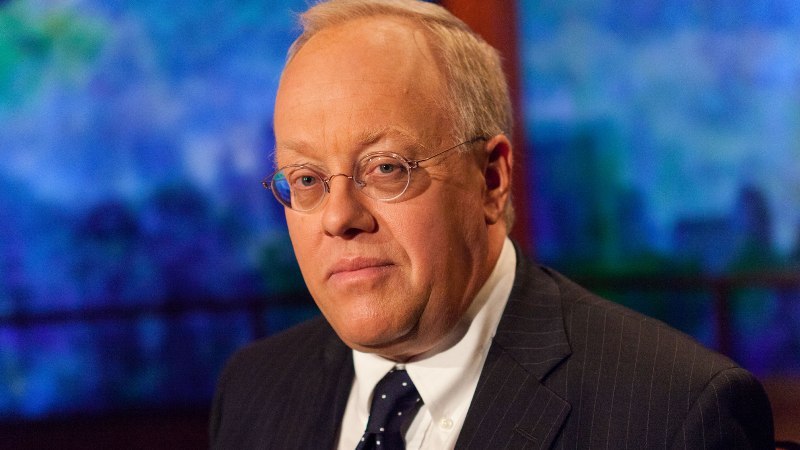 Chris Hedges is one of America’s – and American capitalism’s – most articulate and virulent critics. A Pulitzer-Prize winning journalist during almost 20 years as a foreign correspondent for The New York Times and other publications in the Middle East, Central America, Africa and the Balkans, he is also the author of 11 books, the most recent being The Wages of Rebellion: The Moral Imperative of Revolt.

His passage from respected member of the journalism elite to political pariah began with a 2003 denunciation of the invasion of Iraq; he left the Times soon after to begin a career as an acerbic polemicist and activist, notably during the Occupy protests of 2011.

Hedges will speak in Montreal next week, with an introduction from Gabriel Nadeau Dubois. The event is a fundraiser for the venerable left-wing magazine The Canadian Dimension. The following is a preview of that talk, a Dec. 1 conversation that demonstrates his keen interest in Canadian affairs.

Lyle Stewart: The title of your talk here in Montreal next week is the “Algebra of Revolution.” That begs the question; can a revolution be expressed in an algebraic equation?

Chris Hedges: Yes! In the sense that there are certain preconditions to revolution that all the great theorists of revolution pointed out, whether it’s Crane Brinton or Geoffrey Davies, even Bakunin, Kropotkin or Alexander Berkman. They realized you needed a set of equations in order to make revolution possible. So, it’s a metaphor, but I think it’s a metaphor that works.

It is characterized by a series of phenomena that are most usually replicated in pre-revolutionary societies. Such as the seizure of power by a tiny cabal – whether that’s oligarchic, monarchic or fascist – and the employment of all the mechanisms of power to enrich and empower that cabal at the expense of the citizenry. The capture of state institutions to serve as echo chambers for the elites to shut out voices of dissent. Long economic decline and stagnation, which eventually bring a loss of hope and despair.

Most revolutionary theorists make the point that revolutions are driven not so much by the poor but by those who had expectations in their society that they realized would never be met. That was the Occupy movement. You had the sons and daughters of the middle class leaving college with tremendous amounts of debt, tens of thousands of dollars in debt, and finding their was no place for them in this society. Those are people Bakunin called déclassé intellectuals. Bakunin, and I think correctly, makes the point that no revolution is possible until there is a fusion of a segment of the underclass with these déclassé intellectuals. Unemployed lawyers, unemployed teachers, unemployed social workers – the list goes on and on – who provide an important element for organizing any kind of a sustained revolt.

I think that is true in pre-revolutionary society. As Alexander Burkman points out in his essay the “Invisible Revolution,” an important component is a loss of faith in the ruling theology, in this case, neoliberalism. It’s the understanding that all the parts of neoliberalism have turned out to be a lie. The idea that enriching a tiny oligarchic elite could somehow be beneficial for society economically. The idea that it would bolster the middle class or further enrich the working class. That it would strengthen and expand democratic institutions when in fact it destroyed and contracted them. That is becoming apparent across the political spectrum. In the essay that Berkman wrote, which I quote in my book, The Wages of Rebellion, he says that you don’t see that; it’s subterranean. He likens it to water boiling in a kettle. When you finally hear the whistle and see the steam, the process is underway.

Once people lose faith in a ruling ideology that buttresses a particular system, then that system is left with no other form of control than the very harsh mechanisms of violent repression. We are also seeing that, especially in the United States.

LS: You are an astute observer of politics here in Canada. Yet here, many in that disappointed class that you described now seem to be encouraged by the election of the Justin Trudeau’s Liberal government a month ago. Do you think they have a reason to be encouraged?

Trudeau is very much like Obama in that he doesn’t really have a past. Obama had spent two years in the Senate. I don’t know how many years Trudeau had spent in Parliament [seven], but he was kind of a non-entity. He didn’t do much in Parliament. He is a young, charismatic, attractive figure with the advantage of coming from Canada’s political aristocracy, but you can see in him whatever you want and that was also very much true with Barack Obama. So I see them as very similar.

You may now have a cabinet with the Sikh and the disabled person and the indigenous person so you have more diversity in terms of managing the mechanisms of power, but I don’t think that Trudeau will challenge those mechanisms any more than Barack Obama has challenged those mechanisms.

LS: Speaking of the seizure of power, Trudeau has already made it very clear he is not going to challenge anything in the Trans-Pacific Partnership, the TPP.

CH: That’s a good point. The TPP, along with the World Trade Organization and North American Free Trade Agreement, is perhaps the most obscene corporate power grab in history. When you have an agreement like the TPP that supersedes the ability of government to control itself, then it really doesn’t matter what the Liberals say. They’ve sold the country out. That’s why it’s so important that we fight this. There’s a perfect example of how the Liberals under Trudeau embrace neoliberalism and support mechanisms such as the TPP that further weaken the capacity of citizens to control their own communities and their own country.

LS: You would rate the TPP as a defining issue for this new government then?

CH: The biggest and obviously most important issue we face is climate change, because even if we stop all carbon emissions today and eliminate the animal agriculture industry, which is as pernicious a force in terms of climate disruption as the fossil fuel industry though nobody ever talks about it, we will still be dealing with catastrophic effects. And of course we aren’t stopping either of them.

LS: You don’t have confidence in the world leaders gathered in Paris as we speak to address climate change at COP21?

CH: First of all, any agreement they reach in Paris is non-binding, which means it can’t be enforced. Secondly, to get back to the TPP, it supersedes individual governments’ environmental regulations. So it’s all a big con game. All of these issues are inter-related and the TPP is a big part of it because it further weakens the ability of states to adopt a sane policy on climate change.

We are seriously beginning to contemplate the extinction of the human species because we are not in any serious way confronting the destruction of the planet and heating up of the planet. This, to a degree which even very conservative organizations like the World Bank say, in their report about a year ago, will make big parts of the globe unlivable.

LS: We’ve seen mass movements successfully rise up against these kinds of straitjacket trade deals in the recent past: against the Free Trade Area of the Americas almost 15 years ago, even the Multilateral Agreement on Investment before that. But I wonder if we are still able to reach the critical mass required to stop the kind of corporate takeover you describe.

CH: I’m not very confident. I think these are the only mechanisms we have left. The fact is we live in a situation of corporate-dominated governments that don’t really give a damn what we want. We see that in issue after issue. For instance, most Canadians, like most Americans, do not want the evisceration of privacy, wholesale government surveillance and the storage of all their personal data in government computer banks for perpetuity. I don’t know what the polls are on C-51, but I know that in the United States these provisions that have rolled back our constitutional rights to habeas corpus and due process have no popular support. However, they serve the interests of corporate power so they’re passed anyway.

The 2008 financial bailout in the United States was opposed by a proportion of 100 to one in constituency calls to Congressional members across the political spectrum but they passed it anyway. So, in issue after issue, the rights of the citizenry are revoked and the desires of the citizenry are ignored, which means you need movements like Idle No More, the Quebec student movement, the anti-capitalist and environmentalist movements that congregated in Toronto for the G-20.

LS: Their tools are a lot more refined now, though.

CH: They’re more than refined! They’re utterly pervasive! We’re now speaking on handheld devices, which make sure that our locations are available to the government 24 hours a day. So it’s a quantum leap forward. Consider the black ops business for corporations. Before they hire anyone, they have a whole profile: medical records, traffic tickets, past employment, mental health issues – whatever it is, they’ve got it all.

LS: I was hoping for more optimism.

CH: I write in the book that the greatest existential struggle of our time is to clearly see what is happening around us, because it’s not very good out there. ■

Chris Hedges will speak on The Algebra of Revolution, with an introduction by Gabriel Nadeau Dubois, at Concordia University’s Hall building (1455 de Maisonneuve W.) on Wednesday, Dec. 9, 6:30 p.m. , $30/$20 for students (proceeds go to The Canadian Dimension)