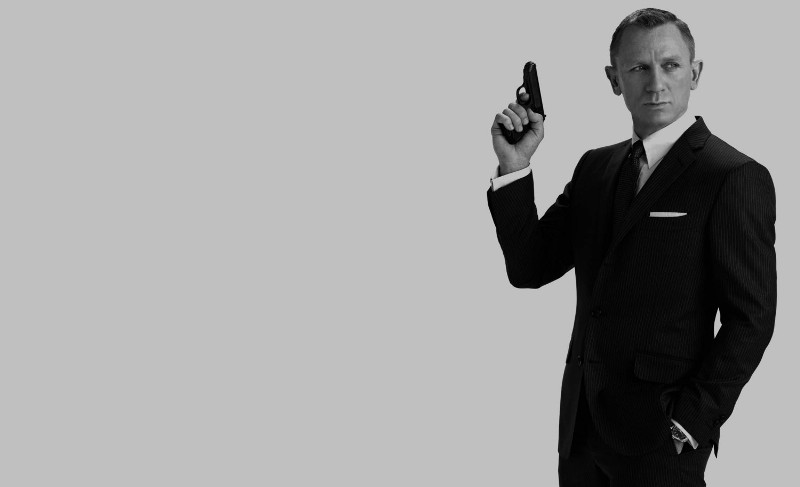 Bond movies are Bond movies. Their strict adherence to formula is the reason why this franchise can go on for over 50 years essentially undisturbed, swapping out the moving parts as they see fit but always remaining recognizable as Bond movies (and, conversely, why they’re so easily parodied).

Some are better than others. Some are unavoidably stupid and mired in their era, others have stood the test of time to become enduring classics in their own right (the one where Bond pauses to have a sword fight with Madonna is not one of them), but they are all pretty much instantly recognizable as Bond films.

The recent crop of Daniel Craig-led Bond movies has pushed the character in a grittier, more grounded direction that’s resulted in some of the best movies in the series thus far, but the new Spectre doesn’t really move along the same lines. 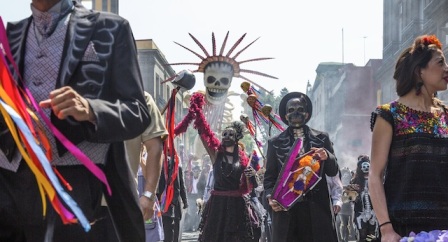 Immediately after the events of Skyfall, Bond (Daniel Craig) finds himself in Mexico during the Day of the Dead, hunting down a powerful crime lord under direct posthumous orders from M (Judi Dench). This crime lord, it turns out, has deep ties to a shadowy international organization whose appearance in Bond’s life is curiously timed with a corporate takeover that joins together Mi5 and Mi6, a move that has the new M (Ralph Fiennes) butting heads with the new tech-wizard overlord, C (Andrew Scott). Seeking answers, Bond travels all over the world, cracking skulls and crashing cars, much of the time pursued by a silent hulking golem of a man (Dave Bautista) and with the comely Dr. Madeleine Swann (Léa Seydoux) at his side.

Spectre sometimes feels like a spec writing exercise more than an actual cohesive Bond film. Like all of them, it’s a globe-trotting odyssey in which our hero goes all over the world looking for the clue that will take him to the next exotic locale, but here the set pieces are strung together more haphazardly and nonchalantly than in the past. It’s almost as if they wrote half-a-dozen action scenes before and then strung together the connective tissue as an afterthought, like someone practising at banging out a Bond script that was never really meant to be made. Truth be told, the actual plot mechanics of the film aren’t really that interesting. There are very few stakes in any Bond movie, but the Craig era has gotten us used to some left-field surprises that are mostly absent here.

Spectre operates in the tradition of classic Bond: exotic locales, fancy cars, useful gadgets, a showboating bad guy played by Christoph Waltz (whose not-so-secret identity basically cements the film as a subtle throwback – but I won’t go spoiling that here, it’s all over the Internet if you need it), double-crossing, triple-crossing, exploding helicopters…. the works. What it lacks in originality and honest-to-goodness stakes, it makes up for in fun. The advantage of putting the set pieces above all else is that they’re actually pretty exciting, from the long tracking shot that opens the film to the brutal mano-a-mano fight between Craig and Bautista that sees them literally tearing through an entire train dining car. 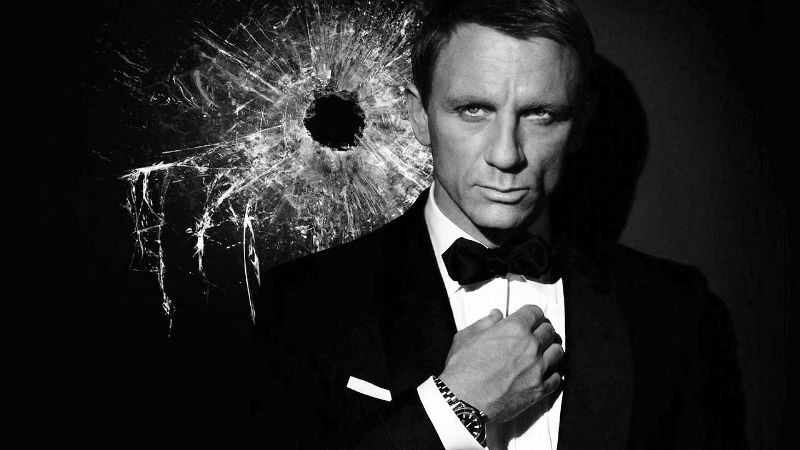 It’s ironic that Sam Mendes (not paired with cinematographer Roger Deakins this time around; Deakins is more than suitably matched by the work of Hoyte von Hoytema of Her and Interstellar fame) seemed to have originally been brought in to add a bit of emotional heft to the series; while he may have pulled that off with Skyfall, he shows a lot more mastery at the action scenes in Spectre.

It feels disingenuous to fault a Bond film for being too much like a Bond film. After all, everyone loves getting what they paid for. But it’s been roughly 10 years since Craig and his gritted-up take on Bond has been our Bond and, while that only encompasses four films, it’s nearly as long as anyone else has ever been Bond (Connery’s return to the franchise notwithstanding). There’s only so much bucking of the trends one can do before returning to the safe cocoon of familiarity. Maybe this is just what happens to any run of Bond at this point in their life.

It’s been rumored that this is likely Craig’s last outing as Bond. If that’s true, Spectre ends not on a high note, but a completely comfortable one. ■