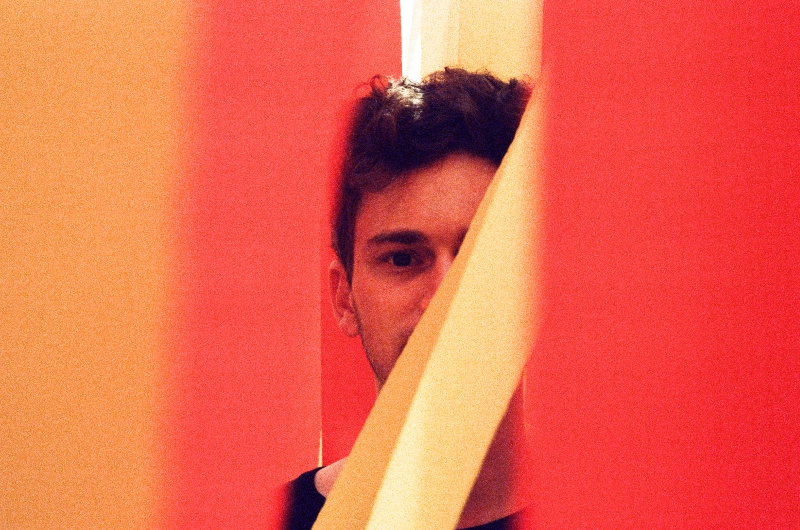 Harris Shper has had a busy 2015. When he wasn’t on tour as a soundman with Montreal acts Seoul, Leif Vollebekk, the Barr Brothers and Plants & Animals, he was making a record, the debut album for How Sad. Everything Happens has been a long time coming, following 2013’s Indian Summer EP, and despite its unified ’80s-tinted synth-pop aesthetic, it captures the band in transition — longtime fans will even recognize two reworked tracks from back in the day when the band was called Goosehut (“Check It Out” and “Hold On”).

“The new album is a bit of a everything,” explains Shper (hence its title). “The newer stuff is a little bit slower and a little bit darker. It explores some new sonic avenues and I tried to slow it down so that not every track is a banger. Sometimes I get tired of listening to bangers.”

While Everything Happens still bears How Sad’s lo-fi aesthetic, its glitzy neon shimmer is a marked sonic progression from older material, and not because Shper’s methods have changed much.

“I write almost everything in my bedroom and mix it there, too,” he says, noting that guest contributions from members of Wake Island (who also make up How Sad’s live band), his brother Parker Shper (who plays with the Barr Brothers) and Nick Scribner (ex-Clues etc) were recorded at studios and spaces around the city.

“I’m mostly doing everything myself but bits and pieces were played by other musicians, which is fun. I’m gonna try to do that more in the future too because bringing a different perspective is nice. Way too often I’ve gotten caught up and do everything A to Z, and the results are not as fresh as they could be with some voices from outside.”

Sample Everything Happens via this track, “Cloud Nine”:

How Sad launches Everything Happens as part of the M for Montreal festival, with Wake Island, Joyful Talk and happymovie at Casa del Popolo (4873 St-Laurent) on Saturday, Nov. 21, 10 p.m., $10