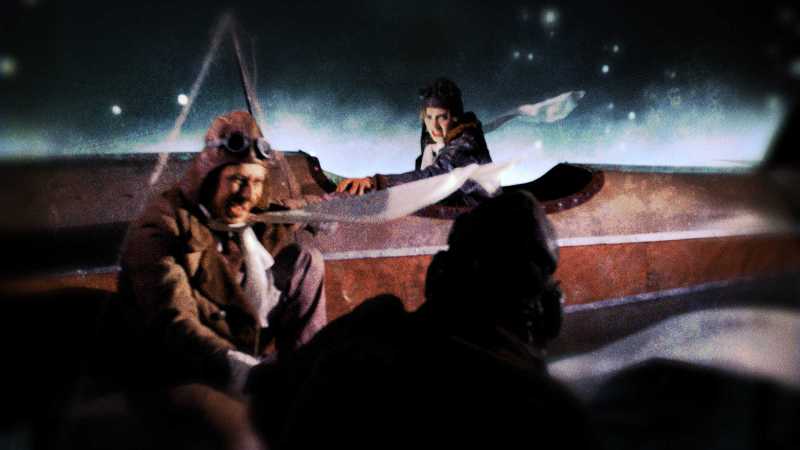 The Church of Satan’s charismatic founder Anton LaVey once wrote: “The best place to meditate is on the pot […] [t]here is no place where one is as receptive to outside influences as on the toilet, with immersion in a hot bath second and the shower third.” That’s a highly fitting assertion to reflect on Guy Maddin/Evan Johnson’s mind-bending feature The Forbidden Room, which first premiered at the Sundance Film Festival in early 2015 and opens in theatres today.

Produced by Phi Films, Buffalo Gal Pictures and the NFB, Maddin’s 11th offering opens with a bespectacled Louis Negin wearing nothing but a Hugh Hefner robe, greeting the audience with a heartfelt “Hello, I’m Marv,” before delving into the topic of baths. This exposé soon segues into a phenomenal number of tales that take the viewer 20,000 leagues under the sea to meet a crew of desperate submariners struggling to release oxygen trapped in flapjacks. We’re told what ensues is the reinterpretation of long-lost film print fragments cobbled together into one narrative.

Shot in public studios (at the Centre Georges Pompidou in Paris and our very own Centre Phi), where people could walk up and watch the creative camera work at close range, The Forbidden Room was filmed in two-strip Technicolor and intertwines multiple stories that could only stem from Maddin’s labyrinthine mind. 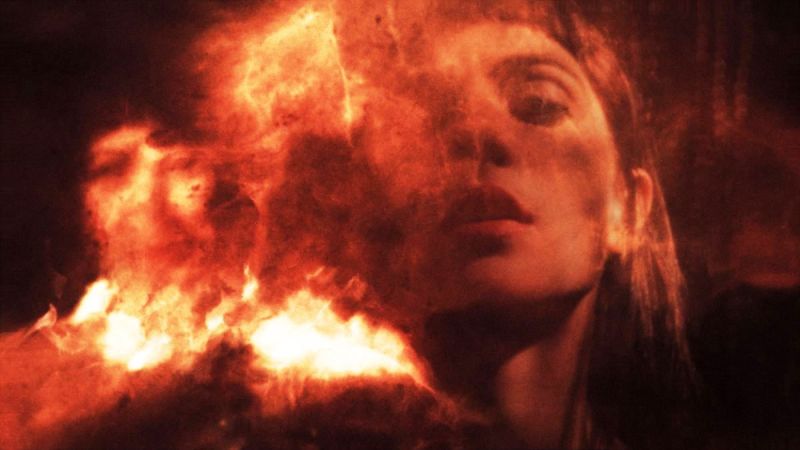 When the film screened in the U.K., Maddin warned the crowd that what people were about to see had the potential to induce aneurysms and that he’d be surprised if there was anyone left by the time it was finished.

But hell, when was the last time you saw Udo Kier and Paul Ahmarani in the same scene or even our boy Roy Dupuis lifting a rock with the power of his shaft? Not to mention the drop-dead gorgeous Clara Furey in the role of Margot or her father Lewis Furey as an Aleister Crowley look-alike.

These are just some of the highlights captured with the visual elegance that’s been Maddin’s signature ever since he started in the business; a style that you can either love or loathe but nevertheless the work of a director you can never accuse of being limited by poverty of imagination.

From a certain perspective, The Forbidden Room is a significant work of art based its existence alone. In other words, just for having thought of it, this endeavour is completely justifiable.

I leave the question open: is Guy Maddin an aesthetic rebel for using aesthetics inherited from past eras in order to subvert stories and scramble time and space? What does it mean to “will” a certain cinema into being?

That being said, as Maddin revels in all areas of early film history, it quickly becomes apparent that this lengthy 130 minute-long feature filled with psychosexual symbolism would have been easier to chug down in small gulps, as a collection of shorts. Even though press materials have used the term “Russian nesting doll’’ to describe The Forbidden Room, it could probably be regarded more as a bundle of heavy objects held together with weak glue. In one sentence: a fertile ground for intellectual shortcuts to try and make sense of the overwhelming content of the work that is presented to us.  No wonder some will simply call it a “weird film,” “un film fucké” or use that tired tirade the Winnipeg wonder boy probably wakes up to every morning: “he’s the Canadian David Lynch.”

And this is what it all boils down to: there is simply way too much going on over the course of two hours. When Marv returns at the end of the film to wish us a good night after a warm bath, what is left is the feeling that hordes of characters and a catchy little tune about a man obsessed with derrières have emigrated into our heads and dissolved into a jelly-like clusterfuck that served as a vehicle for Maddin and Johnson’s hilarious nightmares.

The Forbidden Room opens in theatres on Friday, Oct. 23. Watch the trailer here: