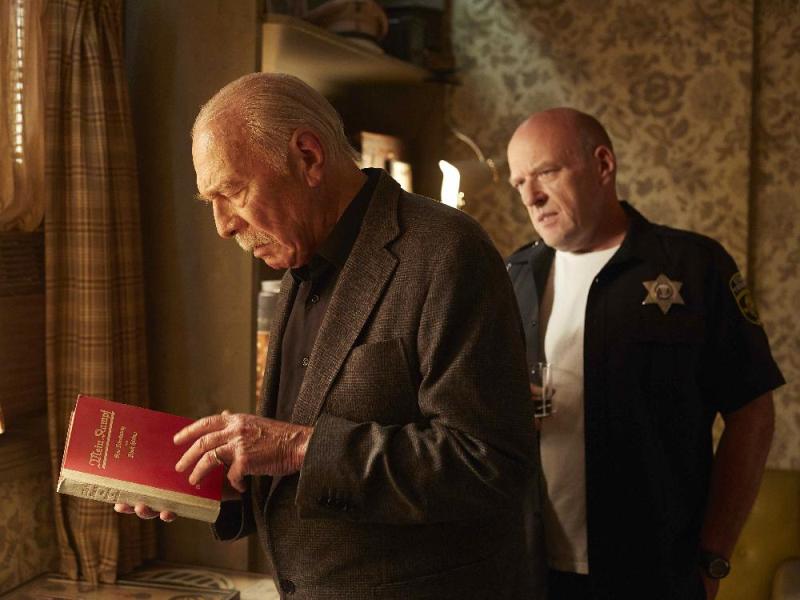 When I first got interested in film as a teenager, Atom Egoyan could do no wrong. He had just completed the one-two punch of Exotica and The Sweet Hereafter  — one of the strongest two-movie runs of perhaps all time — and was (rightfully) considered to be one of the greatest living filmmakers. It might just be too high a standard to hold anyone to, because Egoyan’s subsequent career has been mostly comprised of various incarnations of him dropping the ball. His recent run has been particularly terrible, as Egoyan has apparently become interested in elevating junky genre scripts like Chloe and The Captive but delivers nothing but rote examples of exactly that junky genre. Here’s the bad news: Remember essentially boils down to a pretty simple revenge thriller. Here’s the good news: it’s operating at a slightly more cerebral level than, say, a Charles Bronson (or Liam Neeson) movie. But, wait, there’s more: Remember is both Egoyan’s best film in a long time and not very good.

At almost 90 years old, Zev (Christopher Plummer) isn’t as sharp as he used to be. His dementia is getting the best of him, and he keeps forgetting that his wife Ruth has been dead for two weeks. He’s constantly reminded by his nursing home friend Max (Martin Landau) that he made a very important promise: when Ruth goes, he’ll find the Nazi responsible for the death of his parents and kill him. The wheelchair-bound Max can’t do it himself, so he devises a point-by-point itinerary that takes Max to the homes of all four German immigrants who have come to the States after WWII under the name Rudy Kurlander. Despite the fact that Zev essentially wakes up every day with no short term memory and has the motor skills of the 90-year-old that he is, he sets about exacting vengeance for an unforgivable crime.

Given the film’s Three Little Pigs structure, I think it goes without saying that Zev does not find his man 20 minutes in and spend the rest of the movie torturing him. Egoyan does manage to get a lot of mileage out of a relatively simple premise. It’s often nerve-wracking even if we’re not quite sure why, and the tensions mounts slowly but surely thanks in part to the memory-loss gimmick that seems lifted wholesale from Memento. For about two thirds of the way, Remember is a fairly engrossing, straightforward mystery but once you start to see where it’s going — hoo boy. It’s less a treatise on old wounds and Biblical vengeance and more of a feature-length Twilight Zone episode, all of its moveable parts joining together for a “Gotcha!” moment that’s both completely out of left field and thunderingly predictable. It does not bring me joy to say that I laughed incredulously at the dénoument of a movie about Auschwitz (with Egoyan in the room, no less), but this movie makes it real hard not to.

Remember is therefore another case of Egoyan having a script that seems to come from an airport paperback and treating it like Dostoyevsky. He does manage to get a predictably great performance from Plummer, who carries the film’s more unsavory elements (including a long encounter with a vicious neo-Nazi played by Dean Norris) and basically keeps the film watchable all the way to its very silly ending. I must say that I was engrossed and interested by Remember for much of the way, which is more than I can say about the last handful of Egoyan films I sat through. If only he found a script that was worthy of his talent and tendency for elevation, maybe we’d have the old Egoyan back — but at least he seems to be trying. ■