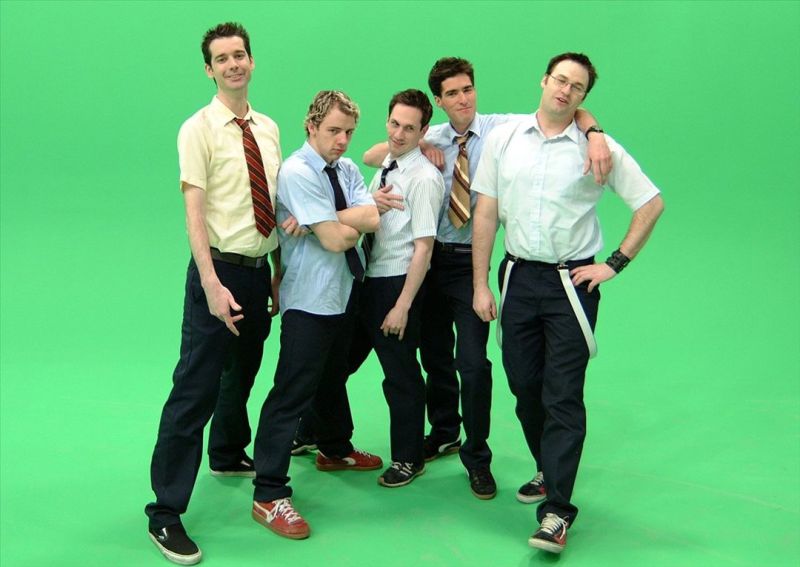 In 1995, a compilation called The All-Skanadian Club heralded the arrival of a new record label in Montreal, and its impact on this country’s music scene was almost immediate. 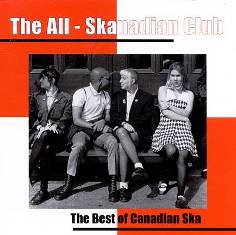 “I love those days,” says Matt Collyer, Stomp co-founder and singer for the Planet Smashers, who’ll be playing a big show this week to mark the label’s 20th anniversary. “It shaped the future,” he says of the compilation’s first volume (there were subsequently four more). “We didn’t realize it at the time but it brought together the entire ska scene across the country and allowed all these little bands to tour because suddenly they had friends in every city, bands that did well in their cities, and all this trading off started happening. That was the beginning, the first real piece of foundation work that set things in motion for Stomp.”

Collyer started the label with the Kingpins’ Jordan Swift — the Planet Smashers’ first LP and the Kingpins’ debut three-song single were Stomp’s second and third releases, after the compilation. Their primary purpose wasn’t to launch a label but to get their own music out, and while that’s fairly common these days, it was far from the norm 20 years ago. 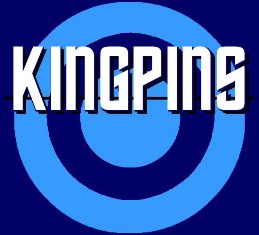 “[The Planet Smashers] tried to get signed and that didn’t work ’cause we sucked,” Collyer says. “At the time, bands would get signed because labels had money,” he adds (for readers who don’t remember the ’90s). “It looked bad if you couldn’t get signed. It looked like no one wanted to invest in the band or saw a future in the band. So we just had to pretend we had a record label. By ’96 we started signing bands because the mirage that the label was real, people were starting to buy it.”

Stomp distributed its records through small Canadian companies Cargo, Sonic Unyon and FAB before eventually making a deal with a major label (Warner). When Cargo folded in the late ’90s, Stomp lost money but gained personnel. Mike Magee, who is now the label’s VP of marketing, “came to the rescue” by unloading a pile of imported ska and reggae CDs on Stomp just as they were planning to open a store on Rachel.

That store, and another location on St-Denis, sold records and clothing but eventually closed in 2003. The label survived a rough patch at the dawn of the new millennium by making a few smart moves, but it wasn’t easy.

“The bubble burst for ska music around 2002,” Collyer says. “In America it was a little earlier and more significant — it was probably 2001 when things fell apart down there. And at the same time we started to experience high-speed Internet, and that really changed things — Napster was huge! So we were dealing with this sudden falling out of favour with the music industry and the fans were starting to rip music more and more. We shuffled things up as quickly as we could. It was a big change, but it was kind of a natural change for us.”

Digital distribution and musical diversification were implemented, though the latter began before the ska trend faded. Stomp was once the ska component of the Union Label Group, which also featured a punk label (Union 2112), a mod label (Tyrant) and an oi label (Mayday), but eventually these labels and their artists were folded into Stomp, which also started signing punk, garage and surf bands.

“We learned from an American label that went bankrupt in 2000. The guy there said that his mistake was pushing ska instead of pushing the bands. He had the Pietasters, the Slackers, the Hubcaps, the Toasters — all these bands that went on to do well on other labels, but he pushed the genre, not the bands.”

Ska remains an active genre, but its audience in North America is limited compared with the strong following it has in Germany and France. According to Collyer, Quebec probably has the strongest ska fanbase due to a factor it has in common with Europe:

“I think it’s the reach of Hollywood. In Germany and other countries that aren’t as dominated by mainstream American culture, subcultures have more space to live, much more so than there is here. But to me that’s a good thing. One thing that I like about ska and rockabilly and the other genres we put out is that they are part of the subculture, and that’s where they belong. It makes it more special and more unique, so you can identify with it more.”

Despite the ’90s revival that’s taking place in several genres of music right now, Collyer doesn’t foresee a new wave of ska, at least not yet.

“I think the next thing we’re gonna see is the return of aggressive music to commercial radio — that’s my guess,” he says. “There’s nothing wrong with the hipster thing — it’s pretty cool, but it’s gotta change, it always does. It might not be like grunge, but what Nirvana did to music is what I think is gonna happen. Some really loud band is gonna come along and turn up the volume and the hipster scene will be done and uber-programmed pop will be done again, for a while.”

And as much as the business has changed over the past two decades, he’s also glad to see some continuity in the way that Stomp bands plan their tours.

“All of our bands are still supporting each other as much as they can. We’ve got the Real Mackenzies helping out Isotopes and East End Radicals and Boids, and Creepshow taking Penske File across the country and the Brains touring with Los Kung Fu Monkeys, a Mexican ska band. I hope that never changes.” ■

Check the Stomp website for more information about their band and 20th anniversary shows in Montreal (Planet Smashers Oct. 23, the Brains Oct. 30)