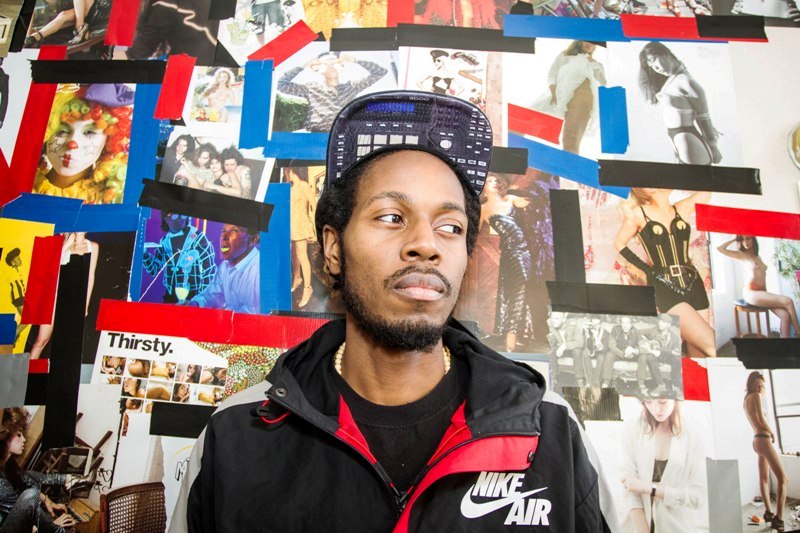 “I’d meet up with (producer) Nick Wisdom every day at Bagels Etc. I’d have a tea and he’d have like a huge breakfast and we’d talk about the project and then head to the studio,” says J, musing on his immersion in Montreal, where he has lived for the past two years with his girlfriend/manager Marialys Diaz (aka Maya Dee).

It was here that Illa J connected with Vancouver-based production duo Potatohead People (Wisdom and partner
AstroLogical) and created his self-titled, sophomore solo, Illa J, out Oct. 9, the follow-up to his 2008 LP debut, Yancey Boys.

Since then, collabs with Slum Village and longtime friend and music partner Frank Nitt have kept him in the studio and on the road, but J is excited to be back out on his own.

“My first album, like anyone’s first album — you’re just excited that you’re making an album!” he reflects . “There’s a lot about the craft I’ve learned and gotten better at since then. (So) I don’t regret having seven years between my first and my sophomore. It gave me a chance to grow. It’s so important. I feel like the sophomore effort is make or break.”
Here are some of Illa J’s thoughts on making it in Montreal.

“I use the metro a lot here, and in Detroit I didn’t really do that. So it’s kinda cool. In Detroit you gotta drive, pretty much. If you’re goin’ to the club and plannin’ on drinkin’, you gotta have somebody who’s ready to drive. Here it’s just like, ‘I’ll take the metro to the club.’ I think it’s kinda dope ‘cuz you can just kind of, not drive.

“(But) in Detroit, it’s a normal thing to ask somebody for a ride. Like, ‘Hey, can you drive me there?’ Here, they expect like, ‘Well, I’m driving, so just meet me here.’ Usually in Detroit we’d just go pick you up from wherever your crib is.’ (Here) it’s like, ‘I’ll meet you at Côte-des-Neiges’ or something, just pick a random metro stop.”

“I met (Nick) in Vancouver at a show. Frank Nitt had worked with him first. (Meeting again) out here is one of those things that really feels like it was meant to happen, us working together. I mean, we ended up making this project, my second solo. For me it’s like a new chapter in my career, in a way, because it’s my first time being able to show people what I can do, me as an artist, outside of, like…yes, I’ll always be ‘Dilla’s brother,’ and I embrace it, but there’s so much more to my work.”

“(Kaytranada’s brother) Louie P, it’s a connection I got with him in a sense, where like, we have this whole thing with our brothers being these big producers. Only certain people would be able to relate exactly to that. So it’s kinda dope. I’m out for him because I feel like he has a lotta talent and he’s gonna take it somewhere.

“The misconception is that well, like, ‘Okay, you’re the little brother of this person. You’re automatically gonna get put out there.’ But I’m like, actually, it’s the opposite. Yes, there’s a lotta connections there. But I gotta prove, over, like…look, the average person starts out, and there are no expectations at all. I come in, I already have expectations. Before you even heard me, you have no idea who I am, but you already have expectations. Which is crazy.

“Yeah, you can know all the right people and they could all think you suck.”

“I grew up bowling. I’m actually a really good bowler. At the top of my game, I got a 208 average! I’m really good. My dad was really good too. My dad’s nickname when he bowled was ‘Mr. Profile’. It looked like, when he bowled, for example like, if there was a trophy of bowling, he had the perfect statuesque bowling form. It was crazy. He’d put his bowling ball on the arrow and it would curve all the way to the edge, then straight to the pocket. And he would strike.”

“I’ve learned over the years it’s better to have a small crowd that loves your shit than a big crowd that are like, ‘I kinda like it’. You don’t want ‘kinda cool.’ I’d rather have love or hate. Because if someone super loves that shit, they’ll tell all their friends about it and eventually you look up and you’re surprised about where all these people came from. But it’s because you focused and built.” ■