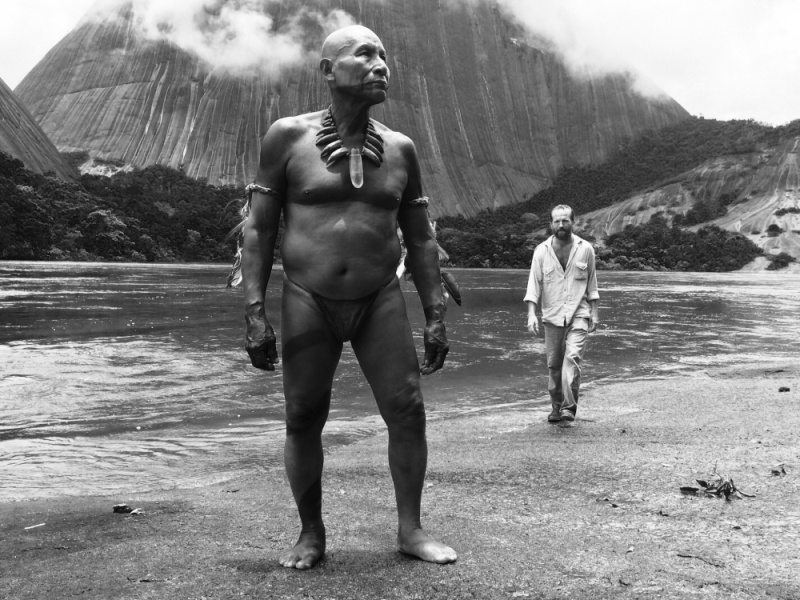 The Festival du nouveau cinéma runs through Oct. 18. Here are reviews of two films that have their first screenings at the festival today.

Embrace of the Serpent

Colombian director Ciro Guerra takes on colonialism, the destruction of indigenous culture and the terrible impact of Europeans in Central and South America in his ambitious black-and-white odyssey, Embrace of the Serpent.

Loosely based on two scientists’ travel journals, Guerra follows two parallel narratives set decades apart. One tracks Theo (Jan Bijvoet), a German explorer dying of a mysterious illness. With the help of his guide Manduca (Miguel Dionisio Ramos), Theo seeks out the help of a young indigenous shaman named Karamakate (Nilbio Torres), whom he believes can lead him to “yakruna,” a flower that will cure him. In exchange for his service, Theo promises to find the other lost members of his tribe.

Years later, we see Evans (Brionne Davis), an American scientist, on the same journey, reaching out to a much older Karamakate (now played by Antonio Bolivar Salvado Yangiama) to find the same mysterious flower.

The two journeys hit different notes. Theo’s is still full of hope, the indigenous tribes seem to trust him, Karamakate is curious and tolerant of his demands. They stumble upon a Christian mission run by a tyrannical priest with a shotgun and proceed to knock him out so the kids can escape. Theo also gets angry at another tribe for stealing his compass, fearing that it will corrupt their “purity.” Meanwhile, Evans’ journey is much more heart-wrenching. The destruction of the land by the rubber barons has taken full effect. Karamakate no longer remembers his people’s traditions, that same mission is run amok by a self-proclaimed messiah and his army of drunken stooges and there’s a grim, defeatist sadness permeating every shot.

While the ending is a bit weird, the rest of the film is a stark, poetic tribute to Colombia’s indigenous people, one that may hit close to home for a Canadian audience with its own tormented colonialist history. (Roxane Hudon) 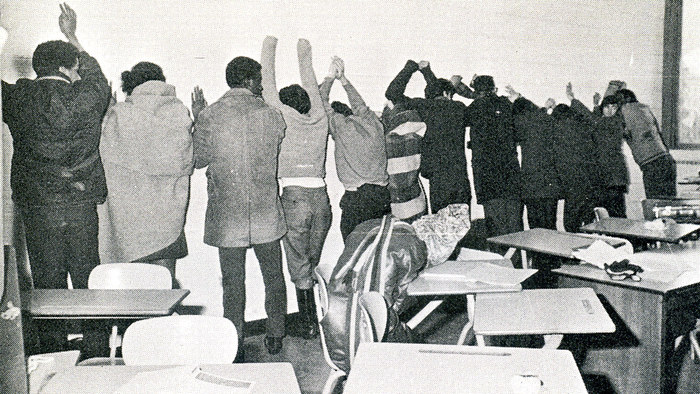 Even as a Concordia student, I was only dimly aware of the Sir George Williams computer riots of 1969; this is certainly partially because it’s not the kind of thing an institute of higher learning is necessarily happy to toot its own horn about 40 years down the line, but also possibly because civil disobedience and unrest in the student population has become more commonplace since then. Whatever the reasons, this remarkable moment in Canadian civil rights history is profiled in Mina Shum’s Ninth Floor, which outlines the moment in which eight black students at Sir George Williams University accused a professor at the school of deliberately giving preferential treatment to white students. When the university basically ignored their claims, they occupied the computer lab on the ninth floor of what is now the Hall Building. 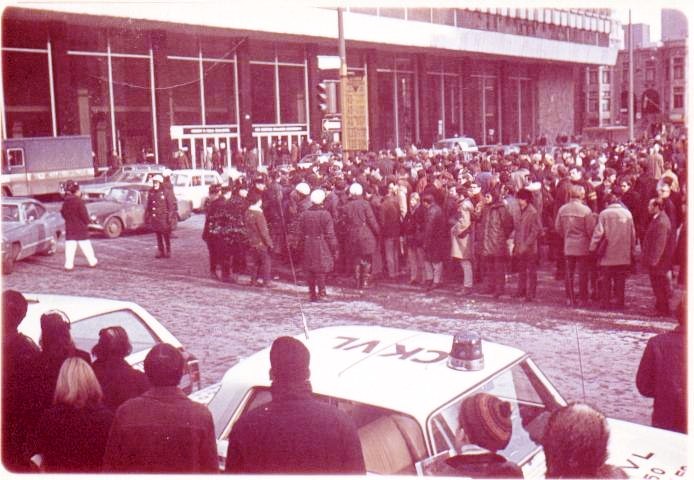 Shum is faced with a dilemma that is fairly typical in the documentary world: in order to make a film that’s more than just talking heads interspersed with archival footage, she has to shoot some new stuff. What she settles on is ambling footage of interview subjects walking around the metro or Habitat 67 that’s slipped under their voiceover. It’s only somewhat effective in the long run: it sometimes feel superfluous (not sure what Habitat 67 has to do with anything, besides being instantly recognizable) and more than a little repetitive. Thankfully, the film is engrossing and incendiary, giving unprecedented insight on an event that should not be forgotten. For all of its NFBness, Ninth Floor feels like an important documentary. (Alex Rose)