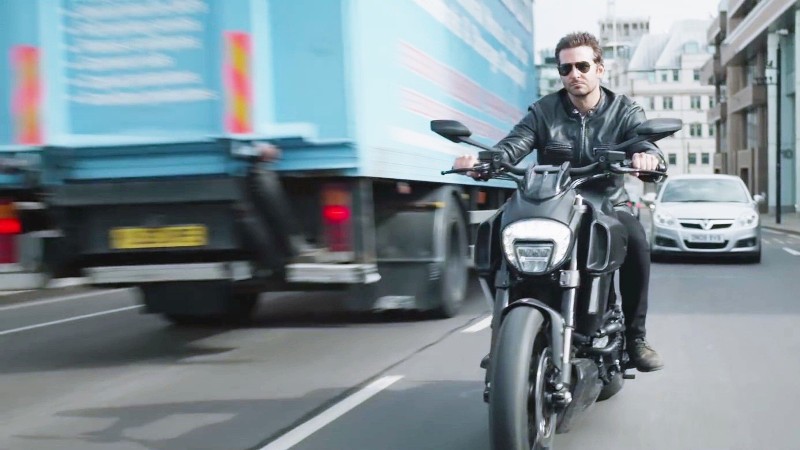 The movies love a soulful badass: unshaven, leather jacket-clad, difficult, sitting by himself and staring at tables because he just can’t deal with himself and his profusion of conflicting emotions anymore. John Wells’s Burnt has Bradley Cooper in the role of the über-soulful badass, a dude so fucking unpleasant that we’re told his current state of toxic anger, delusional perfectionism and incessant brooding is actually a vast improvement over who he used to be. The anti-hero is certainly not a new concept in storytelling, but I’ve rarely met a protagonist in a film that I less wanted to spend time with than Cooper’s perpetually pissed-off Adam Jones. It’s one thing to make the protagonist of your film a total raging dildo — it’s something else to withhold his redemption for most of the film because he’s so damn good at pan-frying a piece of fish.

Adam Jones (Cooper) was once one of the world’s top chefs, a two-Michelin-star wunderkind who was the toast of the town in Paris. Unfortunately, his devil-may-care bad boy attitude got the better of him. Multiple debts and addictions ran him out of town and we find him in self-imposed exile, shucking oysters in New Orleans. Once he completes his penance of one million oysters, he returns to Paris and basically forces his old partner Tony (Daniel Bruhl) to hand over the hotel restaurant he runs so that Jones can win his third Michelin star. 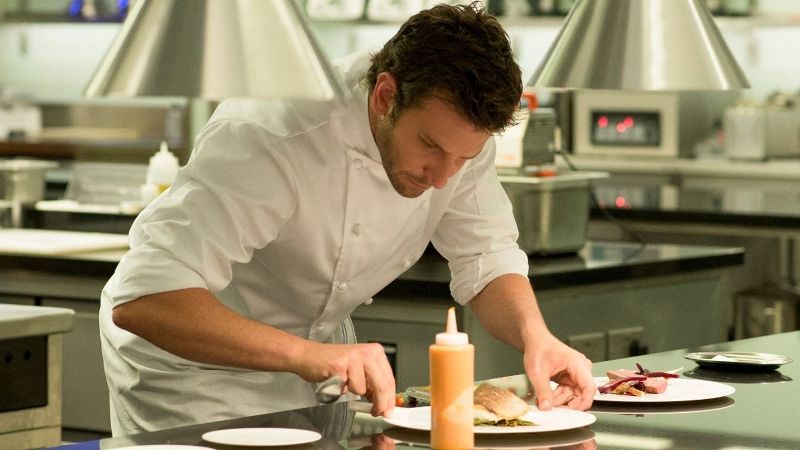 Jones runs the kitchen like a tempestuous toddler. He never settles for anything other than perfection, hurling plates at the wall with surprising regularity and brow-beating his team (which includes Sienna Miller as Jones’s equally tempestuous love interest and Omar Sy as a former Parisian colleague that Jones fucked over in a drunken stupor) for the littlest things. Jones puts culinary perfection above all else, including long-standing drug debts, Tony’s unrequited love for him, his tempestuous romantic past with the daughter (Alicia Vikander) of his deceased mentor and making amends with his former best bud Reece (Matthew Rhys), who runs a hip molecular gastronomy restaurant that Jones is (of course) contemptuous of.

It’s hard to explain exactly how much of an asshole this character is. Through exposition, we’re told that he was essentially a coke-snortin’, wife-bonin’, heroin-injectin’ dervish from the pits of hell before his self-imposed exile, as if this is supposed to put his current “zen” (i.e. sober but always angry, brash and cutting) persona in a whole new light. He’s extremely difficult to relate to and, as in most films about tempestuous geniuses, his work is supposed to make up for his extreme turd behaviour. Unlike a film about a difficult musician or sports figure, however, transcendent cooking is harder to convey on-screen — the food may look delicious in a Food Network kind of way, but the audience cannot experience it in the way they do a song. A miraculous chord progression can be heard, but a perfectly seared bit of foie gras can’t be tasted through the screen. Some of the best food films (Big Night, Le festin de Babette, Tampopo) pull this off, but they’re not entirely consumed by the emotional ramblings of a perpetually angry jackoff, either.

It would help if Burnt were a story of redemption. While it does attempt to soften up Jones by the third act, it feels more like a heist film in structure as Jones gathers the old crew back together again and sets about getting that elusive third Michelin star. It’s kind of an interesting set-up for a film of this type, since the majority of these are just a straight up rags-to-riches story, but nothing about Burnt ever takes off. There are a lot of incidents in Burnt but not much actually happens. It’s just the dramatically inert story of an asshole making cakes. ■