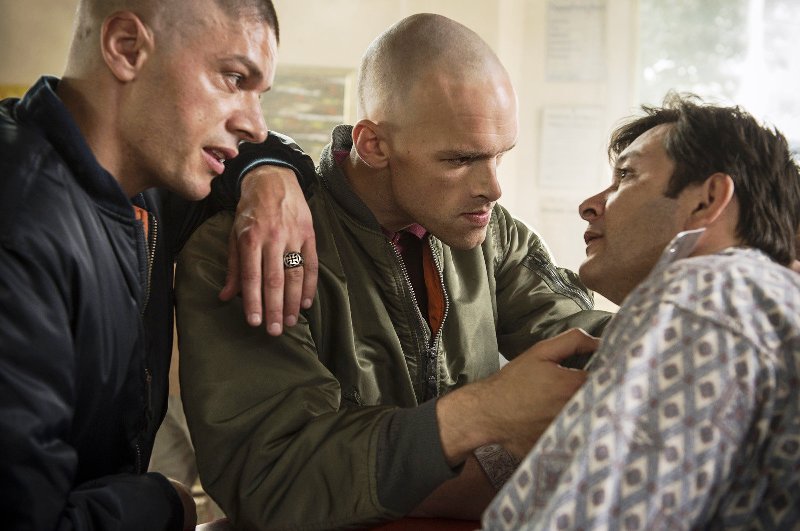 In a perfect world, the choose-your-own-adventure nature of TIFF would mean that I would be able to perfectly calibrate a schedule that wouldn’t be chock-a-block with neo-Nazi violence, pedophile priests and gang rape. The programming of TIFF is diverse enough that you can temper out the most intense parts of your schedule with something lighter — usually.

The way the chips fell on my third day of TIFF meant that I was taking some chances on some less publicized titles — “discovering”, as it were, some of the bleakest and most hopeless titles on the slate this year. Today was an okay (but undeniably depressing) day.

A lot of films about skinheads and neo-Nazis are faced with the unpalatable prospect of actually appealing to the groups they shouldn’t; films like American History X and Romper Stomper have had a rather checkered history of being embraced by exactly the kind of fascistic meatheads they’re meant to take down. Accurately depicting heinous actions perpetrated by fascists also happens to look enormously like the kind of thing that fascists enjoy, so the fact that Diastème’s French Blood had a checkered release in France due to threats from far-right groups says a lot.

The film spans 30 years in the life of Marco (Alban Lenoir), a young man from inner-city Paris who spends the early years of adulthood terrorizing everyone who isn’t just like him. Marco’s anti-immigrant, fiercely nationalistic ties run deep, and much of his early life is speckled with the blood of those who got in his way. As he ages, however, his die-hard allegiance to his convictions fades as his friends move from curb-stomping to political rallying and he slowly drifts away from his original hardline stances on life.

French Blood (released in France under the significantly less auspicious title of Un français) starts off pretty brutally but soon works its way into a deliberately-paced character study that’s not so much about fascism but really about the slow eroding of conviction and the inevitable ravages of time. In a way, it stands as a perfect companion piece to Mia Hansen-Love’s Eden (shown at TIFF last year), a deliberate study of one man’s utter faith in house music eroding over time. As violent as the early stages of the film are, it’s the film’s later acts that really stick in your craw as Marco moves from reactionary crackpot to bitter loner and just fucking stays there. French Blood has some serious momentum issues around the midpoint, but it’s a truly melancholy, affecting character piece.

French Blood is not currently slated for a Montreal theatrical release. 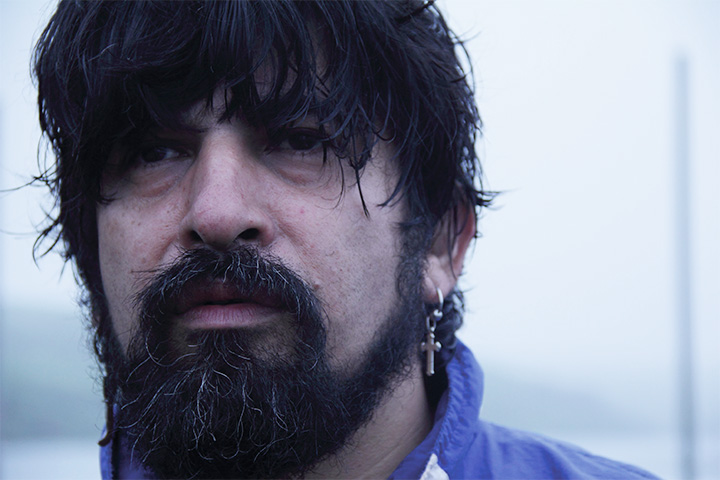 TIFF’s website describes Pablo Larrain’s The Club as a dark comedy, which suggests there are laughs (or at least giggles) to be had in the midst of this bleak 98 minutes. Nothing could be further from the truth — The Club is a comedy in the sense that it is a venal excoriation of the establishment and moral relativism in the eyes of faith in the same way that a satire would. Larrain may be “poking fun” in the broadest way possible, but the film is as excruciatingly personal and painful as it gets.

Four men live under the care of a nurse in a Chilean village. When a fifth man joins them, we learn they are priests that have been excommunicated from the church for various moral transgressions (aka pedophilia, mostly). They spend their days training racing dogs, supported by the church indirectly, until the fifth priest shows up and immediately draws the ire of a drifter who claims to have been abused by the priest as a boy.

Larrain is absolutely savage in his takedown of the church and its rather fluid code of conduct. The film seems less like a satire and more like a vicious, point-by-point takedown of various abuse issues within the church. It’s not nearly as funny as the program notes led me to believe, but it’s a hell of an affecting bummer. The Club’s power is sometimes undone by Larrain’s rather obtuse approach to the material, but an even more literal one is almost too much to bear.

The Club is not yet slated for a release in Montreal, but it has been selected as Chile’s entry in the Best Foreign Film race at the next Academy Awards. 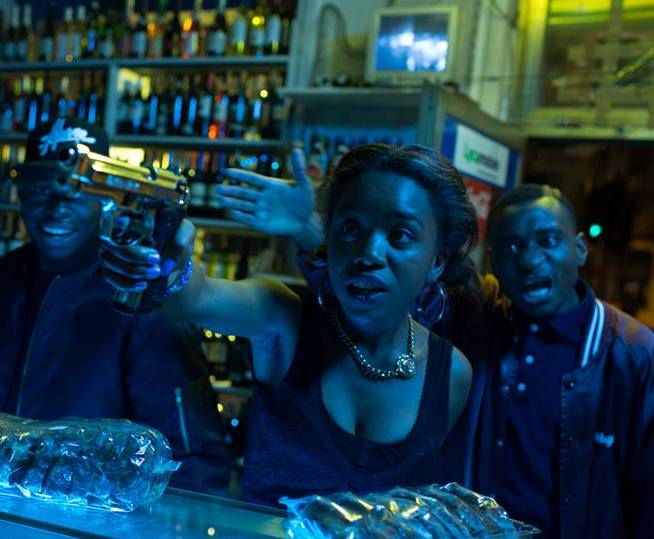 Evidently, Romeo & Juliet and Kids are the two most important texts in the teenage canon. They’re certainly the two most important ones in Black, a sort of hyper-gritty reboot of West Side Story that trades backlot NYC for modern-day Brussels and scarf-based squibs for brutal rape scenes and incessant violence. What Black wastes in wayward-youth clichés and explicit melodrama, it attempts to make up in spontaneity and intense direction. Maleva belongs to her cousin David’s all-black street gang, the Black Bronx; Marwan cuts his teeth in the 1080, a mostly Moroccan gang that doesn’t quite have the Black Bronx’s aggression but tries to make up for it in pure mettle. A chance encounter between the two in a police station leads to a fledgling romance, which complicates things between the two warring clans and exacerbates the already intense conflict between the two factions.

Black is both graphic and immature, the kind of film that confounds arterial spray and nudity for profundity. While it’s hard to not admire directors Billal Fallah and Adil El Arbi’s chutzpah, it’s also difficult to truly identify with these characters as they go through a seemingly endless amount of violence altercations. By the third gang-rape scene, it begins to feel less like grit and more like empty provocation. The film is propulsively constructed and tremendously well-acted, but the whole thing feels like the world’s most explicitly sexual and head-splittingly violent after-school special by the halfway mark.

Black is not yet slated for a Montreal theatrical release.

Keep an eye on Cult MTL for daily TIFF coverage through Sept. 20