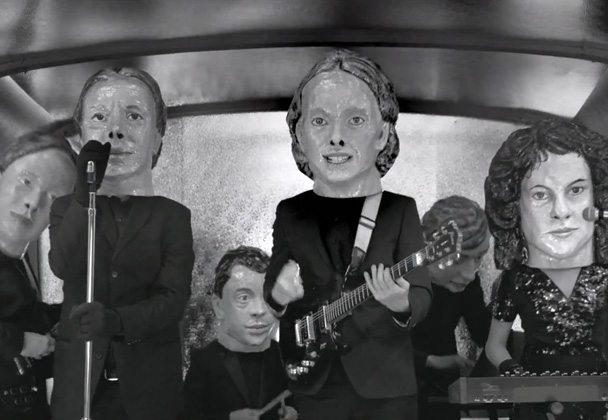 Get acquainted with the Le Mois de la Photo exhibitions currently on display at the Belgo Building with a guided tour, taking place every Thursday for the next four weeks. Registration required. 372 Ste-Catherine W., 2:45–4 p.m., free

Today’s POP Montreal programming includes two notable film screenings; the premiere of Des jeunes gens modernes, about the post-punk and no-wave scene in France from ‘78–’83 screens at POP HQ followed by performances from Police des Moeurs and Xarah Dion (3450 St-Urbain, 5 p.m. screening, 6:45 p.m. performances, $15). Uptown at The Rialto, check out a screening of The Reflektor Tapes, following The Arcade Fire from Montreal to Jamaica and Haiti and back again, through the conception and execution of their 2013 album. Stick around for an afterparty in the Rialto’s POP Clubhouse zone with sets from DJs Windows 98, Young Galaxy, PS I Love You and Noah Bick. 5723 Parc, 8 p.m., $12.50, afterparty is free.

If dance is more your thing, check out Tangente Danse’s new production, a double-header including The Trouble With Reality, a humorous rock ‘n roll infused duet about finding your identity, followed by No Fun by Helen Simard. Monument National, 1182 St-Laurent, 7:30 p.m., $19–$23, continues to Sunday