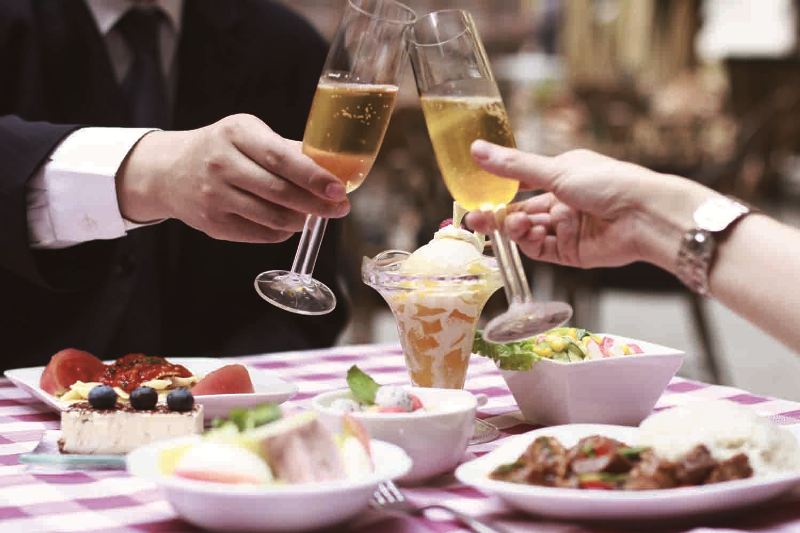 As teachers walk the picket lines today, the first of six rotating one-day strikes by the Fédération autonome de l’enseignement, many have packed a box lunch, probably consisting of a sandwich, some fruits and vegetables, maybe with a slice of cheese and some crackers.

The Quebec cabinet will also be eating lunch at their regular 11 a.m. meeting. On the menu provided by one of six catering firms will be a selection of tantalizing meals that will cost taxpayers $54 per minister per meal, according to documents obtained by Canadian Press. In 2014–15, the free lunch amounted to a $1,404 perk for each minister for the 41 catered meals.

When teachers themselves give up their lunch hours to serve on various government consultative committees and the like, they’re reimbursed just $14.30. And when they give them up to supervise extracurricular activities or to help struggling students, they don’t receive a cent. The government doesn’t even count it as time worked.

The contrast between the belt-tightening rhetoric of Quebec’s Couillard government and its own actions isn’t lost on the half a million employees whose contracts are currently being negotiated. While teachers and nurses are being told they must work longer and harder for less, Liberal MNAs are clamouring for 50-per-cent pay hikes while ministers are chowing down on “filet mignon porc, sauce pommes et calvados” or “parfait de foie gras, toast de brioche à la tapenade de truffe et champignons.”

Even Marie Antoinette would be red-faced at the optic of lobster lunches served up at meetings where ministers are demanding that one of the lowest-paid teaching forces in Canada accept a two-year wage freeze and an increase in their “official” work week from 32 to 35 or even 40 hours.

As a mother of four, Marie would have immediately recognized the validity of the teachers’ argument when they note that “our working conditions are your child’s learning conditions.” She might even agree that increasing class sizes are bound to hurt students’ chances for success and that budget cuts that have reduced library hours and decimated pedagogical counselling services will hurt learning both inside and outside the classroom.

Of course, eliminating bourgeois box lunches or even MNA pay hikes won’t be enough to balance the budget. While such excess is symbolic of a political elite that is blind to its own privilege, it’s a drop in the budget bucket.

The loss of government income through tax avoidance, however, is not.

While tax evasion is illegal, tax avoidance is rampant in Quebec and elsewhere. The Canada Revenue Agency defines avoidance as “actions … taken to minimize tax, while within the letter of the law, those actions contravene the object and spirit of the law.”

It’s a bit of a strange definition, given that it admits the flaw comes from having laws whose objectives and spirit can be easily circumvented. It’s a little like chastising water for leaking out of your rusty pipes, but whatever.

The federal treasury is estimated to be losing as much as $8-billion a year in revenues from $170-billion in assets tucked away in some 70 off-shore tax havens. Quebec, to its credit, has finally decided to take a hard look at the problem and has created a parliamentary commission that is examining the problem of tax havens. The commission hearings start today, but there’s a minor problem:

All of the banks and financial firms invited to participate in the hearings have declined an invitation to attend. The major banks — which are all on the top 10 list of Canadian profit-makers — instead passed the buck to their lobby group, the Canadian Bankers Association, which also declined the invite but sent a nice brochure, apparently, and maybe a toaster.

So Canada’s major banks and finance corporations evidently don’t give a rat’s ass about what Quebec politicians might think about tax avoidance schemes. They know that they have a friend in Ottawa who will help maintain the status quo and that they have the power to cripple any upstart new government that might be thinking about fixing the rusty pipes.

Maybe that’s why Quebec is acting like the kid who just had his lunch money stolen by the biggest bully in the school yard. Finance minister Carlos Leitao is turning to the even scrawnier kids and telling them it’s their turn to empty their pockets. ■