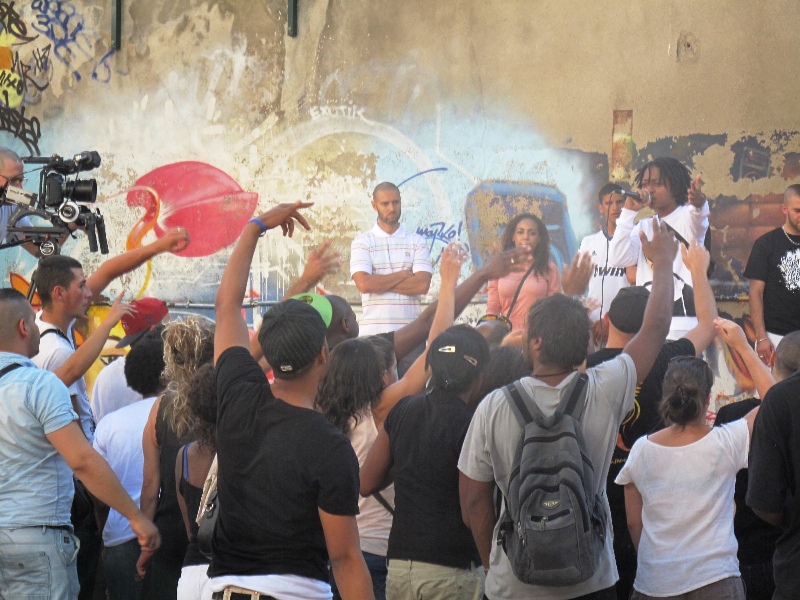 The newest edition of the Montreal International Black Film festival kicked off yesterday with a screening of the documentary Sweet Micky for President, presented by its producer, ex-Fugee Pras Michel. Another big ticket item is tonight’s screening of Selma, introduced by Martin Luther King III and featuring a post-screening panel discussion led by Dr. King’s son.  The festival runs through to Oct. 4 in a variety of venues around town.

Highlights of this year’s program include Cavi Borges and Luciano Vidigal’s Cidade de Deus 10 Anos Depois, a 7 Up-style documentary that follows the lives of the young stars of Fernando Meirelles and Katia Lund’s landmark crime film City of God in the aftermath of the film’s release. Dennis Rodman’s Big Bang in Pyongyang details the highly mediatized bromantic relationship between the colourful ex-Chicago Bull and North Korean despot Kim Jong-Un — if you miss the MIBFF screening, never fear: it’s also screening at Festival du Nouveau Cinéma a week later. James Lipetzky’s License to Operate follows former gang leaders who team up with community organizers to fight crime in South Central Los Angeles. Souleyman Cissé is one of the most prolific and popular Malian directors of all time; he brings his latest documentary O Ka to MIBFF (Cissé will be in attendance). Closing out the festival is Stanley Nelson’s The Black Panthers: Vanguard of the Revolution.

John Boyega was originally noticed in Attack the Block, but he made very few movies between that breakout and his new, highly publicized role in the Star Wars series. After Half of a Yellow Sun (which played the fest last year), Boyega appears alongside Glenn Plummer and De’Aundre Bonds in the inner-city drama Imperial Dreams.  Sharon Leal and Larenz Tate star in White Water, a film set in segregated Alabama about a seven-year-old boy who becomes obsessed with drinking from the whites-only water fountain. Aunjaunue Ellis, Joaquim de Almeida and Bill Cobbs star in Of Mind and Music, a New Orleans-set drama about a street musician with memory loss and her relationship with a neuroscientist who wants to help her. The film has already garnered multiple awards in other festivals, including the audience award and Best Actress at the American Black Film Festival in Miami.

There are also films from across the world, including French director Christophe Gros-Dubois’s Las Vegas Hotel, Nigerian multi-hyphenate Stephanie Linus’s Dry (about child brides in Nigeria and the loophole in the law that allowed it to be a recurring phenomenon), Pascal Tessaud’s Brooklyn (actually set in the world of Parisian hip hop, despite that title) and the South African coming-of-age story Thina Sobabili: The Two of Us. Also representing South Africa at the festival is Breathe Umphefumlo, a re-imagining of La bohème that played at the Berlin film festival last year. Animated features are not usually too plentiful on the MIBFF slate, but Alain Bidard’s Battledream Chronicle, a slavery sci-fi parable out of Martinique, seems poised to buck that trend.

There are, of course, a tremendous number of short fiction and documentary features programmed at MIBFF. Some of them are paired with the features and others are presented as part of a shorts program. You can find the full slate of programming here. ■