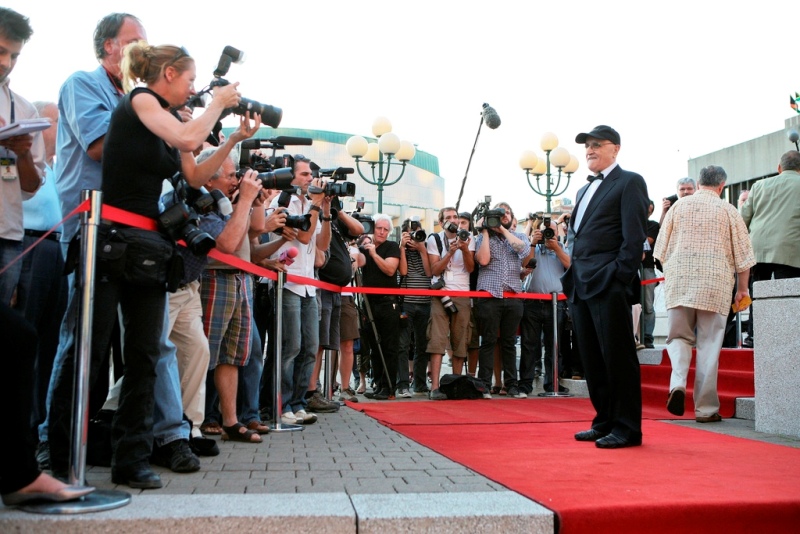 See the first part of this report here, and the second part here.

Here is a list of films that were either directed by major filmmakers or given an important release that have appeared in competition at the Montreal World Film Festival since 2005: Un secret (Claude Miller), Go Go Tales (Abel Ferrara — still unreleased in any format in North America), Ben X (Nic Balthazar), Ce qu’il faut pour vivre (Benoît Pilon), Coteau rouge (André Forcier), The Last Sentence (Jan Troell) and Jappeloup (Christian Duguay). That’s about it. Other films with impressive pedigrees have played it here and there (most notably the films of Raoul Ruiz — it seems nearly every one of his films premiered at the festival), but we’re a far cry from even that Dick Van Dyke killer priest movie (directed by Stanley Kramer) I mentioned in the first installment of this report.

This, of course, does not mean that the festival has only programmed bad movies. I’m sure there were plenty of under-the-radar gems interspersed in those 10 years, but a program based entirely on unknown films causes two kinds of problems: first, it alienates a large swath of the movie-going public who, upon picking up the program, are faced with a never-ending barrage of things they don’t recognize. If you want your for-profit film festival to turn a profit (and Losique has, admittedly, not been very clear on this being his intention in the last few years), then people have to actually plonk down some money for tickets, and people tend to want to know what they’re plonking down their money for. A disturbing percentage of the films in the program this year are straight-up impossible to even Google — even a small percentage of recognizable titles at festivals gets asses in the seats and are likely to push people to check out other things.

Second, it makes the festival increasingly worthless as a marketplace. One major criticism in the early years of the MWFF was that Losique placed too much of an emphasis on the financial side of things, bragging to the press about sales and distribution deals that were happening during the festival. Now, the opposite is true: few if any of the programmed films get a North American distribution deal. They’re content with putting their inclusion in the festival in the footnotes of their press kit and going on their merry way. I’m sure most would argue that art trumps finance, but quality art needs quality financing. Movies that have no chance of getting picked up won’t make much of an effort to land on the program, and the vicious cycle boils down to tiny films without the required cachet to get into other festivals and one-in-a-million longshots from Uzbekistan whose producers are just happy that the film gets seen outside of their home turf.

These factors developed gradually, chiseling away at the festival year by year. As it turns out, there’s more to the tarnishing of the festival’s reputation. In 2004, the marketing and strategy firm Secor put out a damning report on the way Canadian film festivals are funded. The report made the MWFF look particularly bad, and both Telefilm and the SODEC withdrew all of their financing and instead focused their attentions on a new festival spearheaded by l’Équipe Spectra, the production company behind the FrancoFolies and the Jazz Fest. 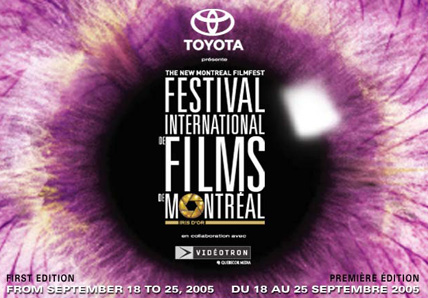 While Losique puttered around unfunded, the new festival (dubbed Le festival international du film de Montréal) crashed and burned spectacularly. A head programmer, Moritz de Hadeln, was brought in under the false pretense that the MWFF was folding (Losique was said to be retiring) and the Festival du Nouveau Cinéma’s activities would fold into the new fest — neither happened, and the new festival opened two weeks after the MWFF closed and two weeks before the FNC began, to everyone’s confusion and indifference. The competition line-up was comparable to the MWFF’s at the time, interspersing a few major works with obscure unknowns and bizarre left-field choices (like the Jason Biggs vehicle Guy X). Most events were sparsely attended — de Hadeln’s own website shows director Doris Dorrie walking down the red carpet for the world premiere of her film in front of basically no one — and the FIFM folded soon after its first edition. To add insult to injury, Losique started getting trigger-happy with the lawsuits, suing both Spectra and de Hadeln. This giant clusterfuck was dubbed “La guerre des festivals” and made headlines the world over.

Meanwhile, Losique prepared for his first MWFF without government funding by programming Karla, a junky exploito version of the Karla Homolka story starring Orange Is the New Black’s Laura Prepon and directed by longtime B-movie hack Joel Bender (whose previous work includes a couple of episodes of Sweet Valley High and something called Gas Pump Girls). Losique made the announcement with great pomp and circumstance, but even this master of spin and spinning turds into gold could not have foreseen the toxic public reaction to the presence of the film on the program. The families of Homolka and Bernardo’s victims were incensed and, after much hemming and hawing in the media and Air Canada (one of the festival’s major private sponsors), Losique pulled the film from the festival. 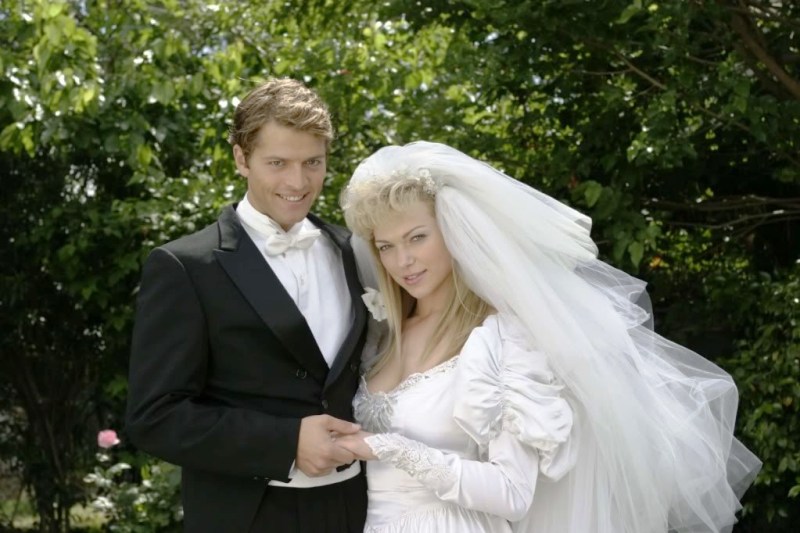 I’ve seen Karla — it’s pretty bad in a sort of generic way, but it’s not more offensive or gory than any number of serial killer movies are. It’s low-rent and hastily put-together and basically in no way the kind of movie that should premiere at a festival. It’s designed to line video stores shelves or the more unsavoury end of your Netflix scroll; it’s exploitation, not art, and while I’d argue there’s a place for that, its presence in the program of a once world-renowned festival stinks of desperation. The MWFF was not above programming violent junk expressly for controversy — the 1985 Charlie-Sheen-on-an-angst-fuelled-killing-spree movie The Boys Next Door was in competition in 1985 — but when that’s the only thing that stands out in your overstuffed program, it’s hard not to accuse you of trying too hard.

And thus the MWFF began to bleed out; slowly at first, but showing no signs of stopping over the last decade. The SODEC and Telefilm funding came back by 2007 and even hit record heights of $1-million in 2010, but the programming never really recovered from its initial fall. Funding was stripped once again last year, and the 2015 edition of the MWFF has been fraught with problems. T’Cha Dunlevy at The Gazette reported many seasonal employees complaining of not getting paid; screenings were cancelled at the last minute while other films not on the program were announced by way of a small board in the lobby of the Imperial; Nathalie Petrowski in La Presse talks of a director who showed up for the premiere of his film only to find his picture in the program is of some other dude. By the time the festival wrapped up yesterday, several employees remained unpaid. Prizes were doled out, jury president Dany Laferrière gave an impassioned speech about love of cinema and Losique promised to be back next year for the festival’s 40th anniversary.

Turnout has seemingly been respectable considering the festival is a complete shitshow, but even our photo-op-loving mayor has taken to the media to ask Losique to step down. There’s been talk of the festival being taken over by Gilbert Rozon and Just for Laughs, which seems to simply echo the 2004 debacle; while there’s undeniably more capital and goodwill behind the JFL juggernaut, their own film festival (Comedia) came and went without much ado. Besides, wresting control of the festival from Losique is not likely to have any positive consequences — as we’ve seen in the past, the man is nothing if not tenacious. But Losique is also the only constant in the fest over its 40 years, and it’s impossible not to see him as the direct cause of the festival’s every failure (as well as every triumph). Serge Losique IS the MWFF; there seems to be little point in dissociating the two. 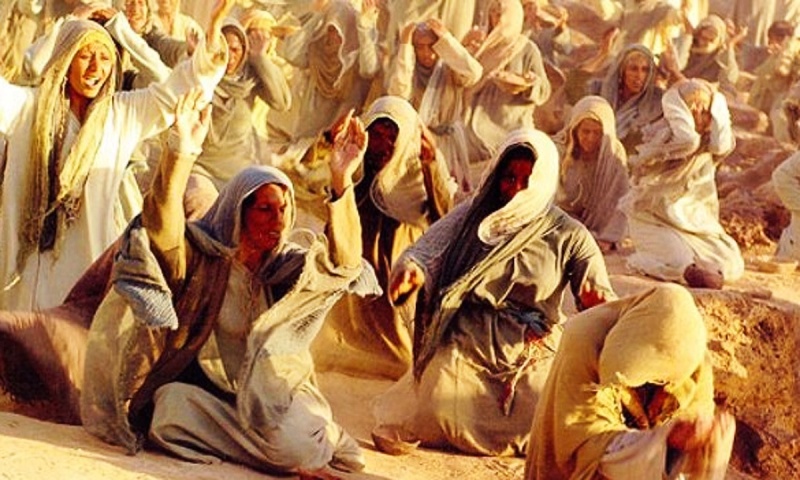 Muhammad: The Messenger of God

Walking by the Imperial on Labour Day, I was surprised to see a long line snaking from the Imperial to midway down the block on Ste-Catherine. It turns out the predominantly Muslim, predominantly 55+ crowd was lining up to see the last screening of the controversial Mohammed biopic that opened the festival. It dawned on me that perhaps this is the way the MWFF should go. No one who immigrates to Canada abandons their culture, yet there are few movie theatres that cater to immigrant populations in the sense that they play movies from their home countries. Some theatres sometimes offer a single, unsubbed screening of a Bollywood film, but almost everyone gets their fix from small, sparsely attended, country-specific film festivals interspersed throughout the year.

These festivals, as modest in scope as they are, seem to be doing fine. Obviously, I’m not advocating for the decimation of a bunch of tiny festivals built together with sweat and twine in favour of a government-funded behemoth, but films that appeal to a broader population (comedies, musicals, controversial biopics of religious figures who cannot actually be visually depicted) get asses in seats and the once-unimportable non-middlebrow cultural product of other countries is some of the only stuff that isn’t readily available on our streaming platforms. Perhaps splitting up the festival into clearer thematic programs would avoid the general crapshoot that is the current schedule.

The MWFF also programs an incredible amount of low-budget films by unknown filmmakers; most of them are first films, and many of them are the film’s only festival appearance of any import. I’ve had tons of acquaintances show films at the MWFF over the years, and the screenings served mostly as a friends-and-family premiere on the road to, unfortunately, nothing much else. If the MWFF continues to pride itself in this “discovery” aspect, then it has to do more for young filmmakers and independent producers with very little capital to spare. Simply taking the admissions fee doesn’t suffice; simply giving these films a half-full screening on a weekday morning isn’t enough. If the MWFF really is about championing the unknown, then it needs to get to the actual championing part.

I set out to prove if the MWFF’s programming was always shit — I learned that it wasn’t, not necessarily, but nothing lasts forever. It’s a tired and faltering festival, powered almost entirely by hubris at this point, but still chugging along. Both Odile Tremblay at Le Devoir and Natalie Petrowski at La Presse point out that the closing ceremonies were surprisingly well-attended — whether that speaks to a sizeable contingent that just chugs along no matter what or an actual improvement on the festival’s part is anyone’s guess. As I mentioned before, Losique has claimed the festival will go on next year, unperturbed.

And I guess I’ll be there — because no matter what I learned here, I still don’t really understand it. ■