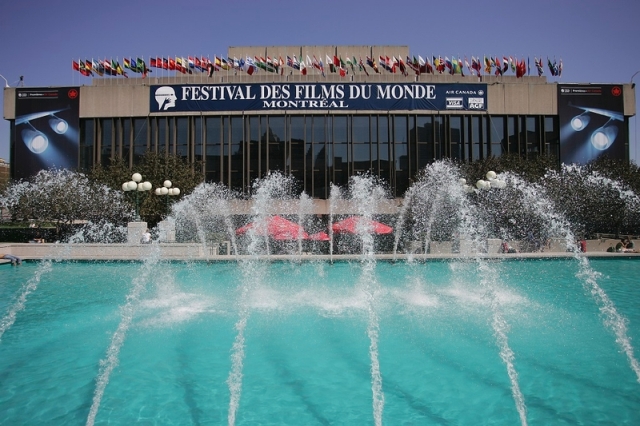 Following the announcement of the competing films for this year’s Montreal World Film Festival, which begins today, my reaction was the same as always: what is this? What are these? Who programs these and expects to fill up the Imperial with “one-legged-fisherman-builds-a-fence” movies? The popularity of Serge Losique’s bruised-and-battered festival (established in 1977) seems to be at an all-time low, with financing woes and criticisms galore in the last few years. Losique has said that the lack of films by established auteurs has always been a conscious decision and that the MWFF is and always has been dedicated to discovering new talents. I realized, looking at this year’s line-up: maybe Losique is right. I’m only 28 years old — I’ve lived in Montreal for nearly 11 years now, and I’ve been paying consistent attention to the festival scene for maybe five. This doesn’t really translate to a rounded view of this UFO of Montreal culture.

Was the MWFF always this shitty? Maybe it was. I’ve purported that the fest’s glory years must’ve been before the era of video, when the accessibility of foreign films was a lot smaller and thus their projection more novel — but I’ve never confirmed that with research. So I buckled down and I did the work: I was going to find out where the MWFF lost its way (if it ever truly had it) and what caused the decline, even if it meant leaving my house (gasp!) and maybe even using a fuckin’ library (double-gasp!) to back up my spurious claims.

History is written by the winners, they say, and this also applies to the MWFF. It is impossible to find a full list of the films in competition before 1997 — or, at least, impossible to find it online in an easily-referenced format. I wanted to see whether history had been kind to the films the MWFF had given prizes to in the early days, but in order to get a good picture of that notion, we’d also have to see what was passed over. It’s one thing to know that Robert Duvall was given Best Actor in 1980, but competition must’ve been pretty fierce that year. It was already obvious that some of this research could not be conducted online.

That said, Google led me to a book titled Canadian Film and Video: A Bibliography and Guide to the Literature from 1997. This is one of those reference books that gives you all the information you need to find the information you need elsewhere — fairly pointless in the days of the Internet, but it does include some choice excerpts from some of the articles it mentions. On an article from Montreal-based film magazine Take One in 1977 (one year before the official launch of the festival, it appears to have been a sort of test drive), you can read: Comments on the 1977 World Film Festival of Canada held in Montréal, Québec, relaying the rumour that no comprehensive pre-screening had been done by the pre-selection committee. Questions the quality of most of its Canadian entries.

Other writers speak of “disproportionately high amount of entries from France,” they reproach “a less than rigorous selection process for the films” not to mention “a jury devoid of young people or women,” “poor attendance and lack of glamour,” “failure to attract widely recognized directors and producers” and the list goes on. By 1980, the government is already said to be “lukewarm” on future funding.

One thing that’s certain with even cursory research is that Losique very quickly loses his pull towards assembling the jury: the initial jury in 1978 included Alain Delon, Sergei Bondarchuk, critic Charles Champlin, Carole Laure and Albert S. Ruddy (a Montrealer who co-produced The Godfather). The next year, the line-up is even more impressive: Sergio Leone, René Clément, Gratien Gélinas, Ted Kotcheff and Mordecai Richler. Granted, those juries are a little old-white-guy-centric for 2015, but consider the firepower they have compared to the jury in 1980, whose biggest names are Bruno Barreto (who was only 25 at the time!) and Curtis Harrington (director of The Dead Don’t Die and Killer Bees). Big names in the jury do not necessarily point to quality programming, of course (as a counterpoint, Fantasia has consistently great programming and pretty niche names on the jury), but on some level, the MWFF’s decline began early on.

I managed to piece together an idea of the films in competition in 1980 using a few articles written by Richard Gay in Le Devoir. He claims 1980 to be a vast improvement over the first years of the festival, despite funding controversy (that old chestnut) that resulted in fewer stars and less glamour being present. He details with incredulity a 9:30 a.m. screening of the latest Godard film (Sauve qui peut, starring Jacques Dutronc) selling out — something unlikely to happen these days, but this proves that the festival’s unnaturally early screening times are nothing new. Gay also points out that the festival’s technical aspects are a bit of a shitshow — bad sound, out of focus projections, off-kilter framing — at nearly every screening except the opening and closing films. Speaking of those (The Lucky Star and The Apple), they are ridiculed in nearly everything I’ve read from that year (Menahem Golan, director of The Apple, reportedly considered suicide after the disastrous reaction his space-disco musical received). Gay finishes the piece by saying that no less than eight of the films in competition that year were released locally immediately following the festival.

By 1982, the festival seemed to be doing better. Another article by Gay in Le Devoir previewing the MWFF claims the festival is more popular than ever with the public, but controversial within the industry, who see its programming as a bit of a rigged system. Losique was offered a job with Gaumont that year; the multinational had a hand in some film distribution, which led many in the industry to cry wolf and remove their films from the festival. This led to some films being pulled off the schedule (including Werner Herzog’s Fitzcarraldo). Like most festivals, the official competition of the ‘82 MWFF didn’t include the best stuff playing that year, but the out-of-competition line-up included films by the Taviani brothers, Godard, Fassbinder, Ettore Scola and Sergei Bondarchuk. Major prizes eventually went to Brimstone & Treacle (an adaptation of a Dennis Potter play starring Sting), the Argentinian revenge thriller Time for Revenge (sort of obscure, but still apparently being remade next year) and the very strange midnight movie Liquid Sky. A bizarre line-up, to be sure, but not uninteresting.

Reading about the early years of the festival, you come to a few conclusions. The first one is that fundamental changes in film distribution have made modern-day criticism of those early editions somewhat impossible. Many of the films in competition in 1980, for example, had already been released for a while in their native territories. Robert Duvall won the best actor award from The Great Santini (one of the eight films released in theatres following the festival), but the film had already hit American screens and bombed hard in October of ’79. It was already screening on a primitive version of HBO by the time it hit the MWFF in August of ’80 and eventually got Duvall an Oscar nomination. Distribution was weirder and more scattershot with no home video system in place and, since it wasn’t commonplace for films to get wide North American releases at the same time, it’s difficult to judge the MWFF on the timeliness and/or relevance of the films it screened.

That having been said, they were making very weird screening choices even then. The fact that the competition has space for both a Dick van Dyke killer priest movie (!) and Shohei Imamura’s Vengeance Is Mine alongside a handful of Italian romantic comedies is weird enough – that the Grand Prize goes to some movie called 1+1=3 that is both unknown and ungoogleable seems almost parodic.

At its best, the fest seemed to be more or less where Festival du Nouveau Cinéma is now: playing films that are (for the most part) ending their run on the festival circuit with a smattering of local and under-the-radar selections. FNC, of course, grew into that from a fiercely non-commercial underground film festival that began years before the MWFF; to compare their trajectories would be strange. MWFF did not seem like a terrible festival, particularly given the film landscape at the time: journalists tended to agree on the fact the festival’s growing attendance over the years proved there was a demand for quality programming in Montreal at the time. But it seems obvious that the seeds of the festival’s current woes were sown way back when. ■

See the second part of this report here, and the third and final installment here.