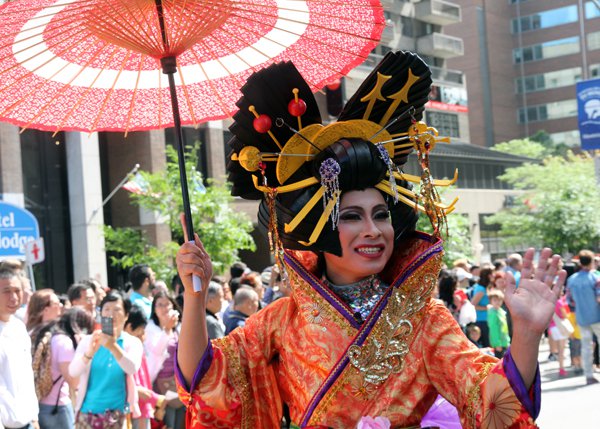 Today marks another edition of Restaurant Day, where dozens of tiny micro-restos run by your friends and neighbours will set up shop in parks, sidewalks, alleys and other nooks and crannies all over town. See a list of locations here, or the embedded map in TransitApp. Various times and locations

Show your support for Montreal’s LGBT community at today’s annual Pride Parade, which will light up René-Lévesque for a 2.6-kilometre celebration of diversity inspired by the theme ‘Our Flag, Our Energy’ and the rainbow flag’s yellow stripe. After the parade, close out this year’s edition of Fierté Montreal Pride at a huge dance party at Place Émilie-Gamelin. Parade departing at 1 p.m. from René-Lévesque & Guy, travelling east to Sanguinet. Dance party at Place Émilie-Gamelin (Ste-Catherine & Berri), 12–11 p.m., free

It’s the final day of the Montreal Reggae Festival in the Old Port, a celebration of island sounds care of artists such as Cocoa Tea, Tarrus Riley and Bitty McLean. See the festival’s website for the full line-up. Quay Jacques-Cartier, 3 p.m., $70

Find out all about Montreal’s street art masterpieces in a guided walking tour through the Plateau neighbourhood where the work of world-famous muralists sits side-by-side with burners, wheatpastes and sticker slaps of our very busy homegrown artists. Departs from corner of Mont-Royal & de Bullion, 3 p.m., PWYC