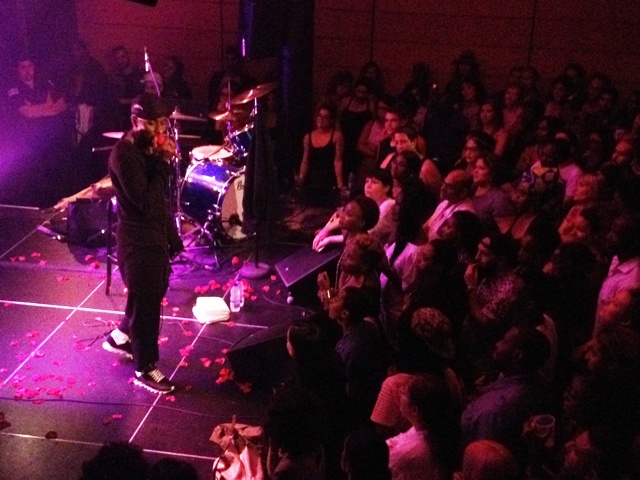 Yasiin Bey on stage at the Phi Centre

Wit, precision, timing, appeal, relevance and mic/stage presence are qualities that distinguish both the MC in a crowd of rappers and the purebred comic from the rabble of jokers.

The right balance of all of these components is crucial to both forms of expression, and if you have them, you can kill a stage. So it’s actually kind of strange there hasn’t been more crossover between these two lanes. I mean, who hasn’t wondered what kind of rapper Chappelle would make? And who hasn’t asked themselves why Donald Glover doesn’t stick to mugging on camera?

But to be honest, I’d never really considered what it would be like if an established, credible hip hopper picked up the mic and just told jokes. And I may never have if Yasiin Bey (also known, perhaps in perpetuity, as Mos Def) hadn’t decided to launch his stand-up career at the Phi Centre in Montreal last night. 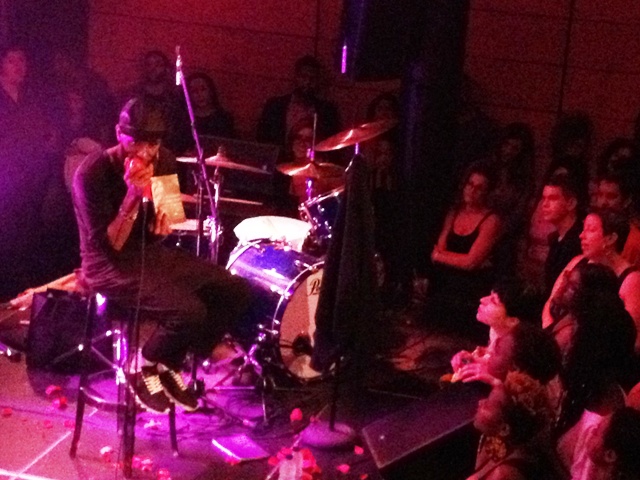 That was, apparently, an adlib, but it can now be said for the record that Yasiin Bey got jokes. Lots. Funny-as-fuck ones.

Slinking on stage to the rhythms of Kaytranada on the beat, Bey showered the stage and audience in rose petals plucked from a bouquet. Taking place behind a drumkit corner stage, he jammed along with the local talent before grabbing a hot red vocal mic, and sitting down on a stool centre stage.

“My dream had been to do stand-up comedy,” he deadpanned, “and I’m sitting down.” Having been “hijacked” by hip hop, Bey assured the room the dream was not a joke. “Don’t I look like I’m living my dream?” he continued, stone-faced, to loud laughs. “I’m here living my dream, and I look like Tyler on the cover of that album.”

Modern-day hip hop was in for a toastmaster’s roast throughout the evening, which began a little late (“rap time”) but stretched past the hour Bey claimed he was allotted, with no complaints either way from a sold out, tickled pink crowd that only learned of the show — “Happy Birthday! Shut Up!”, in tribute to the many rants of Kanye West — day-of.

“You had (Kanye out at the Pan-Am games sweating and going hard as one of the athletes. He threw that mic in the air so hard it never came down. I was talking to El-P from Run the Jewels the other day and he said it turned into a bird.”

Mill and Drake got the treatment, with the observation that “the male ego is a boring place.” Montreal — where Bey has evidently set up shop at Phi Centre, presumably to work on recording — is lovely. “The people, the food, the culture, the horseshit…mmm, earthy!” 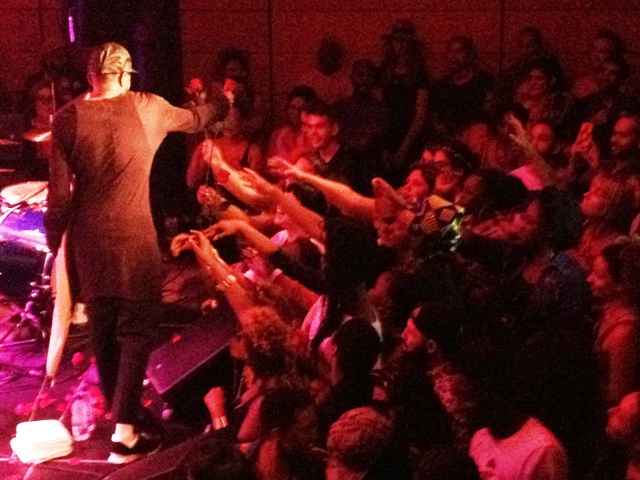 But Canadian money is silly. “Loonies and Toonies. Y’all named your money after a classic cartoon studio,” Bey jabbed, providing the segue to a recurring  “ACME Co.” theme arc poking light at the reality of a generic creative landscape leading us toward a one-world corporate government. In his comedic universe, Deal With It Records runs this town, with the hand of manager Renaldo deciding the fate of creative output with his hottest artist, Young Baby.

“Young Baby sits you down in a circle and sings the ABCs. DEAL WITH IT!”

But Bey didn’t cut himself any slack, either.

“Look how I’m dressed,” he said, pointing to his modest, all-black attire, tame threads by any hip hop fashion standard. “I’m like two feet away from being Amish. I got some opium in my pocket.”

Without giving the full reveal, Bey’s ability to meander in and out of subject matter while keeping a punchline cooking heavy has all the earmarks of great stand-up. Any seeming early insecurity Bey may have felt about his debut came back full circle into the energy of the unexpected. At some point heckled for being “mean” in a description of a date between Wiz Khalifa and Caitlyn Jenner (“Holllld up!”), Bey didn’t flinch. “These are jokes.” 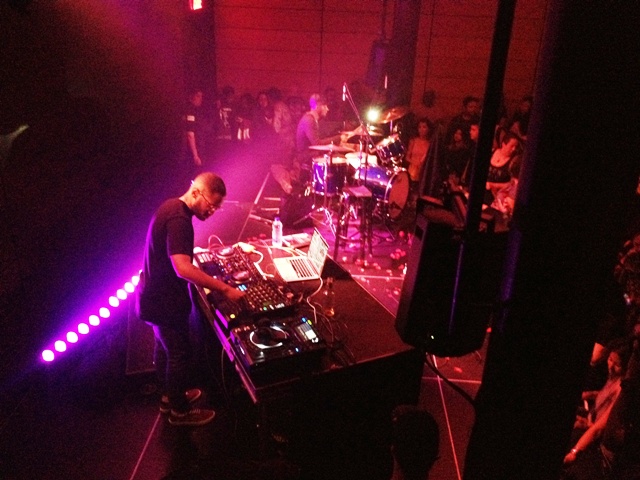 An anecdote about gawking Montrealers addressing him as “Mr. Bey” or “Yo, Mos Def!” in a range of volumes and settings around town begat a just-rare-enough moment of truth from a man with a near clerical position in hip hop.

“People wanna get you in a genre, and just keep you there, as a thing. I don’t always have the clearest idea what I do.”

I don’t think his truest fans necessarily do, either, to be frank. But I can’t think of too many disappointments in a nearly 20-year career. Yasiin Bey’s new routine is no exception. If you don’t like it, you probably never got it by any other name, anyways. But if Bey’s stand-up debut represents, as it felt, the realization of a dream, and not a one-night-stand with a muse, the comedy world is absolutely gonna have to deal with it. ■ 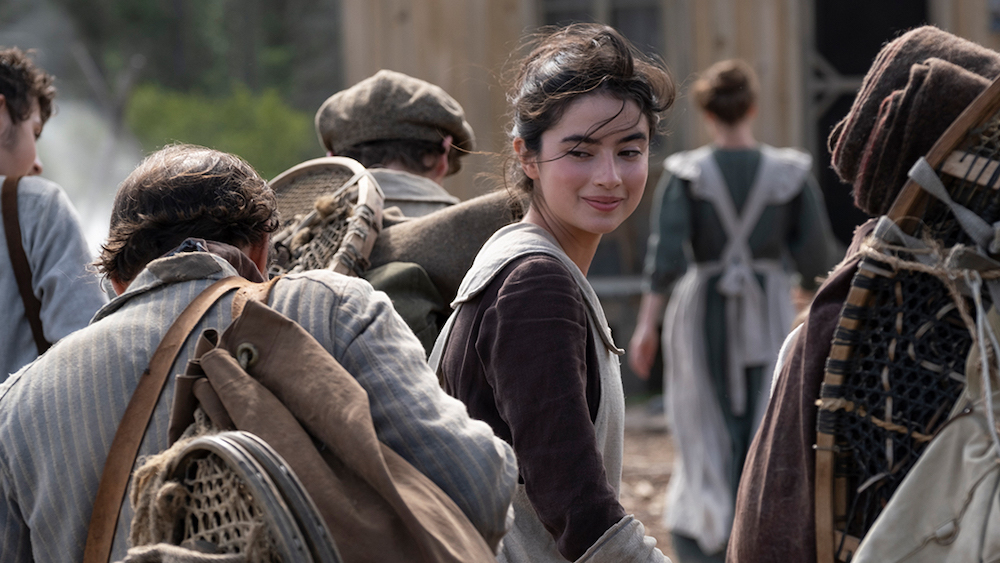 We spoke with Sébastien Pilote about adapting a sacred text of Quebec literature and of culture in Saguenay-Lac-Saint-Jean.

Leger was once again the most accurate polling firm in the country.