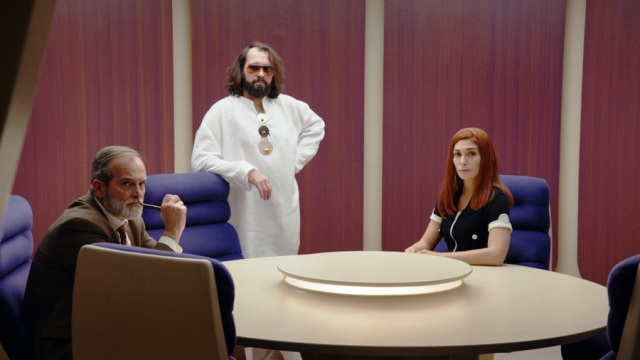 The following films are screening as part of the Fantasia Film Festival, on through Aug. 5.

Neil deGrasse Tyson, Stereolab and Roy Andersson walk into a bar… Fantasia’s Camera Lucida slate of programming saves the densest for last with Philippe Fernandez’s Cosmodrama, a metaphysical comedy that combines ’60s sci-fi pastiche with deep philosophical and scientific questioning. It’s bizarre, verbose and intensely committed to its very specific sense of humour in a way that’s not likely to appeal to everyone, but proves difficult to shake.

Eight people wake up from cryogenic sleep in a space station; none of them know precisely who they are or how they got there, but some poking around reveals that each of them is an expert in a specific field relating in some way to science (except one guy whose scientific specialty appears to be his resemblance to Giorgio Moroder and his propensity for sick organ jams). The space station is set up to conduct experiments and live comfortably, so the crew sets forth trying to figure out exactly how they managed to get there, and what exactly space is, and how time works.

There’s certainly something to be said about the way the film parodies the tendency of sci-fi to get bogged down in metaphysical exposition (the film is, after all, just people sitting around explaining black holes and the space-time continuum to each other — like a swingin’ ’60s Interstellar with 1/100th of the budget) but the film that Cosmodrama most reminds me of is Alain Resnais’s Mon oncle d’Amérique, which uses bizarre, inscrutable humour to explore the theories of philosopher Henri Laborit. Cosmodrama is spare and deadpan and committed only to the biggest ideas about time and space, but it’s also got a silly enough sense of humour to leave some space for dance sequences and apes being apes. It’s such a singular (and singularly minded) piece of work that it sometimes flirts with tedium (there are parts where it comes dangerously close to just being a CEGEP philosophy lecture), but it’s never less than fascinating. 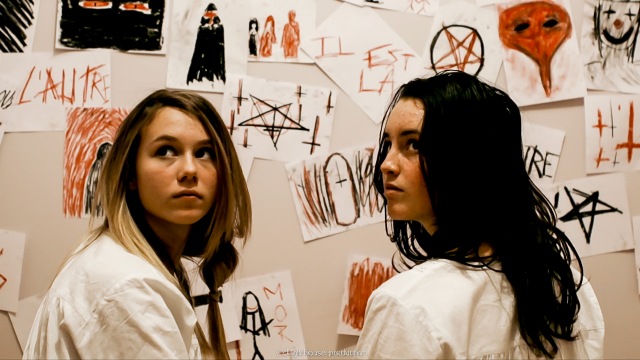 It’s interesting that there’s currently an entire generation of budding horror fans and filmmakers that will have grown up in a post-home video world. Their horror education won’t come courtesy of obsessing over VHS cover art or boutique labels like Something Weird — it’ll be a whole other thing, most likely based around YouTube or Snapchat or whatever the fuck else, that also includes the current mainstream trends of the day. At least that’s what transpires in 14-year-old (!) French filmmaker Nathan Ambrosioni’s Hostile, a serviceable though derivative mishmash of current horror trends that encompasses influences from the Paranormal Activity series, Insidious, The Last Exorcism and even Ben Wheatley’s Kill List.

When the middle-aged Meredith Langston (Shelley Ward) adopts two teenagers (Luna Belan and Julie Venturelli), she figures it’ll be a difficult adaptation period. She can’t really predict how troubled the girls are, however, claiming that a man named Jefferson speaks to them and threatens them. Meredith seeks help from a TV show that provides help to families with adoption difficulties, but they can’t really crack the sinister forces at play — nor can exorcist Jessica (Magali Gouyon).

Made on a shoestring budget (by, must I remind you, a kid who was born the year The Blair Witch Project came out), Hostile is the rare kind of horror film that gets better as it progresses. It’s rough going at first: the performances are pretty scattershot, the low budget evident and the tone-setting elements familiar at best, cheesy at worst. While the film never gets any less derivative of its influences (the found-footage sequences are particularly blatant in this regard), it’s all things considered a pretty solid effort in the genre. Ambrosioni might simply be picking elements here and there to cobble together the film — it’s hard to deny that he does it pretty effectively. Besides, even if it takes him 20 years to develop a voice, he’ll still be ahead of the pack. (Alex Rose)