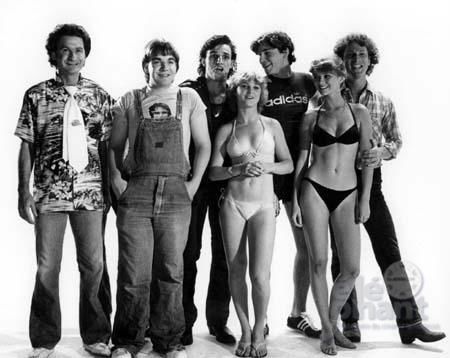 The cast of Pinball Summer

The Phi Centre screens the first film in Indian director Satyajit Ray’s classic Apu trilogy, Pather Panchali (Song of the Little Road), made in 1955. The second and third films screen on July 9 and July 13, and they’re all being presented in the original Bengali with English subtitles. 407 St-Pierre, 7:30 p.m., $11.25/$21.25 for all three films

Taylor Swift is playing the Bell Centre tonight, and some people will dig that, but on the local scene, electro-pop artist Debbie Tebbs plays Divan Orange to mark the release of Re-Up!, a record featuring remixes of songs from her 2014 album Up! remixed by a stack of local DJs and musicians. Opening for Tebbs is Millimetrik, with DJ Omni working before, between and after the sets. 4234 St-Laurent, 8 p.m., PWYC

Check out the Quebec championship round of the cross-Canada live painting competition Art Battle, where a dozen artists will go head to head in 20-minute blocks of creating new artworks from scratch. The audience-chosen winner will compete in the national finals in Ottawa later this summer. Le Belmont (4483 St-Laurent), 8 p.m., $15/$10 advance

Another live music option tonight is the big kick-off of the Nuits d’Afrique festival at Metropolis, featuring Zebda, a collective from  Toulouse, France that has existed since 1985. Their style is an eclectic mash-up of western, Latin and Arab styles, and their lyrical mandate is political. 59 Ste-Catherine E., 8 p.m., $45

Catch a free film under the stars — there are two to choose from: In Peace Park (9 p.m., St-Laurent between Ste-Catherine & René-Lévesque), you can see a 16mm film print of George Mihalka’s Pinball Summer—which was filmed in Montreal in 1980—with the director in attendance (note, this version is dubbed in French). In Pointe-St-Charles, you can see Citizenfour, the 2014 documentary about NSA whistleblower Edward Snowden (9:15 p.m., Parc St-Gabriel, Charlevoix & Grand Trunk).