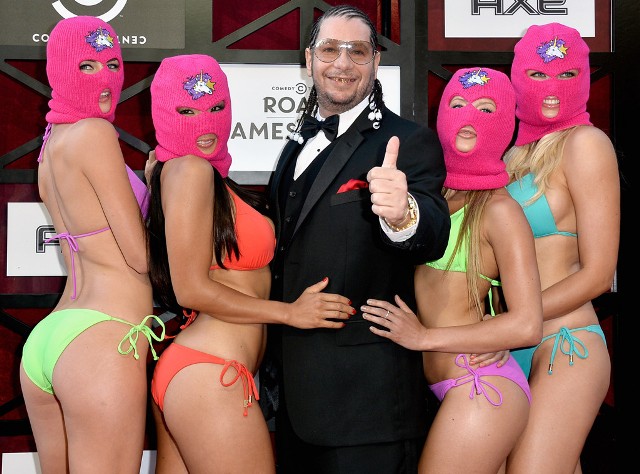 Jeff Ross circa the Comedy Central Roast of James Franco

Comedian Natasha Leggero, possibly best known for her roasting skills (she’s also currently starring in the sitcom Another Period) has a Just for Laughs show all to herself tonight: An Evening With Natasha Leggero. See our interview with her here. Bonus: after the Leggero show, Jeff Ross hosts the Roastmasters Invitational at the same venue, featuring comedy stars famous and obscure (and there are a hell of a lot to choose from JFL right now. L’Astral (30 Ste-Catherine W.), Leggero 9:30 p.m., $29.64–$42.64, Roastmasters 11:45 p.m., $29.64–$42.64. (Note that there’s another Roastmasters show on Sunday.)

There’s no place like Barfly for a night of lo-fi bluesy rock, like the kind you’ll hear tonight from Toronto’s catl, the duo who recently opened for the Jon Spencer Blues Explosion. They’ll be joined by locals the Castagnes and their self-described “glampunktrashpop.” 4062 St-Laurent, 9 p.m., $7