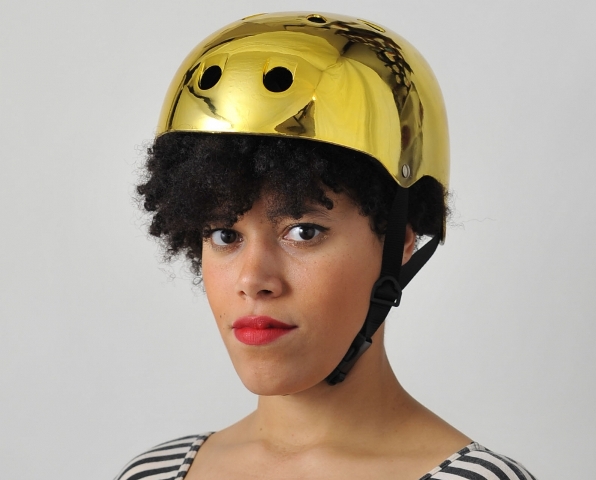 Sports businessman Louis Garneau wants to see Quebec adopt a law making the wearing of bike helmets mandatory in the province for both children and adults.

But only while they are riding bikes, I presume.

He told the Journal de Montréal that he considers it “almost criminal” to not wear a helmet, while admitting that he’s in a bit of a conflict of interest, since his sports enterprise manufactures and sells noggin protection for anywhere from $22 to $350 a pop.

Garneau is a cycling safety advisor to Quebec Transport Minister Robert Poëti, who is looking at making changes to the province’s road safety code this fall, so his intervention can’t be taken lightly. The Journal even goes as far to suggest in its headline that obligatory helmet laws “could” be in effect by then, but Garneau himself says he thinks Poëti will take an étapiste approach over several years, perhaps starting with laws making it mandatory for minors, which I was honestly surprised to learn isn’t already the case.

Currently, four Canadian provinces have all-age helmet laws (B.C., New Brunswick, Nova Scotia and P.E.I.) and three (Alberta, Manitoba and Ontario) require helmets for anyone under 18. The rest of the country doesn’t legislate helmet use, so Quebec isn’t such a distinct society in that regard.

A recent cycling accident involving Radio-Canada journalist Isabelle Richer is being cited for the latest surge in helmet talk, since the fact that she was wearing one is being credited for saving her life after she was hit by a truck while cycling near Rougemont. Colleague Marie-Maude Denis later tweeted a photo of Richer’s damaged casque, writing: “This is the helmet that saved her life, tell your cyclist friends.”

There’s a big difference, however, between encouraging people to wear bike helmets and adopting laws making it obligatory. After all, there are literally thousands of things we can do to reduce the risk of accidents and injuries in all facets of daily life, but we don’t have laws forcing adult citizens to do most of them. We don’t require seniors with mobility issues to use walkers or wear helmets, we don’t ban the use of earbuds or headphones by pedestrians, we don’t force the obese to put down the Big Mac and eat a salad.

As adults, we are expected to take responsibility for our own well-being, and as a society we need to be careful when deciding when it is appropriate to use the law to coerce people to do things that are good for them.

The obligation to protect children from foreseeable risks, however, isn’t something that should be left up to the discretion of individual parents. Children aren’t expected to know what’s in their best interests or to have the knowledge and experience to properly assess the possible consequences of their actions. And maybe if they start wearing helmets early in life, they are less likely to worry about how geeky they look when they get a little older.

If I can translate the man-speak in that survey, “uncomfortable” probably means, “I’m uncomfortable looking geeky,” not that the survey respondents have some sort of princess-and-the-pea sensitivity to a little bit of foam and plastic on their dome. I’m pretty sure that surveys in the 1960s said men found seatbelts uncomfortable, too, much like we still find it uncomfortable to wear condoms or talk about our feelings.

(Personally, I don’t think bike helmets look geeky as long as you’re actually riding a bike. But if you’re still wearing it when you walk it into the office…)

Helmets are only useful when you’re actually in an accident, of course. So improvements in things like access to protected bike lanes in urban centres and paved shoulders on rural highways likely contribute much more significantly to preventing cycling deaths than even a top-of-the line Garneau helmet.

Highway 231, where Richer had the accident that put her in a coma, is one of many Quebec roads where cyclists share the pavement with vehicles because narrow gravel shoulders make it impossible to do otherwise. Local residents also call it a race track, where even the relatively high 90 km/h speed limit is often ignored and vehicles make risky passes to overtake slow-moving farm vehicles, which is what the truck that hit Richer was doing at the time of the accident.

Not much farther down the road, the 231 connects to Highway 112, where in 2010 a pick-up truck hit a group of women riding in formation, killing three of the cyclists and injuring three others.

Attempts to introduce helmet laws can be expected to incite heated debate, both inside and outside the National Assembly, but if Poëti moves forcefully to improve safety conditions for cyclists on the province’s rural roads, he is likely to get quick support from Parti Québécois leader Pierre Karl Péladeau, who had his own brush with mortality not that long ago. Péladeau took a header in May 2014, fracturing eight bones, including his hip, after hitting a pothole while riding his bike down a hill near Mount Orford.

Yes, he was wearing a helmet. Péladeau, at least, has never been afraid of looking like a geek. ■