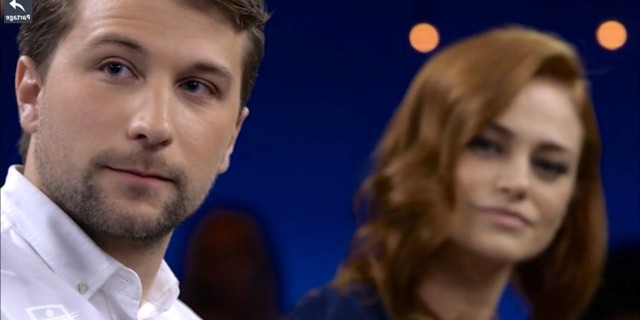 It almost goes without saying that nationalism attracts xenophobes, whether it’s the Canadian nationalist who thinks immigration should have halted the moment her ancestors stepped off the boat or the Quebec nationalist who is more concerned with the accents of newcomers than the literacy of his children. This is the kind of nationalism that is motivated by fear and hate, an innate sense of inferiority often manifested in overt declarations of superiority.

That doesn’t mean that nationalism equals intolerance, of course. It is often a celebration and recognition of the best attributes of your particular tribe. You can be proud of your heritage without seeing other cultures as inferior. You can advocate for Quebec sovereignty without denigrating Canadians just as you can fight for federalism while supporting  Bill 101 and defending le fait français. You can be a Scottish indépendantiste without the least bit of rancour toward England, a Tibetan nationalist whose desire is not to split apart China but to protect her own fragmented culture.

Nationalist movements, however, will unfortunately always provide cover for people who shroud their hate and fear by wrapping it in the flag. This isn’t a particularly earth-shattering observation, but when former student leader Gabriel Nadeau-Dubois made it during a taping of Christiane Charette’s Télé-Québec talk show last week, he quickly became the target of hate messages accusing him of, among other things, “treachery,” “treason” and “self-hatred.”

“GND” became a household name (or initials, in this case) during the 2012 Printemps Érable student strike, when he acted as a spokesperson for the CLASSE federation of student associations. Like his student colleagues Martine Desjardins and Léo Bureau-Blouin, Nadeau-Dubois was an unapologetic nationalist. Unlike the latter, however, GND maintained his independence after the strike while MD and LBB sought to capitalize on their fame by running for the Parti Québécois.

Nadeau-Dubois instead continued his activism in popular movements, especially the environmental movement. After winning a Governor-General’s Award for his book on the student strike, he noted the irony of a Quebec nationalist winning the GG award and promptly donated the $25,000 federal cheque that came with it to Coule pas chez nous, a Quebec group fighting the proposed Energy East Pipeline that’s so dear to the heart of Canadian PM Stephen Harper.

He then challenged viewers of Radio-Canada’s popular Tout le Monde en Parle talk show to match his donation, which they did 15-fold, raising $385,330 to date.

In his latest political excursion, Nadeau-Dubois recently spent a few weeks in Greece to better understand the austerity/financial crisis there and the sentiment of both ordinary citizens and political leaders, which was what brought him into the studios of Charette’s 125, rue Marie-Anne last week. Following him onstage was Quebec actress Lucie Laurier, a Bloc Québécois activist and spokesperson for the Mouvement Québec Français, who quickly complained about being labelled by some critics as a racist and xenophobe for her political beliefs.

Empathizing with Laurier, GND said he found it (my translation) “truly frustrating to be constantly suspected of intolerance when you assert something as basic as, for example, that French be the common language in Quebec. I share that frustration.”

He went on, however, to add “unfortunately … there is a part — not all, that’s important to note — of the Quebec independence movement which too often proves those arguments right. …  I’m thinking, for example, of the sad episode of the Quebec Charter of Values. Unfortunately, that type of stance feeds those perceptions and that’s too bad. Because I don’t think the Quebec independence movement is essentially exclusionary and xenophobic.”

You can see the entire show here, but the germane portion begins at the 28-minute timestamp, and you can watch Laurier’s jaw hit the floor at 32:52 when GND mentions the Charter. She responds that racism occurs all over, to which he responds “absolutely.” The Bon Cop, Bad Cop actress then accuses Nadeau-Dubois of contributing to anti-francophone xenophobia and then segues off into a rant against some “extreme left-wing” feminist(s) who apparently once called her a whore and a slut.

The backlash prompted GND to post a reaction on his Facebook page, in which he notes “I took care to specify, several times, that it was a minority of the movement and that no political family has a monopoly on intolerance. I also noted that … in my opinion, l’indépendantisme québécois isn’t and never was intrinsically exclusionary.”

That didn’t stop the usual suspects from jumping down his throat, of course. The Journal de Montréal’s dime-store sociologist Mathieu Bock-Côté launched an ad hominem attack on GND while, strangely, never mentioning his name. (In his youth, MBC’s ideas were so extreme that the Bloc wanted nothing to do with them. In a joint resignation letter from the party’s youth forum, he and two other delegates complained about being labelled by some Bloc members as “xenophobic, intolerant, fanatical and extremist.” Sound familiar?)

Ironically, though, MBC reinforces Nadeau-Dubois’s observation when he notes that “the Charter of Values is the only policy of the previous government that allowed the PQ to regain ground in the polls and generate real popular appeal.” In other words, it was a populist policy that attracted support from people who would normally vote for federalist parties but who like exclusionary identity politics.

After all, as GND noted, “no political family has a monopoly on intolerance.”

That includes the Canadian political family, by the way. Although no other provincial government has dared sponsor legislation similar to the Charter, it is bullshit to pretend that crackdowns on the wearing of religious garb (conveniently unique to minorities like Muslims, Sikhs and Jews) wouldn’t find a strong current of support in the ROC. Harper’s policies targeting Muslims and Aboriginal communities are ample proof that discrimination is a fluently bilingual concept.

Although the PQ’s proposed Charter became a popular stalking horse for those who like to portray francophone Quebecers as being much more “racist” than white-bread Canadians, polls show strong agreement in the Rest Of Canada (25 to 40 per cent) with the idea that “Jews, Muslims and Sikhs should abandon their customs and traditions and become more like others.”

That Republican, melting-pot view is stronger in Quebec thanks to the influence of the French concept of state secularity. Meanwhile, other polls show that negative attitudes towards Aboriginals are much more prevalent in the Prairies than Quebec, and that franco Canadians are perceived favourably by just 60 per cent of English-speakers while 75 per cent of francos feel positively about anglos. À chacun son dégoût, I guess.

But I’m not bringing these observations to the table in order to advance the futile “who is more racist?” game that so many Quebec observers love to play. It’s a stupid game that you’ll no doubt see repeated in Facebook comments wherever this column is re-posted.

No, as my friend David Hunt once observed, and which I repeat as often as necessary:

“Reading the tiresome and seemingly never-ending debate about whether Quebec or the ROC is ‘more racist’ is like listening to a Montréalais and a Winnipegger argue about which city gets more snow.

“Guys, you both get a lot of snow. Stop arguing and start shoveling.”

Intolerance aimed at people who look, dress, act or think differently is an opportunistic infection that does not discriminate based on race, creed, gender, sexuality or religion. Being a victim of it does not justify victimizing someone else in return.

So let’s stop wasting time defensively denying that prejudice is a fact of life in all of our communities. Once we acknowledge that few of us are immune to stereotypical thinking and knee-jerk tribalism, the job of fighting it will become infinitely easier. ■