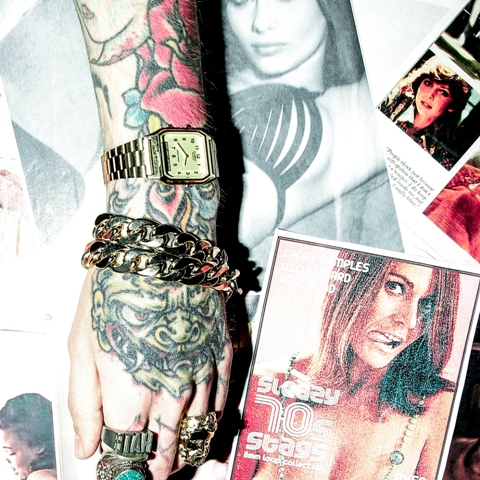 There’s no shortage of places to go in Montreal, but if you really think about it, where can you really say you “go out”?

The team behind École Privée, a high-concept party destination opening its doors on the Main this Friday, don’t just want you to go out . They want you to go all out, and so they’ve taken the lead in the hopes of giving Montreal a new lease on nightlife.

“Think about it like this,” offers operations manager and key conceptual partner Brooke Walsh, “if (members of the Cult MTL team) or anybody who is into credible music, or throwing shows or whatever, honest question: is there a nightclub in this city that you can refer someone to go to? My goal is to create that. We think there is opportunity to create a pure nightclub in Montreal. There’s no great, (traditional) nightclub on the East Coast of this country, and we think that it’s time to step up and put Montreal back on the international stage for nightclubs and dance clubs.”

“When Brooke and I talk about nightclubs, we don’t mean it in the underground sense, we mean it in the, like, Studio 54 type of sense,” adds École Privée partner Zach Mackolvitch.

Walsh and Macklovitch know a thing or two about good clubbing. Both have based their careers around nightlife and entertainment. Walsh, who does business under the banner of Coda Nightlife Group, is a fresh off a four-year stint as booker/manager at St-Laurent mainstay le Bemont, while Macklovitch and partner Nathan Gannage have made their mark on Montreal’s party scene with SaintWoods, the team behind SuWu and Apt.200.

Along with A5 Management, Leighton James of electro duo Adventure Club and figures from the local bar and restaurant scene, including partners from Jatoba, Flyjin, Ryu, Ha, Velvet and party scene entrepreneur Nic Urli, the pair is sparing no expense to create a new party experience with a classic atmosphere.

“When you go to Paris, and you go to a nightclub, there’s like, an old school nightclub vibe (that) existed in the ’70s, where it was flashy and cool and sexy, rather than just, ‘This place has loud music and a dancefloor,'” Macklovitch says.

“We really paid attention to detail. Our design has been thought through 1,000 times. When you see the final product, I strongly believe that you’ll be very impressed and happy with it. Where you’ll be like, finally, there is something in the city that exists like this, where people are gonna come in from all around the world and be like, ‘Wow, that place is fuckin’ crazy.’

“The easiest way for me to describe the club is, what if we were able to come up with a real, pure nightclub, with the world’s best sound system?” says Walsh, explaining that the custom built Function-One system, from the same designer as Turbo Sound, appears in five of the world’s top 10 clubs , but that École Privée is the first licensed establishment in Canada to feature it.

“We think it is, and we think everyone is gonna come and have a good time.”

On the music tip, Walsh promises party-driven, upbeat house on Fridays and Saturdays (for the time being, the only days the club will open.) But there are many surprises in store.

“(Locals that will play the club include) for sure Kris Guilty, and for sure Jay London. A-Rock is gonna be playing the grand opening on Saturday,” says Walsh.

“There’s so many good, talented artists in the city. But we want to make the club the star, and the people who go to the club the stars, as opposed to highlighting like, ‘so and so DJs and whatever.'”

“It’s about a party. It’s about fun, and about putting the magic back into nightlife. Montreal is fuckin’ loaded with talent. So imagine now the guy or girl who already puts together amazing sets. And now we’re gonna put them on the best sound system in the world.

“But I guarantee you that there are gonna be surprise sets from an A-list of performers from around the world that you’re never gonna know unless you spend the night,” he adds excitedly.