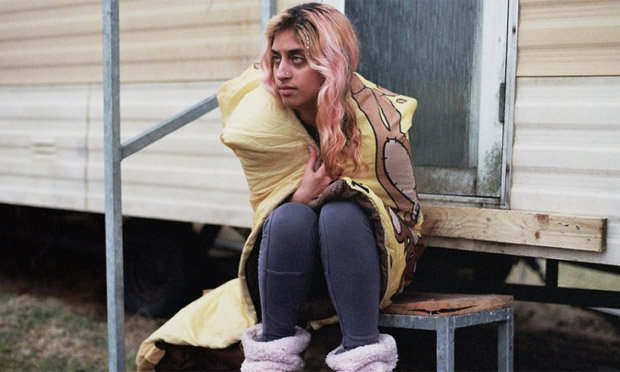 Catch Me Daddy walks a razor-thin line that most first-time filmmakers would not be advised to try. On paper, there is no way that “honour-killing thriller’”comes off as anything but a bad idea waiting to happen. It’s a good thing that Catch Me Daddy is so incredibly tense for much of its duration, because first-time director Daniel Wolfe approaches the morally complex issues at the centre of his film with the subtlety of a sledgehammer.

Laila (Sameena Jabeed Ahmed) lives in a trailer park with her slacker boyfriend (Connor McCarron), supporting the two of them as a hairdresser. Laila is of Pakistani descent, and it’s pretty obvious early on that her relationship with Aaron is not something that her family accepts. Her father sends her brother Zaheer (Ali Ahmad), his friends and a couple of hired thugs (Barry Nunney and Gary Lewis) to track down Laila and bring her back home. As the single-minded thugs narrow down their search, Laila and Aaron run into the night with no real plan and no real options.

Catch Me Daddy begins slowly, painting a kitchen-sink reality that’s not dissimilar to the work of Ken Loach, but as Wolfe ratchets up the tension, he also unveils some of his more simplistic and exploitative tendencies. Wolfe will stop at nothing to get a rise out of the audience in a way that feels borderline immature: he waves gruesome murder and one-note Muslim boogeymen like they’re unlockable achievements in the world’s most depressing video game. It’s undeniable that Catch Me Daddy packs a hell of a wallop (the last 30 minutes and particularly its last scene are as harrowing as any gore-soaked horror film at this year’s fest), but it’s a nakedly exploitative one meant to push buttons at any cost.  (Alex Rose) 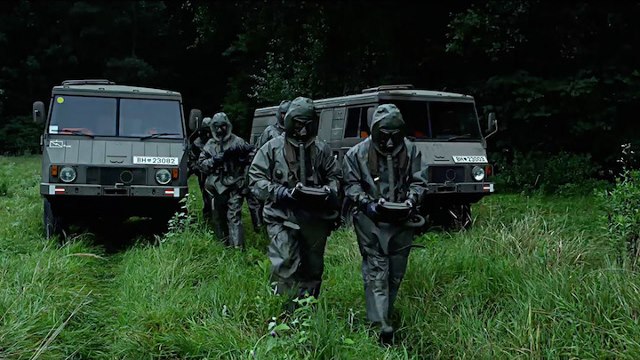 What if aliens visited Earth? What would we ask them? How would we react?

These are the questions Danish filmmaker Michael Madsen (the director of Into Eternity, not the mad actor) attempts to answer with this odd documentary The Visit.

Describing his film as a simulation of sorts, Madsen interviews an impressive score of experts from the United Nations Office of Outer Space Affairs to British military specialists, NASA researchers, a U.K. government spokesperson and a lawyer specializing in space law. The subjects speak directly to the camera, as if the audience is the alien presence, asking questions like “Why are you here?” and “What are you thinking?” While some experts estimate the scientific consequences of such an event, others speak on how governments, military and ordinary citizens would possibly react.

Madsen layers these interviews with beautiful, imaginative visuals like very Malick-esque slow-motion shots of humans walking down the street. His soundtrack evokes the human experience with clips played from the 1977 Voyager’s Golden Record, a record that was created and carried on the spacecraft in case it encountered extraterrestrial life out there.

Considering the lack of science on aliens (because the FBI hides it in the desert), the film turns into more of a reflective think-piece on humans, dipping into the inevitable questions about our wars and us generally being bad people. “What if they don’t like us?” “What if we kill them all?” Madsen doesn’t even discuss the rumoured alien landings that nerds rant on about (Roswell).

In short, it becomes more of an interesting art film than a thought-provoking documentary. (Roxane Hudon) 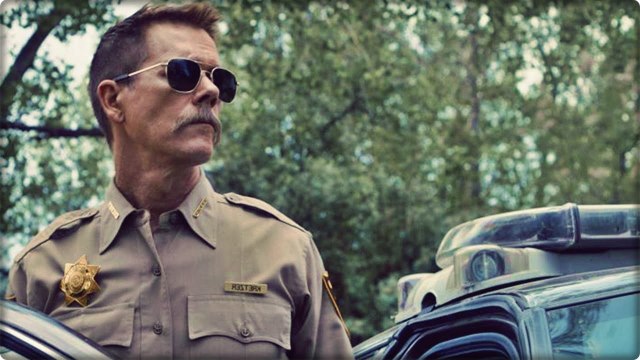 There’s little that gets me more cinematically excited than a pared-down thriller. One sticky situation, 90 minutes, a handful of characters: if done well, it’s about as satisfying as a film can get. If done poorly, it gets relegated to whatever the digital equivalent of the bottom shelf of the video store is these days and is summarily forgotten. Jon Watts’s Cop Car is about as pared-down as a thriller can get, a tightly-wound 90-minute exercise in control that makes the most of its simple premise.

Two young boys (James Freedson-Jackson and Hays Wellford) are wandering the Colorado countryside — they may be running away from home, as the careful rationing of a Slim Jim suggests, or they may simply be out on an adventure — when they find what appears to be an abandoned cop car in a clearing. Poking around the car, they find keys and are soon on as much of a joyride as two 10-year-olds who can barely reach the pedals can be. What the boys don’t know, however, is that the car was left there by a drunken, murderous sheriff (Kevin Bacon) who had just stepped out to dump a body in a shallow grave out back — and was coming back to finish the job on the second guy he killed and left in his trunk.

It’s becoming increasingly rare that Hollywood makes films with children that aren’t specifically aimed at children. The central role that the two boys play in a film filled with violence and terror makes Cop Car feel fresh and alive, as does Watts and his co-writer Christopher D. Ford’s insistence on keeping things as simple as possible. We’re given very little information on any of the characters. We’re not set up to expect a third-act twist that suddenly ties it all together. Cop Car is simple, brutal and to the point. Just the way I like it. (Alex Rose)