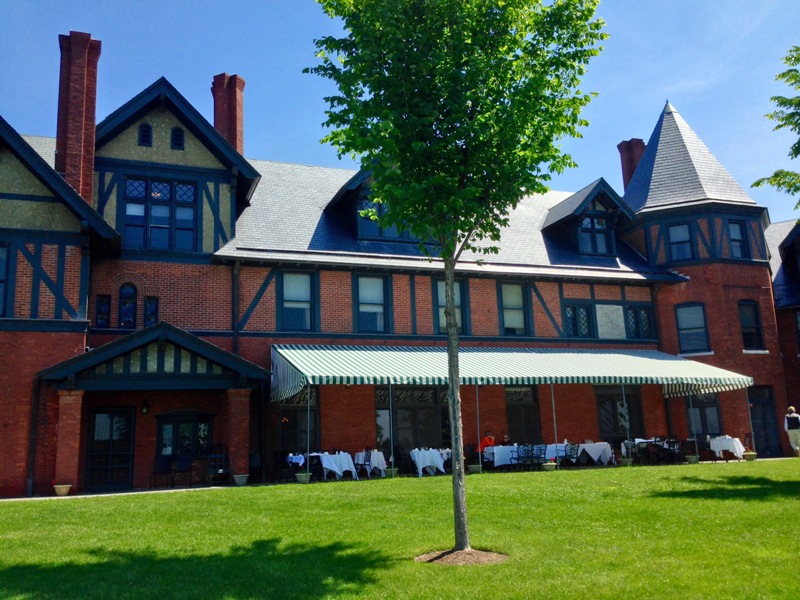 For one thing, it’s only about 90 minutes from Montreal by car, and at most 2.5 hours by bus. Vermont’s progressive ethos, excess of green space and the near-Maritimer levels of laid-back charm and kindness among the populace give it the feel of the West Coast without the flight cost. And while Montreal’s recession-esque chill can be depressing, Burlington is vibrant and hopping, even when the students have gone home for the summer. (It also has a thriving weekly paper, Seven Days, a must-read for visitors.)

What tends to drive most tourists to Burlington are two things that we love here at home: food and beer. With a focus on local sourcing and the proximity of the Montpelier culinary academy, Burlington has a surprising number of very fine fine-dining options. Among them is Hen of the Wood, a spot so renowned that some foodies time their Vermont getaways around Hen reservations (which are not easy to come by, though last-minute bar seats for dinner or late-night oyster snacking are sometimes attainable).

On the same block, the Courtyard Burlington Harbor Marriott hotel restaurant, Bleu, specializes in North Atlantic cuisine, with an emphasis on seafood — both the lobster roll and pan-roasted redfish with baby beet risotto were excellent. In the neighbouring Hotel Vermont, we had equal success at the Juniper restaurant: chevre gnocchi with mushroom ragout, peas and black truffle, and a hemp seed whole grain burger. (Quick, easy and cheap food also exists in Burlington, with pizza options on the main commercial drag, Church Street, and hot and cold meals at scrappy, colourful spots like Radio Deli, who claim to make the best meatball subs around — I can’t vouch for that, but their breakfast sandwiches are pretty killer.)

Speaking of Juniper, we were accompanied at dinner by Hotel Vermont’s friendly beer concierge, who explained just how seriously Vermonters take their local beer. We tried a few fine brews in-house, and talked about the multiple prize-winning Heady Topper, a double IPA brewed by Alchemist. This stuff reportedly flies off shelves to people who’ve been lining up for hours, but after buying a can at a bar later that night, I believe it’s best reserved for real IPA connoisseurs. 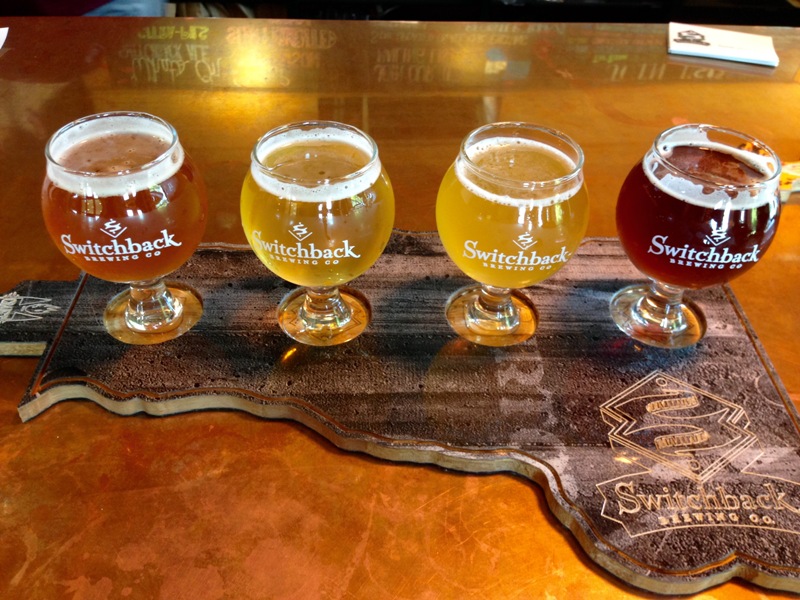 On day one of our 2.5-day trip, we went on a bike and brew tour organized by Hotel Vermont. We rode south on vintage bikes to a strip that feels a little like the Lachine Canal, visiting the Switchback brewery, who make the state’s signature ale — you’ll find it on tap everywhere. The ale was a highlight of our sampler “flight,” but the citra pilsner was a refreshing reminder of local blanche beers, a summer favourite of mine.

We hit the road again for a shorter trek to Zero Gravity, a new brew pub with a beautiful terrasse. My personal highlight there was the Bretthead, an IPA with Brettanomyces yeast. It’s also a 6.1 per cent alcohol beer, which I didn’t know at the time, but I managed to remain upright on my bike en route to our next stop, Citizen Cider. Though it wouldn’t be the choice of purists, heavy as it is with gingery goodness, but the Dirty Mayor cider was fabulous, a crisp cap to a cool activity that many Montrealers would love.

The next day, we drove a mere 20 minutes to Shelburne Farms, on the shores of Lake Champlain. It’s primarily an educational institution where children learn about animals, farming and sustainable development — kids were all around as we met and pet free-range cows, baby goats, chickens and pigs. The dairy farm produces food to feed staff, stock the on-site food cart and nearby shop (where we sampled and bought a whole bunch of superior cheese) as well as occupants and staff of the inn on the same property, just a few minutes’ drive away. The inn was once a 19th century mansion, and much of the original aesthetic has been maintained on the ground floor lobby, library, restaurant and garden.

As beautiful as the inn was, Hotel Vermont is the best hotel I’ve ever experienced, and I’ve stayed at a five-star, which this is not. It’s a three-star, with no pool or room service, but that’s more than compensated for by its other features: a warm, rustic yet modern aesthetic, cosy banquette seating in the lobby (where a pre-Burlington Jazz Fest show was unrolling one night) and communal coffee/tea-making areas on every floor, stocked with fresh fruit and water at all times, and with different sweet and savoury snacks twice a day. Built in 2013, its name borrowed from a hotel that used to exist in the middle of town, Hotel Vermont is also eco-friendly — of course it is.

All this, only two hours away. ■