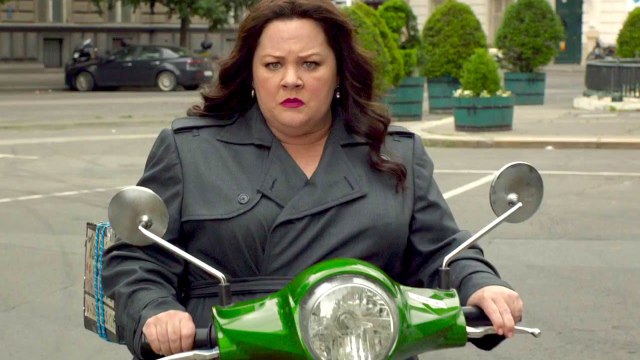 The career of any breakout comedy performer follows roughly the same path: massive breakout hit that comes seemingly out of nowhere despite the fact that said performer has been toiling in the margins for a solid decade, followed by a couple of uninspired cash-ins of that pre-established formula, at least one indie dramedy to show range, an ill-advised personal project that doesn’t go anywhere and (hopefully) a couple of successful vehicles that expand on their comedic persona. Melissa McCarthy is at a point in her career where she can either go on to become an A-list comedy actor with her pick of projects or end up retrofitting Kevin James vehicles to fit her own persona (Paulette Blart: Mall Cop, anyone?). McCarthy’s biggest successes since her breakout role in Bridesmaids have all involved Paul Feig, the filmmaker and comedy stalwart behind Freaks and Geeks as well as Bridesmaids and The Heat. Feig and McCarthy have developed a working relationship that brings out the best in both parties, a fact made particularly evident by their new film Spy.

Susan Cooper works as the eyes and ears of Bradford Fine (Jude Law), a suave secret agent who works for the CIA taking out terrorists and other evildoers. Fine can’t do his job without Cooper (who repeatedly saves his ass on every mission) but she’s woefully under-appreciated by both Fine (on whom she harbours a secret crush) and the CIA (who stick her in a bat-infested basement office). When Fine proves unable to take on a complicated mission involving a nuclear warhead and a bratty Russian arms dealer (Rose Byrne) who knows the identity of every single undercover CIA agent, Cooper is tasked to go undercover and infiltrate the crime ring to prevent the aforementioned nuke from falling in the hands of the nefarious Sergio De Luca (Bobby Cannavale). Donning a series of embarrassing disguises that see her hiding her special spy gadgets in bottles of stool softener and anti-fungal spray, Cooper flies to Europe to save the world from certain doom — much to the concern of ultra-manly, ultra-unhinged CIA agent gone rogue Rick Ford (Jason Statham, in a surprisingly effective comedic performance).

Cooper is pretty different from the stock McCarthy character we’ve grown accustomed to: instead of a brash, almost supernaturally confident character whose bark often far exceeds her bite, she’s a capable and intelligent person who must constantly live with the fact that the world at best underestimates her and at worst completely ignores her existence. It’s a smart move that extends McCarthy’s range and gives most of the outlandish shenanigans to supporting characters like the ridiculous bonehead played by Statham, an amorous (and overwhelmingly one-note) Italian operative played by Peter Serafinowicz and Susan’s fellow CIA operative Nancy (played by British comedian Miranda Hart), forcing her to effectively work as her own straight man. McCarthy’s vulnerability and the relatively even-handed treatment of her character (there are few, if any, fat jokes in the film) are a lot of what makes Spy’s more hamfisted and familiar aspects work. It works partially as a metaphor for the industry’s own expectations for McCarthy’s career, and partially because its talented cast fires on all cylinders. 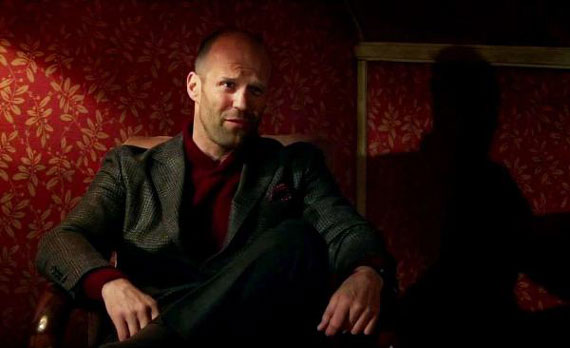 Jason Statham in Spy< With this and his last effort The Heat, Feig seems to be channelling the old-school spirit of action comedies where the action is just as important as the jokes. A lot of care has been put into choreographing high-quality action scenes, but it’s all serving a plot that’s both insultingly generic and unnecessarily convoluted. Simply put, you wouldn’t pull this shit in an Austin Powers movie, with its precious MacGuffin of a nuke and its greasy ponytailed bad guys and Yakov Smirnoff Russians. It’s obvious that the plot is there to serve the jokes, but it’s hard to actually follow or give a rat’s ass about what happens when it so clearly exists as a necessary evil to hang jokes on. Criticizing a comedy for the plot is like complaining that the characters in a slasher movie act in an illogical manner, but it doesn’t prevent Spy from getting bogged down in extraneous plot ornaments.

For a while there, it looked like Melissa McCarthy’s career was going to fall somewhere between Zach Galifianakis and Kevin James, pigeonholed into playing the same role over and over again in forgettable vehicles like Identity Thief. What this film proves is that she’s much too talented to remain a one-chord wonder. Spy is too schematic to fully transcend its function as a vehicle, but considering the myriad ways that McCarthy’s career could’ve gone to shit at this juncture, I’ll take a Spy over her very own Here Comes the Boom. ■

Spy is in theatres now. Watch the trailer here: