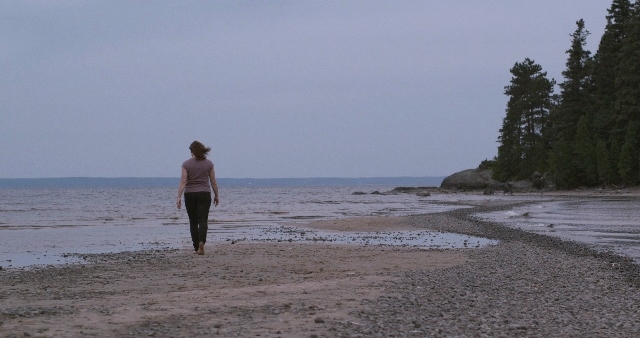 Jimmy Larouche has suggested that we meet at Taverne l’Grand Lionel. It’s a small East End bar de quartier on Beaubien in a neighbourhood I rarely venture to. It doesn’t strike me as the kind of place where you’d go meet someone to talk about independent film, but then again, Jimmy Larouche isn’t your typical indie director.

Born and raised in Alma, Larouche began his career making industrial and corporate videos that he interspersed with two shorts a year. “My goal was never to make industrial videos, they just funded the shorts. At some point, I figured I had done everything I wanted to explore in the short format. I wanted a bigger playground.”

Larouche left all that behind a few years ago to focus on his debut feature, La cicatrice. The film was entirely privately funded and distributed, with high-calibre actors like Marc Béland and Sébastien Ricard working for practically nothing to honour Larouche’s vision. La cicatrice was a tense dramatic revenge thriller that examined the ripples and scars of bullying, while Larouche’s new film, Antoine et Marie, explores the ripples and scars left by date rape. Much like La cicatrice, it gathers a heavyweight Québécois cast (well-known actors like Guy Jodoin and Isabelle Blais once again worked for a pittance) and was shot entirely in the director’s native Alma.

The first thing anyone notices about Larouche is that he doesn’t seem like the kind of guy who’d make such heavy movies. Bearded, animated and intense with a baseball cap permanently affixed to his head, he initially comes across more like a guy who might be lugging lights on a movie set than the guy in the director’s chair making thoughtful films about trauma. “You’re not the first to tell me that!” he laughs. “Everyone keeps asking me when I’ll make a comedy.”

But Larouche is the real deal. “Making films is what I love to do. I don’t really care what happens financially. I have an immense tolerance for instability and insecurity,” he explains. (He’s also extremely opinionated and perceptive about the problems that affect the industry in Quebec.

“Antoine et Marie was born when Marc Béland (the lead in La cicatrice) suggested I write something about the date rape drug. It had happened to someone he was close to, and he felt it wasn’t talked about enough,” explains Larouche when asked about the genesis of a project that seems even more painful and traumatic than La cicatrice. “Even myself, I’d lived it with an ex-girlfriend, family members… It affects so many people.” 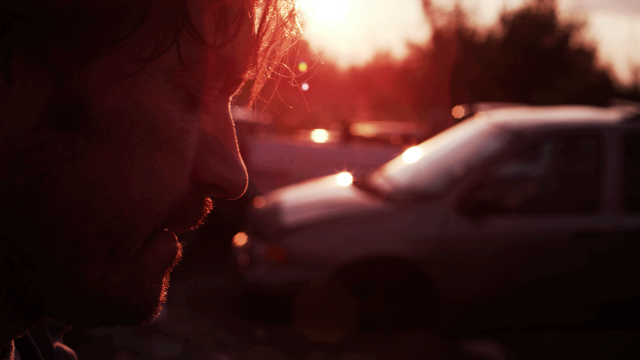 It took Larouche three years to get the ball rolling on La cicatrice, but Antoine et Marie took about a year to reach completion before opening at the Festival du Nouveau Cinéma last fall to rave reviews. The film is now being released independently in a handful of theatres across the province in a climate that sees even government-subsidized films like Gurov et Anna make back very little of their budget.

Larouche has thus devised an interesting promotion around the release of his new film. “The last thing they thought up to get people to go to the movies was Cheap Tuesdays, and that was 20 years ago!” Larouche explains. “If an independent film like ours doesn’t sell enough tickets in its first week in this market, we get pulled off screens.” In order to counter that, Larouche has partnered up with local bars (four at last count: Bily Kun, l’Esco, Miss Villeray and the aforementioned Taverne l’Grand Lionel) to offer anyone with a ticket stub to Antoine et Marie a free drink. “I’d much rather take a $3 cut on my ticket profit and have full screenings than have six people per screening at $12 a pop.”

Larouche already has a third film in the can, an “anarchist film” called Mon ami Dino conceived with actor Dino Tavarone and shot on a shoestring budget. “I might have the record for the fastest conception to completion process in Quebec… In January, Dino and I talked about making a movie and in April it was done,” he explains. He’s also writing two separate projects that he hopes to get made the old-fashioned way: through the dreaded institutions. “This one’s a love story!” he says, smiling. “I’m trying something new.” ■