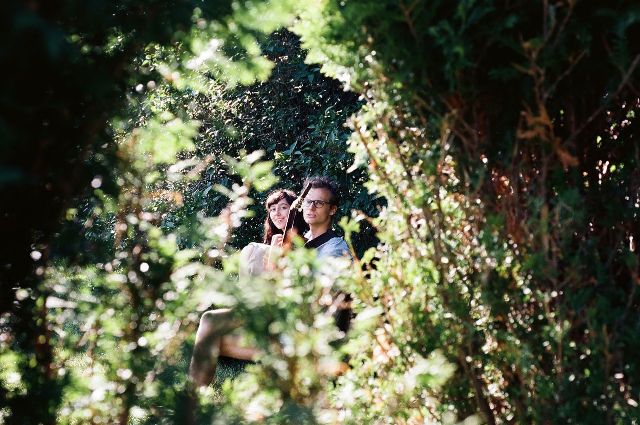 Braids first caught the world’s attention when the band left their hometown for Montreal, changed their name from the Neighbourhood Council and began playing spellbinding shows in local bars and concert halls. The combination of singer Raphaelle Standell’s soaring voice and their slowly, carefully crafted songs, with structures derived from jazz more than pop, dotted with near-anthemic highs, left audiences in awe. Their 2011 album Native Speaker encapsulated the band’s nascent period, and they quickly graduated to the world stage.

What came next was a music-business cliché — the “difficult second album,” a reflection of unease in the spotlight and a style shift that left some people (myself included) a bit cold. That said, Flourish // Perish is an impressive record with a number of memorable tracks, and its dive into the electronic deep end was an intentional withdrawal from the organic.

“I feel like Flourish // Perish was a very meticulous record, and because of what we went through as a band it holds a lot of coldness,” says Standell. “It’s an accurate snapshot and it’s beautiful that we could represent something that was really difficult and have people connect with it. It’s kind of cold and closed off. I still really like the record but it feels like a turtle that went inside its shell.”

Standell and her bandmates Taylor Smith and Austin Tufts have emerged from that place with their new record, released on April 28 by Flemish Eye. As Standell puts it, “it feels like a big hug” or “like (it was made by) somebody who has their arms open” (but not in a schmaltzy, Sound of Music kind of way).

“To me, Deep in the Iris is very warm,” she says. “I was really inspired by Joni Mitchell, her lyrics and how she’s just so open. We were trying to get a lot of sounds of the houses and outdoors and include the environment, and Flourish // Perish is kind of sterile ’cause it’s in a box and it’s totally dead and there’s no sound. This sounds a lot more raw and open and alive and energetic.”

Aside from the band members being in a better place personally, Standell credits much of this record’s warmth to the actual heat the band experienced during its writing and recording.

“Our primary goal with this record was physical,” she explains. “It was about environment and going somewhere super different and super contrasting to the bitter Montreal winter, and our jam space that has no windows and is very very small and gets quite cold. Our first choice was Prescott, Arizona, which is the desert — we had a little cabin in the forest. We thought, let’s see how we’re inspired by this environment.

“The next goal was to really remove all expectations and goals beyond connecting as a group. I had been touring a lot with Blue Hawaii and I hadn’t seen Taylor and Austin very much, so there was a lot of reconnecting as friends. This is the first time we went into writing a record as a three-piece, too [Katie Lee left the band in 2013], so there was that dynamic going on.

“We didn’t even write for the first two weeks. We just went for walks and roasted marshmallows and ate a lot of meals together and went star-gazing. Then we started playing together and it was just about feeling raw energy and raw emotion. We were writing reggae songs and rock songs — we had a garage rock project called Hilary K for a week. We just wanted to write whatever and not shoot it down.”

Two tracks from Deep in the Iris were unveiled prior to the album’s release — “Taste” and “Miniskirt” — and both songs (especially the latter) deal with gender issues and double standards, a first for Braids.

“I subtly addressed it on Native Speaker, just by talking about sex, and I remember when the reviews came out for that record, people were putting me down for my potty mouth ’cause I swore a few times and mentioned sex.

“My intent this time was finding the general theme that runs beneath all the feelings I have and making it more relatable and not just about me. But it did come from what I’ve experienced as a woman, and also what I feel many others have gone through, and observing those imbalances in our culture, specifically the inequality that’s present in our language,” Standell says, crediting her feminist mom for inspiring her to address these frustrations.

“The language used to describe female promiscuity is extremely degrading, and I draw a very direct and obvious parallel between the two. I remember being really shocked when I was trying to find male equivalents for slut, bitch and whore, and there’s not really any that are that cutting, that make you feel really small and belittled. It’s just womanizer, Casanova and lothario.”

In their continuing quest to DIY, Braids self-produced this record (Smith and Tufts have discussed the possibility of opening their own studio next time Braids are on break), but they did turn to Montreal-based producer Damian Taylor in the very final stages of the mix. His primary contribution to the record was making Standell’s vocals more prominent.

“We’ve never had the vocals that upfront and I’ve never heard my voice that loud. At first it was really uncomfortable, but I remember him saying to the boys, ‘If you’ve got a good singer, you’ve gotta put it upfront,'” she recalls, laughing. “So that gave me some confidence.”

Standell is also feeling great about how the new material sounds live, and how the band is playing as a unit.

“There’s a lot of room for performance and for live improvisation,” she says, noting that she and Smith are playing a lot more guitar, and Tufts more acoustic drums with triggers for the electronic elements. “It’s a lot more fun to play live — we’ve had a great time. We had a really good show in London, probably one of my favourite Braids shows, and it was only the third time we played these songs. And I think there’s still a lot of room for growth, which is incredible.” ■