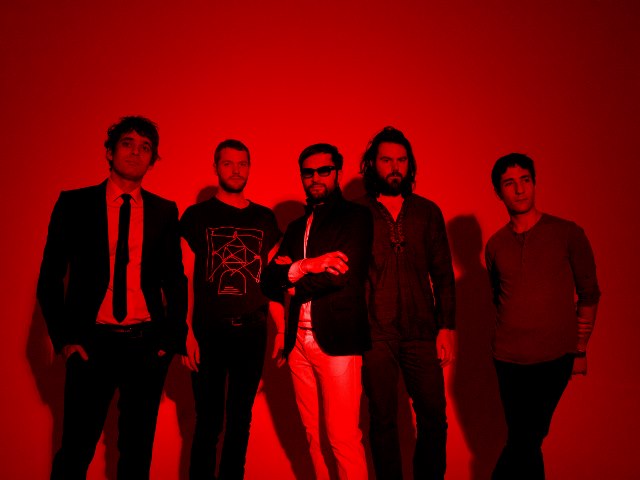 Suuns with Jerusalem in My Heart (centre, sunglasses)

Montreal band Suuns have kept quiet on the release front since their 2013 album Images du Futur, touring Europe, the Americas and beyond. Meanwhile, Jerusalem in My Heart, a live audio-visual project spearheaded by local producer Radwan Ghazi Moumneh, has also been on the road since he released his first ever record, Mo7it Al-Mo7it, also in the spring of 2013. But the two acts have come together publicly on Montreal stages, and privately in the studio. On April 14, they’ll be putting out LP through Secret City Records.

Here is the first video produced by this new collaboration, for the song “Gazelles in Flight”: