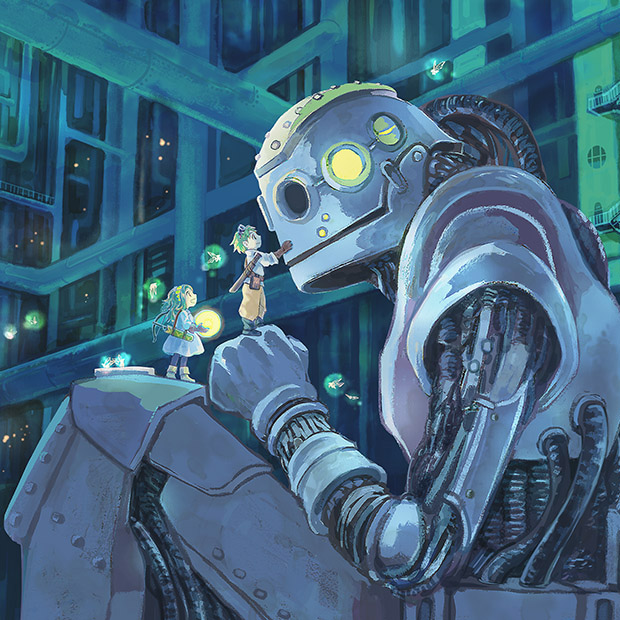 There’s rarely good reason to go to school on the weekend, but this Saturday at Dawson College is the exception, as the CEGEP will be hosting the inaugural Montreal Independent Games Festival. Founded by Salim Larochelle and Osama Dorias, who each own independent game studios, MIGF is hoping to bring a weird, wonderful and truly independent batch of games under one roof.

Larochelle and Dorias both work part-time at Dawson: Larochelle as a game design teacher and Dorias is the coordinator of the newly created Independent Video Game Design Program. I chatted with Larochelle by email about the new festival, which is totally free and open to everyone (not just students).

Erik Leijon: What inspired the creation of MIGF?
Salim Larochelle: One day last year, we had a conversation together about the state of small studios in Montreal. We both noticed that while large studios make the headlines, the smaller independent studios don’t really have a venue to show their creations to the public. Knowing that we could get approval from Dawson to use their space, we had the opportunity to do an event that would benefit the growing community of small local studios while providing awareness of the indie scene to the public. This is the first year of the event and we plan to make it larger every year by adding more activities and building an international presence.

EL: What will people who attend be able to do?
SL: The main activity is to play games and talk to developers. Aside from that, there will also be an award ceremony to reward the best games of the festival. Five awards will be voted by professionals in the Montreal gaming scene and one award will be voted by the public.

EL: How did you decide which games to feature?
SL: This depended mostly on the venue capacity at Dawson and the quality of the games we reviewed. Since our capacity was about 40 booths and we had just a little more than 40 submissions, the process was fairly easy.

EL: Is MIGF being done in conjunction with Dawson’s Independent Video Game Design Program? If so, will games made in the program be shown?
SL: Dawson College is the first partner of the MIGF, but the Independent Video Game Program is not part of MIGF. We’re happy to say that some students from the program did submit their games and they will be showing their creations during the event.

EL: What are your goals with this year’s MIGF?
SL: To be honest, the goal this year is to test the waters. So far, the reception before the event has been more than favourable with over 40 game submissions and over 1,000 followers across social media. This shows that there is surely a need for such an event.

EL: As an indie developer yourself, has showing your game in public settings like this helped you in making your game?
SL: Showing The Girl and the Robot (by Flying Carpets Games) helps me usually in two ways: it promotes my game by word-of-mouth and I also get valuable feedback on the design. By looking at others play your game, you get to really see which parts are fun and which parts should be improved. It’s also very satisfying to talk to fans directly. ■