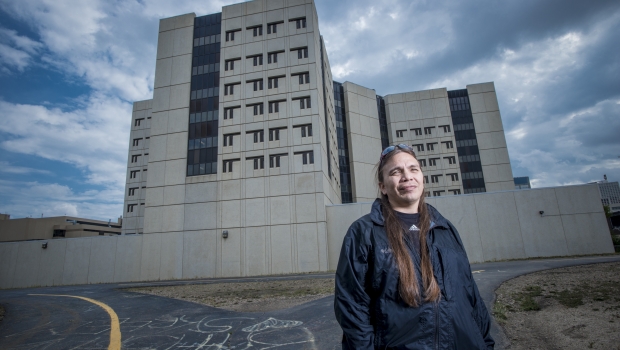 Chris was adopted into a white military family as a child. His adoptive father beat him regularly. As a teenager, Chris turned to crime, selling drugs around town until his dealings landed him progressively longer stints in jail. Now out and ready to make a difference, he decides to form a Native construction company from the ground up. The problem is that Chris has never gone legit. Although he has a good business sense, he lacks the tools to properly get the company off the ground, and its stalling begins to threaten his livelihood.

Chris describes himself as an antisocial psychopath, but he’s a tremendously charismatic and insightful dude. It’s hard to fathom all the things he says about himself as the film shows him helping out an elderly pawn shop owner and pal-ing around with his friend (“the one that talks too much,” he says of the perpetually silent George). Chris’s exterior only hints at the turmoil happening inside him, while interviews with his adoptive mother and his childhood neighbour suggest a man who’s more of a fighter than he lets on.

Anti-Social Limited is technically rough. It’s obviously being put together with very few means (some of it is culled from self-shot webisodes that can be found on the film’s website)  and is sometimes prone to amateurish mistakes (white text on a white background, for one), but its immediacy and lack of trimmings make a compelling case for Chris as more than just a simple criminal and fuck-up. It’s a powerful and, admittedly, sometimes funny film (Chris and his buddies’ first moving job is a fiasco that should be familiar to anyone who’s been woefully unprepared to move) about mistakes and the potential for redemption. ■

Director Rosie Dransfeld and Nakuset (director of the Native Women’s Shelter of Montreal) will be in attendance.