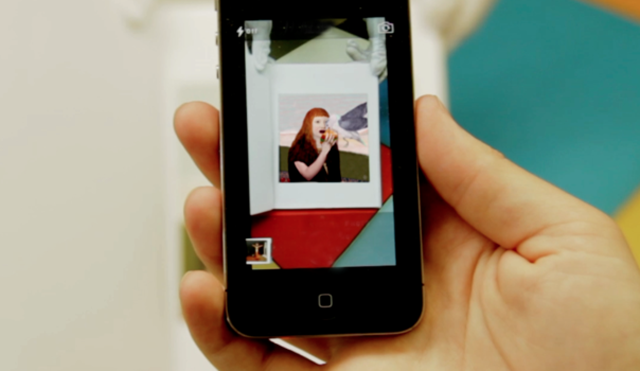 For almost three years, Montreal-based artist James Kerr has been producing GIF art composed from appropriated Renaissance paintings and posting them on Tumblr under the name Scorpion Dagger. Coming from a collage background, Kerr has developed his work to the point where as many as 30 to 40 paintings can be cut up and pasted back together to create animation that people have come to know and love online. But as his project continued, one question would continually come up: How could Kerr’s digital work become a physical art object?

“There were a lot of galleries who were interested in showing the work,” says Kerr, “but they were mainly commercial galleries and they had no idea how to make money off of it or present it.”

That’s where Harley Smart of Montreal’s Anteism Publishing and Book Arts comes in. With the publisher’s history of producing art books in Canada and abroad, from zines to hand-sewn hardcover editions, Smart had worked on some unusual projects, including the recent interactive gamebook Wuxia the Fox, where images and text are brought to life with augmented reality when viewed through an app.

By combining skilled bookbinding with the growing field of book augmentation, Smart was able to facilitate showcasing Kerr’s work with a specialty edition. “A common friend had put us into touch because he knew we were both interested in it. I’d been looking at the group AR ART in Japan and was really interested in what they were doing with the media,” Smart says. “I knew I always wanted to try something [like this].”

Once the project began, it took months of effort and a Kickstarter campaign that made its goal by the skin of its teeth. “It was unbelievable. I didn’t think we were going to make it,” Kerr remembers. “On that last day, I had friends calling me saying ‘I have $1,000 on my credit card to throw in.’”

The result is Do You Like Relaxing?, an augmented reality art book that offers a curated selection of over 100 stills from Kerr’s online animations, as well as supplemental text by several authors ranging from an interview with the artist to correlative poetry and prose that complement Kerr’s preference for fun in his art. Originally planned to be organized sequentially and mimic the books of the Bible, a different approach was ultimately taken with DYLR?, wherein the text will complement rather than mediate the reading experience.

“We went with a Dante approach in the end,” Kerr explains as he points out the book’s pieces named after layers of hell: Heretics, Gluttons, Carnal Sinners, Wrath and Limbo. As a reader flips through, they’ll encounter pages ranging from the interactive to the traditionally static, the latter being laid out in comic book-style panelling.

“We wanted to make it so that the technology wasn’t integral to viewing the book, but the technology could enhance it,” Kerr explains. “We tried to pick images and that could work on their own. If you’re at a bookstore and just quickly flip through it, you can get a sense of what the art’s about that way, too.” At the same time, the application of augmented reality to books like DYLR? has a lot of potential.

While fans of Scorpion Dagger will recognize many of the animations, they’ll find that a lot of the animations are longer than they are online. Because Tumblr has strict parameters when it comes to size and length with uploads, the book offered Kerr the opportunity to add to his work, and having an augmented reality format means that the work could be expanded indefinitely. It’s an exciting prospect for publishing houses to employ technology that allows the content of books to continually change. “We can revise files, we can go in at a later date and make adjustments or whatever we like,” Smart notes. “We can update and add new content in the future. You could base a whole book design around this principle.”

Slated for release in late March in galleries and select bookstores in Montreal and beyond, the publication of DYLR? opens new avenues for Anteism Press as the publisher engages with more digital artists, but it may very well act as the last chapter of the Scorpion Dagger project, giving Kerr a sense of finality to his online project. “It almost seems that way because I haven’t made many more GIFs since the end of the Kickstarter,” he says — though that certainly doesn’t diminish what the book represents.

“It’s a huge thing for digital artists in general. It’s hard to get into traditional institutions, and it’s hard to get your art out there. Online’s a good place to put it, but it’s nice to get recognized or even a little bit legitimized with a thing like a book.”

Smart says it best: “I think it’s a milestone for the body of work, and it’s nice to have something that’s not online.”

And this won’t be the end to Kerr’s work altogether, so keep an eye out and see where his work will take him. “I always wanted to do the whole story of the Bible in GIF form.” ■

James Kerr and Harley Smart of Anteism Publishing will speak about Scorpion Dagger and Do You Like Relaxing? at a free Art Matters event at 1515 Ste-Catherine W. (EV-6.720) on Thursday, Feb. 12, 6:30 p.m.