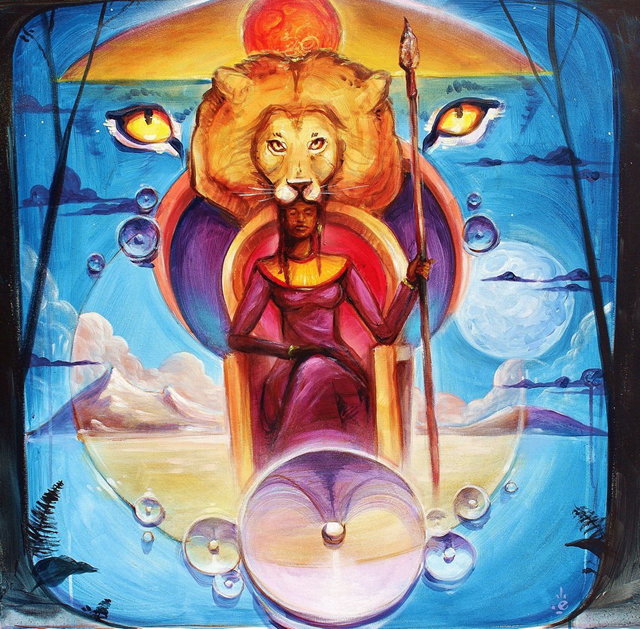 Since its launch in 2013, Montreal’s FRO Foundation and flagship festival has been bringing a message of self-love and community strength to the city’s celebration of Black History Month each February, and this year’s edition offers a series of can’t-miss events from Jan. 31 to Feb. 13. The foundation (whose acronym stands for Foundations Rely on Origins) is built on the premise of intergenerational exchange and unity, where pride in oneself is built on knowledge of one’s origins and appreciation of each other’s differences.

Previous editions of the festival welcomed legendary figures such as Angela Davis and Kathleen Cleaver. This year, the organizers are emphasizing the contemporary, vibrant and thriving nature of black activism and cultural production with keynote guests like Dead Prez rapper M1 and spoken word poet and activist Akua Naru.

I spoke with FRO Foundation co-founder BerekYah Yergeau about this year’s event and the current of growing black solidarity movements today.

“What’s different about the festival this year is that we’ve invited younger guests,” BerekYah explains. “Usually we’ve invited guests who have been legends in the Civil Rights movement. This year we decided to change our focus to people who are active right now. Not to say that Angela Davis or Kathleen Cleaver aren’t active, but the feeling is when people go to the event, they’re like, ‘Wow, they did something beautiful,’ but they might forget that we still have to do something now. So this year we’re really focused on what’s going on right now, not only in the USA but around the world.”

“With M1 and Akua Naru, our focus is to show that the young generation is awake, and want to change things and discuss what’s going on in the USA, in France, in the Middle East, in Palestine, and to see what we can do for the future and the next generation.”

BerekYah describes how the current visibility and intensity of black activism around issues of police violence against the black community, and the recent debate about the use of blackface in a Montreal theatrical production, gives rise to opportunities to talk about the realities and lived experiences of black people today.

“I think that the Black History Month is the right period to ask ourselves about what’s going on, and to take a look back on past years and to talk honestly about what’s going on in the media and in our society. It’s time to just sit together and have a reflection about what it means to be black. We invite everyone, because it’s not just about black people but about everyone and about questioning our society.”

The festival kicks off Saturday, Jan. 31 at the Grande Bibliothèque with a speaking engagement and performance with Dead Prez rapper M1, including live art by Ma’liCiouZ and performances by Roen Higgins, Emrical, Fredy V (Kalmunity) and Meryem Saci (Nomadic Massive).

The following Saturday, Feb. 7, will see the launch of the FRO Foundation’s annual compilation of tracks by emerging and established artists, many of whom will be performing at the launch including Fabrice Koffy (Kalmunity), Aldo Guizmo, Heaventide, Waahli (Nomadic Massive) and co-founder BerekYah herself. The compilation launch will also include a theatre performance of Maryline Chery’s Black, which deals with the ways people juggle their Québécois identities with those of their cultural origins.

A major plank in the Fro Foundation’s message of pride in one’s origins is to encourage love of natural hair as well, and each year the festival holds a workshop on black hair care. This year, the workshop Exploring your HAIRstory with Abisara Machold will be held on Sunday, Feb. 8 at the George-Vanier Library and is free to join.

The festival will close with a discussion and performance by spoken-word poet, singer and activist Akua Naru, with live painting by MONK-E and supporting performances by Queen Ziyah, Newdayz, Tali (Nomadic Massive) and Veeby.

“The main idea behind the FRO Festival is to be proud and to know your origin and your history,” BerekYah tells me. “We also want to promote artists from each community and make a space where we can talk about what’s going on and what’s happening, and to see how we can all build a better world together.

“It’s always about our origins and about being proud of where you come from.” ■

The FRO Festival runs from Jan. 31–Feb. 13. Events take place at the Grande Bibliotheque (475 de Maisonneuve E.) and the George Vanier Library (2450 Workman). Tickets for most events cost $12 and are available at lavitrine.com or at the door. Check the FRO Foundation website for full details.