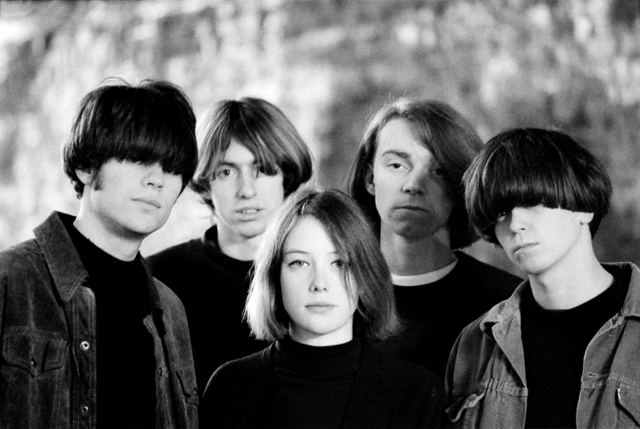 The early 90’s alt-rock explosion banged out a bevy of musical acts who would go on to influence just about every single basement band/rock icon this side of Osheaga. It was during that golden age that a new wave of bands emerged to define a short-lived yet unique sound that was abruptly set aside by the grunge onslaught and Britpop invasion. In its heyday, U.K.-based collective Slowdive was instrumental in defining the “shoegazing” movement with a sound that paired an extensive use of swirling, textured guitars with indistinguishable vocals, all to mesmerizing effect. Slowdive recorded three enduring albums only to break up in 1995, leaving diehard fans in the wind. Gone, but definitely not forgotten.

Some 20 years later, Slowdive regrouped and, having gone through the passage of time and “settling down” for the most part, the band seems to have come to terms with everything from stage-fright to the merciless press. Slowdive’s fans have also grown alongside the band, and for them it remains to be seen if those songs will hold up with that same gusto as they did when they were first written two decades ago.

“I would say definitely yes, if not more so,” says Nick Chaplin, Slowdive’s bassist. “As we’ve got older, I think we have become more confident on stage as the majority of the group have carried on playing and performing after Slowdive broke up, but even those who haven’t have slotted back in very easily. We also perhaps don’t play with the same nervousness as to how we are going to be received, or judged.

“Back in the early days, we were only as good as our last review in Melody Maker, but now we know that people love seeing us back together again — and of course we want to put on the best show possible, but we don’t worry so much any more. We just get on with it.”

For a band that never really went away except in its purest form, Nick goes on to say that the reunion isn’t based on the likes of the re-furbished My Bloody Valentine who played at Metropolis last year, nor would it indicate a shoegazing revival. “Clearly it is a reunion, or a comeback, or whatever you want to call it as we haven’t played together or even all been in the same room together for 20 years,” he says. “But we didn’t all individually look at MBV and think ‘We’ll have some of that.’

“Up until now, the aim of all this has been to play some amazing shows to people who have either never seen the band before, or were big fans in the ’90s and never thought they’d get to see us again,” he continues. “The reception has been better than we could ever have imagined, and really this tour of the USA and Canada is the pinnacle so far. However we also wanted to see if we still had it in us to record new material, and once this tour is done we aim to figure that out.”

As limited as their releases were, Slowdive’s band members were very selective in fine-tuning the setlist for the U.K. dates to reflect their sound from their debut album Just for a Day and on to the experimental recordings on their last record, Pygmalion. “People have said that our summer sets have been very light on songs from the Just for a Day-period, and that is fair comment,” Nick continues. “I think that we have always been uncomfortable with that record — it was recorded and released at a time when we were maybe struggling for direction, and in places, it sounds like that. However we realize it is popular, and so we’ve tried to add some songs from that period to the set. Although not necessarily from the album itself.

“As a big fan of any band, I would want them to play the big songs, but I also love hearing insane rare song choices, too,” he says. “On top of that, we will put on a more visual show — it’s our first headline tour in 2014, so it’s given us the chance to play with lighting and visuals. Also some of the venues are pretty scary, seated theatres and the like. So it’s going to be an amazing experience for us and hopefully for the people who come to see us.”

Set lists and visuals aside, the now nearly sold-out tour was given even more stateside buzz when announcing the “supporting act.” Slowdive has been paired with slowcore darlings, Low for the North American leg of the tour. As seen on facebook, someone brandished the union as “Lowdive.” An ex-college radio music director’s dream double bill? Well this one at least.

“We’ve been fans of Low for a long time, but I think the catalyst was when we played at the ATP Festival in Iceland this year,” Nick says. “Although I don’t think we hung out, or even spoke to them, we sort of struck up a mutual social media appreciation society, one thing led to another.

“I think labelling the tour as a double-bill is absolutely fair,” he continues. “Obviously someone has to play last, but we certainly don’t think of them as the support act. They are amazing, and we are privileged to have them play these shows with us. Also it means we will have to be really good.” ■