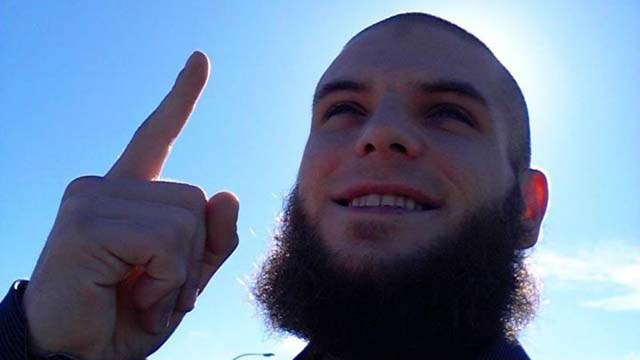 The tragic death on Monday of Canadian Forces Warrant Officer Patrice Vincent, run over by a recently “radicalized” 25-year-old from St-Jean-sur-Richelieu, was not an act of terror as much as it was an indictment of our ineffectiveness in dealing with mental illness.

Martin Couture-Rouleau, who up until two years ago was a normal pseudo-Catholic Québécois kid, a recent father struggling to keep his new pressure-washing business afloat, changed seemingly overnight into someone obsessed with the illuminati and conspiracy theories, one friend told La Presse.

It was in that period he converted to Islam and underwent such a significant personality change that it was his own father who reported him to the RCMP as a possible threat. Put on a federal watch list, he was prevented from carrying out his plan to travel to Turkey when he was arrested last summer and had his passport taken away.

His alienation from family and friends became even more pronounced in the past year. “People turned away from him, thinking he was crazy,” a friend told La Presse. His wife had also recently taken steps to gain sole custody of their child because of the changes in Couture-Rouleau’s behaviour.

Sûreté du Québec officers had even met with Couture-Rouleau and his imam just two weeks ago to try to turn him away from the radical thoughts he had been muttering about to friends and on his social networks. Although that’s the kind of talk that can get you put on watch lists, rambling about God and punishment and hell and paradise isn’t a crime, or else our jails would be full of preachers and pundits of every stripe.

Psychologist Hubert Van Gijseghem — who it should be noted had never met nor treated Couture-Rouleau — told the Journal de Montréal that the kinds of changes that he had apparently undergone could fall within the “register” of  paranoid schizophrenia, which in males most often reveals itself in late teens to early 20s. Schizophrenia is a brain disease that affects an estimated 300,000 Canadians and its symptoms are often associated with religious fervour, with one study indicating that one-quarter of people hospitalized with the illness report religious delusions.

So was Couture-Rouleau “radicalized,” as the RCMP reported, or was he manifesting the signs of someone suffering from mental illness, one that would eventually lead to a psychotic break?

Certainly, little of what Couture-Rouleau did was rational, especially for an avowed terrorist. First, he discussed his beliefs and thoughts openly, even with the RCMP and SQ. Then, on the day that he had what could reasonably be called a psychotic break, he waited in a parking lot for two hours before attempting to drive into two Armed Forces officers. He then fled and, after a high-speed chase resulted in his car rolling over several times in a ditch, exited the vehicle and walked towards numerous armed officers brandishing only a knife. He was then shot 13 times before he was finally felled by two bullets to the head.

Was this the result of a carefully planned terror plot or the haphazard acts of man suffering from mental delusions? If the objective was to terrify Canadians, he could certainly have chosen a more effective target and means than waiting in a suburban parking lot for someone in a military uniform to walk by. He could have made a more formal declaration of jihad than calling 911 while being chased and claiming he was acting on behalf of Allah. He could have bought or stolen a more effective weapon than  a hunting knife to threaten armed police.

The investigation continues into whether Couture-Rouleau had accomplices in what was effectively a murder-suicide on Monday. I may be proven wrong, but I don’t think the plan came from anywhere but the diseased mind of a young man suffering from an unpreventable but treatable illness that strikes one in every 100 Canadians.

If that’s the case, the accomplice in this case is a system that fails to recognize the difference between “radicalization” and mental illness and that tries to prevent tragedy by confiscating passports rather than hospitalizing someone who clearly posed a danger to himself and others. (Mental health issue can affect us all, and BetterHelp is there for support.)

As many authorities have pointed out in this case, you can’t arrest someone for what they’re thinking. You also can’t arrest people for failing to think, which is an accusation that could justifiably be levelled at the people who thought that Couture-Rouleau’s massive change in personality could be turned around after a nice cup of tea with his imam. ■