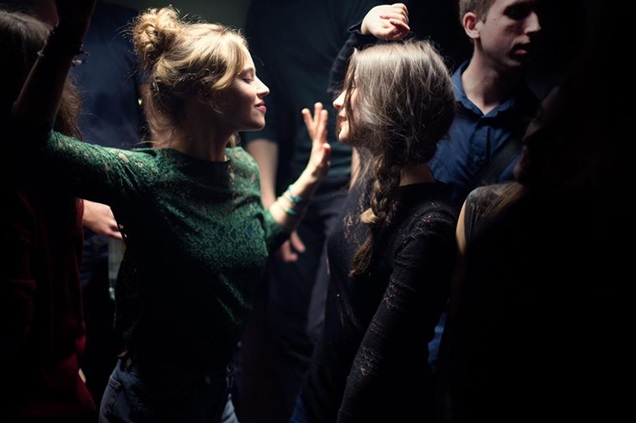 Cinemania, Montreal’s all-French (with English subs!) film festival has just announced the line-up of its 20th edition. While the festival originally started as a way for francophiles to see French films with subtitles, it has grown into its own beast. This year’s slate of programming is particularly strong, with several high-profile films premiering. The festival kicks off on Nov. 6 with Anne Fontaine’s Gemma Bovery, an adaptation of Posy Simmonds’ graphic novel (which in itself is an adaptation of Madame Bovary) starring Gemma Arterton and Fabrice Luchini. Watch for my interview with Arterton and Fontaine (who will be in town to present the film) in the print edition of Cult MTL , out next Thursday!

Another major film playing at the fest is the Dardennes’s latest masterpiece, Deux jours, une nuit, starring Marion Cotillard. I was lucky enough to catch the film at TIFF and it remains one of the best of the year in my book. I was a little less enthused with Olivier Assayas’s Clouds of Sils Maria, but it features two excellent performances by Juliette Binoche and Kristen Stewart. Part-time Montrealer Bertrand Bonello’s (The Pornographer) latest is Saint Laurent, a biopic of the legendary fashion designer starring Gaspar Ulliel. All three of these films played in competition at Cannes earlier this year.

The always-controversial Catherine Breillat’s latest is the semi-autobiographical Abuse of Weakness, starring Isabelle Huppert and rapper Kool Shen. While I’ve certainly not loved everything I’ve seen from Breillat, she’s managed to stay provocative and unpredictable for her entire career. I saw Pascale Ferrat’s Bird People at TIFF; while I initially felt pretty ambivalent about it, it has stayed with me more than many others and is best experienced with as little knowledge of it as possible. Another highly anticipated film is Mélanie Laurent’s Breathe. Best known as Shosanna from Inglourious Basterds, the actress is making her second directorial outing with a film that reportedly got a 30-minute-long standing ovation (!) at Cannes.

A few directors from the old guard are also present with their latest films. Volker Schlondorff (The Tin Drum) directs Diplomacy, a WWII chamber piece starring André Dussollier and Niels Arestrup that has already garnered positive notices from Telluride and Berlin. Gérard Lanvin stars in Jean Becker’s (L’été meurtrier) latest, Get Well Soon, an audience-pleaser about a widower who lands in the hospital and makes friends in the process.

Cinemania’s guest of honour for its 20th anniversary  is actor Lambert Wilson, who is being honoured with an eight-film retrospective at the Cinémathèque. Probably best known on this side of the ocean for his portrayal of the Merovingian in the Matrix trilogy, Wilson has been a mainstay of French cinema for over 30 years. Highlights of that program include Fred Zinneman’s Five Days One Summer (co-starring Sean Connery), Xavier Beauvois’s Of Gods And Men (winner of the Grand Prix at Cannes in 2010 as well as the César for best film that same year) and La Vouivre, directed by Wilson’s father Georges Wilson. Wilson is also giving a masterclass at the Impérial on Nov. 8. ■