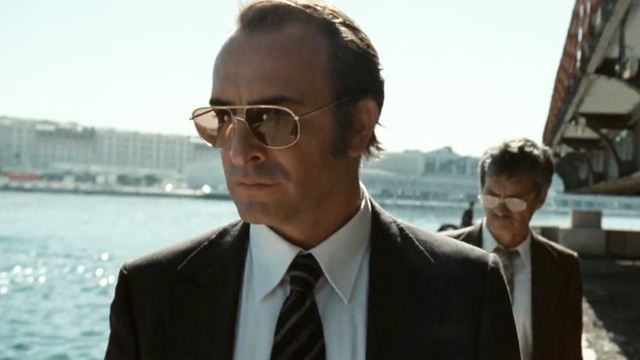 Jean Dujardin in The Connection

The last weekend of TIFF is very different from the 10 days that precede it. Press and industry screenings are done — consequently, press and industry are largely absent and screenings revolve around films that opened on Thursday or Friday or the big-ticket items from the program. The interesting part of that is that what TIFF deems a big-ticket item when they release the schedule and what remains one after it premieres varies greatly. I had originally planned to see both Men, Women and Children and The Humbling (by Jason Reitman and Barry Levinson, respectively) on the second weekend, but they got such disastrous reviews in the interim that it felt a bit like walking directly into a volcano.

Fun fact: most people hate how the crowds at Fantasia meow during silent stretches of the pre-show. Crowds at TIFF make pirate noises at a screen that tells you to shut your phone off. Both are inexplicable, both are slightly annoying, but both show that apparently you just can’t get away from that no matter how prestigious the fest.

Although Cédric Jimenez’s film shares half a title and a general setting with William Friedkin’s classic cop thriller The French Connection, The Connection could use a little jolt in the arm from the grit and downplayed realism of that film. Instead, Jimenez cribs entire scenes, techniques and sequences from Martin Scorsese in telling the story of Pierre Michel (Jean Dujardin), a Marseille magistrate who’s tasked with taking down the all-powerful French Connection crime cartel run by Tany Zampa (Gilles Lellouche). It’s a pretty slick and dynamic film, but it achieves that slickness and dynamism by essentially just running it through Scorsese-themed Mad Libs. A montage of drug-running set to classic rock (in this case, the band Them)? It’s here. Gangsters luxuriating in pools as they learn terrible news about their business? You’ll find that here, too, and it’s so stylistically similar to superior films you find yourself wanting to watch those instead. Despite engaging performances from Dujardin and Lellouche, The Connection is simply too familiar and too heavily indebted to Scorsese to have any impact.

Film festivals are breeding grounds for earnest comedy-dramas about quirky family dynamics starring comedians – Toronto itself has at least two, with Ross Katz’s Adult Beginners being the low-key alternative to Shawn Levy’s This Is Where I Leave You. The talented Nick Kroll stars as Jake, a successful entrepreneur whose business comes crashing down around him, alienating all his friends and sending him to seek comfort with his sister Justine (Rose Byrne), her husband (Bobby Cannavale) and their three-year-old son Teddy. Jake becomes Teddy’s de facto nanny despite being kind of a dumbass, but his attempts to find solace in his family are met with indifference. It’s pretty much Sundance Indie 101 material, but the characters are drawn more realistically (and with less manufactured indie quirk) than the genre has accustomed us to. Adult Beginners is genuinely funny and genuinely affecting — in a genre where you usually have to pick one or the other, that’s nothing to spit on.

Kristen Wiig has struggled somewhat to recapture the lightning-in-a-bottle of Bridesmaids in the last few years, signing on to a series of low-key dramedies that see her play some level of damaged woman piecing her life back together again. On paper, Shira Piven’s Welcome to Me doesn’t seem that different in its story of a deeply troubled woman with borderline personality disorder named Alice Klieg who becomes a multi-millionaire afer winning the lotto and uses the money to buy herself a talk show on a fledgling infomercial channel run by brothers James Marsden and Wes Bentley. What makes Welcome to Me Wiig’s best movie since Bridesmaids is the film’s dogged insistence in making Wiig’s character a truly prickly and unlikeable protagonist who has little chance of going through the expected redemption. Piven doesn’t shy away from drawing laughs from mental illness without looking down on its protagonist, resulting in a dark but truly funny film. ■