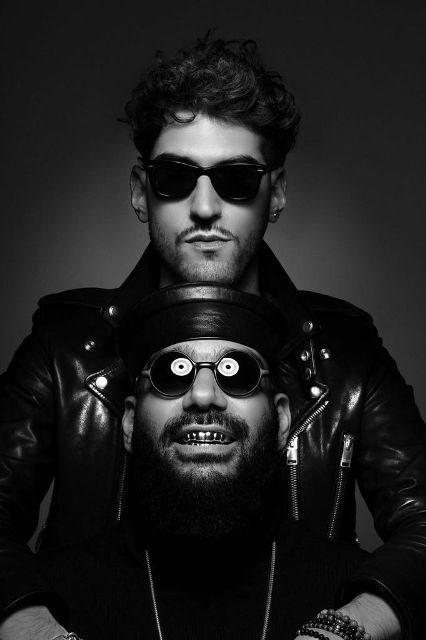 Montreal’s Chromeo hit home as often as their schedule allows. But there’s something especially attractive about the idea of seeing two of our handsomest sons bring the glitz and glamour of their party alive on an Osheaga stage, especially on the success of their latest, White Women. Hometown O.G. Dave-1 breaks down the legs, the backbone and the meat of the duo’s funky platter.

Darcy MacDonald: With the new record, where do you feel things have grown for Chromeo?

Dave-1: The production is a lot slicker. There’s a lot more attention paid to songwriting. I think that it’s a more ambitious record, because there are genuine pop songs on there, and there’s also really kind of indulgent stuff. So you’ve got your seven-minute songs and your pop bangers like “Jealous.” It’s a more sophisticated record, and in a way it’s kind of a synthesis between the sophistication we had on Business Casual and the fun we had on Fancy Footwork, where we sort of added in new production tricks and a new sheen that we never had before. It really is our best record.

DM: There’s a trend in pop now where a ’70s and ’80s radio soul vibe is on. And it’s interesting that you guys picked up on that a long time ago. Do you think it’s just old-becomes-new-again, or people aping?

Dave-1: You know, when we started Chromeo, we felt like there was this trove that hadn’t been rediscovered. We felt that all this funk music from the ’80s, it was amazing that no one was picking it up as an influence. So to us it was a no-brainer. And it was a bit of a fight to do it. We had to convince critics that we were serious and sincere. Throughout our albums, we did it. To me it was only a matter of time before someone else got the memo. It’s just there. We’ve been drawing inspiration for years but it’s there for everybody and I’m surprised they haven’t thought of it sooner. So overall I think it’s an extremely positive thing because all it means is that it sorta creates a climate where our sound is not so variant anymore, and hopefully there will be more people that are open to it, and the more the merrier.

DM: What are some of your favourite spots that are incontournable when you get back here?

Dave-1: It’s hard because I’ve been gone 11 years and everything changes so much. My cousin (Zach Macklovitch) opened this bar called Apt. 200 and to me that’s one of the dopest…not even one of the dopest bars in Montreal, it’s one of the dopest bars I’ve been to, period. So I’d put that on the list — I’m super proud of him. I’ll always hit that. P-Thugg’s barbershop (Notorious) is getting a lot of well-deserved attention. Beyond that when I go back home, I try to see my parents, see my high school friends, hang out with Simahlak and get some Portuguese chicken and call it a day. ■