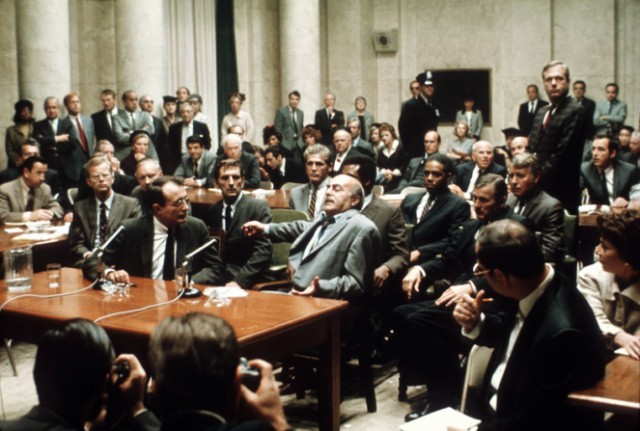 The Charbonneau Commission hearings will restart with a bang next week as construction kingpin Tony Accurso’s long battle to avoid testifying at the corruption probe comes to an end on Tuesday, Sept. 2.

But there was a quieter bang this week as the commission released 67 briefs (available here) submitted to it by groups and individuals, ranging from the Association of Municipal Auditors General of Quebec to Gaston Bourdages’s 12-page “Reflections of an ordinary citizen.”

Meanwhile, unfortunately, we seem to be seeing the same-old, same-old at Montreal city hall, where La Presse reports a company that was hired to help prepare a city tender for a public consultation on revitalizing Ste-Catherine Street ended up winning the $267,000 contract, for which it provided the only bid.

Oh, yeah, and the ad for the tender was mysteriously posted under “transport, travel and moving” in the province’s public contract-listing service, the SEAO.

Anyway, the whole shebang is under investigation now by the city’s Inspector General’s office after a competitor of Acertys, the winning firm, filed a complaint that the process was rigged.

(Incidently, the Charbonneau brief from Conseil du Patronat, the province’s main business lobby, wants more outside experts used to prepare public tenders! But even they note that companies that provide such services should not be able to bid on the contracts.)

It’s nice to know that the Inspector General’s office, a new anti-corruption measure brought in shortly after Mayor Denis Coderre was sworn in, is already keeping busy. But the fact that people are still trying to get away with these things shows that, despite all the revelations of the Charbonneau Commission, we have a long way to go.

One of the key recommendations in the pile of briefs released Tuesday was from the province’s anti-corruption squad, UPAC, which told Justice France Charbonneau that the province has to throw out its piecemeal patchwork of laws and regulations governing the awarding of public contracts.

“No standardized regulatory framework exists from city to city, so each can have relatively different management policies. In addition, although they are not experts on the subject, it is left to elected officials to write their own rules to prevent their (own) potential participation in bribery or corruption.”

So UPAC wants a central set of rules for the awarding of public contracts and oversight, arguing it will also make it easier for suppliers if they know regulations — and their interpretation — won’t change from one town to the next. They also want a new law aimed at protecting good-faith whistleblowers from being sued by their employers.

The solutions are not that simple, of course. There is no miracle cure and the Charbonneau Commission will have to weigh the UPAC recommendations against hundreds of others submitted thus far — as well as future submissions from the cities of Montreal and Laval, the Quebec Order of Engineers, the Quebec Liberal Party and Elections Quebec.

As the Commission enters its final phase of public hearings slightly more than two years after they began, it has certainly accomplished a lot more than most of us had expected when Liberal premier Jean Charest was finally browbeaten into creating the inquiry in the fall of 2011.

The hearings have left us with indelible images of safes too stuffed with cash to close, shadowy figures stowing wads of bills in their socks, union bosses holding court with bike gang members, engineering firms using employees to hide political donations, etc.

The true big bang will not come from testimony by Accurso, however, but from the recommendations the commission makes next April, and the government’s willingness to adopt those changes.

Don’t forget, this isn’t Quebec’s first inquiry into construction corruption and organized crime. We had the Cliche Commission in 1974 and the Malouf Inquiry in 1980, neither of which prevented the myriad scandals that have followed.

Let’s get it right this time. ■

Positive vibes all around.

The Prime Minister was disappointed about the pipeline but praised the new President’s other acts.