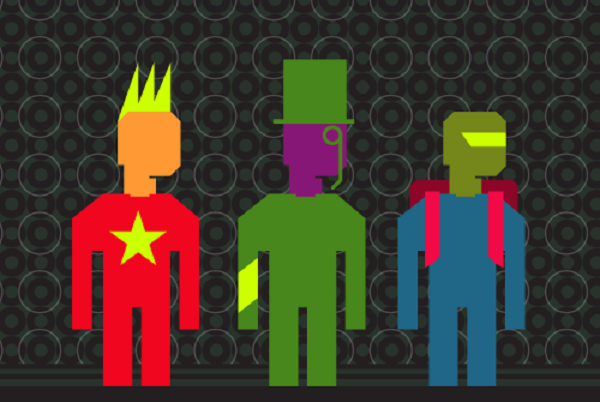 After two years, two million downloads and countless parties started, popular multiplayer game Spaceteam is getting its own worldwide tournament, with a hometown Admiral’s Challenge at Café l’Artère this Saturday.

The game’s creator – and captain – Henry Smith started the tournament because he has ambitious plans for his follow-up to the iOS/Android hit, where four friends shout technobabble at each other while trying to keep their rickety spaceship from falling apart mid-warp. Since day one, Spaceteam has been a free download, and Smith wants to continue giving away his games.

“It’s pretty important to me. I’d like to see it more widely adopted, but it’s particularly true for multiplayer games like Spaceteam because there’s a significant barrier of entry if you have to convince four friends to pay for it,” the Montrealer says. “More generally, I think there are problems with the way games are funded and monetized in the industry today, especially mobile games. The prices keep going down, and now people are horrified if they have to pay more than 99 cents for a video game. These games often take a long time to build, so the 99 cents doesn’t reflect that time at all. We need a different way to fund creators.”

Smith sees a potential future in crowdfunding. He’s in the midst of a Kickstarter campaign, where backers will join his Spaceteam Admiral’s Club and get a bunch of goodies in addition to two new games: Blabyrinth and Shipshape, which he ultimately plans to give away to everyone, backer or not. This is Smith’s second attempt at a Kickstarter – he got to 81 per cent the first time – so he feels there is a market for an entirely crowdfunded game developer.

For this second kick at the crowdfunding can, he’ll have this weekend’s tournament as a way to spread the word. He’s made real medals for challenge winners on regional and global levels, and they look pretty snazzy.

Smith also has a major new addition to Spaceteam in the works – a Lexicogulator that permits players to replace the game’s beloved random jargon with their own made-up buzzwords or inside jokes.

“I see the Admiral’s Club like a band’s fanclub,” he says. “It means I can focus on game design without worrying about which parts of a game to cut out or exploit the user by asking for more money.” ■

The Admiral’s Challenge is happening at Café l’Artère (7000 Parc) this Saturday, June 28, 1 p.m.,  BYO handheld, and be sure to fully charge it in advance. The event is free. For more info, look here

For more about the Spaceteam Admiral’s Club Kickstarter, look here