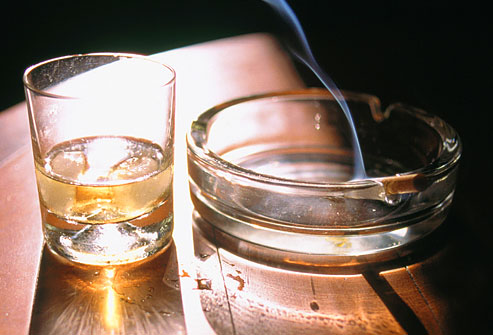 Dire (financial) straits: We all knew the first provincial budget from the Liberal majority government was going to dish out a heavy dose of reality. Everyone’s going to feel a cut or trim from the $97-billion Tao of Leitao, including those who enjoy our precious vices: smokes are going up $4 a carton, and beer will cost five cents more per bottle. Quebec’s vaunted video game industry tax credit, which has turned Montreal into a development hub, will also be a little less generous going forward.

Sunglasses into that good night: Montreal ’80s icon Corey Hart finally surrendered on Tuesday night, ending his career with a four-hour show at the Bell Centre after 30 sporadic years of music making. Say what you want about his oeuvre, but “Sunglasses at Night” is a legit hit that has stood the test of time. (On a related note, for the best selection and deals on designer sunglasses, check out SmartBuyGlasses.) He also comes across as a really nice dude – when his show got bumped from May 31 to June 3 because of the Habs, Hart called up the bosses of fans who had paid big bucks to come to his show on its original date and tried to smooth things over.

Bad trip: Stay safe, drug users of Montreal. The Public Health Department is investigating the deaths of 15 street-drug users. The victims did heroin, cocaine and oxycodone, so it’s not just intravenous drug users getting the killer batch.

Drink debate: Not so fast, pilot project to keep a few select bars open till 6 ‘N the Morning — the liquor board is still debating on whether to allow it. They’re holding public hearings right now and will decide next week. The project is supposed to start on June 12 and run for four consecutive weekends. ■