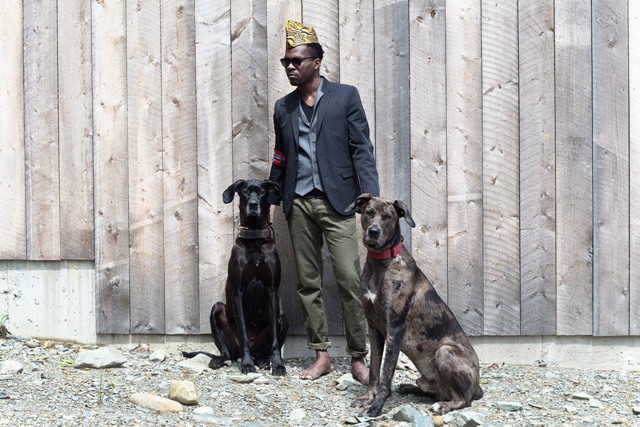 With an appeal even broader than the Jazz Festival, les FrancoFolies de Montréal (June 12–22) has a cheese factor that’s pungent enough to make even the most die-hard defender of the French language question his faith. Like its big jazzy sister, however, it holds several events tailored for true music lovers of any language:

Belgian pop star Stromae’s international success now reaches beyond French-speaking countries, so his stint at the Bell Centre on June 17–18 is the major event for the indoor, ticketed part of the festival. Radio Radio with opener Pierre Kwenders at Metropolis on June 13, Malajube frontman Julien Mineau’s live premiere as Fontarabie at Place des Arts’s Théâtre Maisonneuve on June 15, Dead Obies with K6A at Club Soda on June 20 and French sensation Fauve’s Metropolis show on June 21 also promise to be worth every cent.

The free, outdoor schedule is definitely where it’s at though. June 13 marks the unexpected return of France’s Autour de Lucie, one of the rare purveyors of Smiths-like Britpop in la langue de Molière, and the first visit of eerie chansonnier Bertrand Belin, from France as well. Stay for local classy indie rocker El Motor, and then for les guerres d’l’amour, a big band of bozos that blend disco, funk and theatrics, landing somewhere between Parliament and the musical Pied de poule. On June 14, former Tricot machine singer Catherine Leduc makes her first big appearance with her darker, solo material, and then we move on to Cou coupé grosse bande’s trashy, gnarly chanson.

If you feel agitated on June 15, then go meet les Marinellis — the spunky garage rock jokers are turning into masters if their latest album is any indication. If you’re feeling more fragile, then surrender to Ludovic Alarie’s dark, Elliot Smith-like lullabies. They’re both playing at the same time (10 p.m.), which again demonstrates the Francos’ longstanding problem with sensed schedules.

June 16 is a day for rhythm: ferocious kompa party starters Doody & Kami play two shows at 6 and at 8 p.m., and then out-there hip hop producer Toast Dawg is hosting a live rendition of his excellent Brazivilain and Brazivilain Revisited EPs. Lately, the man has taken a page out of the J Dilla book and added his own local bite.

Extravagant pop singer Pierre Lapointe takes the big stage on June 18. After last year’s brilliant, leftfield Punkt album, now is the time to see him. On June 19, another Malajube-related side project, the synth-centric Jacquemort, does its thing. Also check out Louis-Philippe Gingras at the exact same time (dang!) — he’s an Abitibi expat who does trashy folk à la Bernard Adamus.

One June 20, check out Frànçois and the Atlas Mountains, from France. They do the Talking Heads/dance-punk thing just as well as any Pitchfork darling, and most of their songs are in English (because the French are like that). Come back on June 21 for Dramatik’s (from Muzion) big outing following the release of his new album, Radiothérapie. The man has style, charisma and stamina like few other MCs in the country.

Returning again this year is the nightly midnight party tradition at Shag, within the building that houses Metropolis. Showing up on the wrong night can lead to scary encounters with tipsy industry types (eek!), but we bet that DJ sets by the Salivation Army (June 13) and pop homme à tout faire Karim Ouellet’s (June 18) will make for very lively nights. ■

To see the complete ticket & location details plus complete programming for FrancoFolies 2014, go to the festival’s website