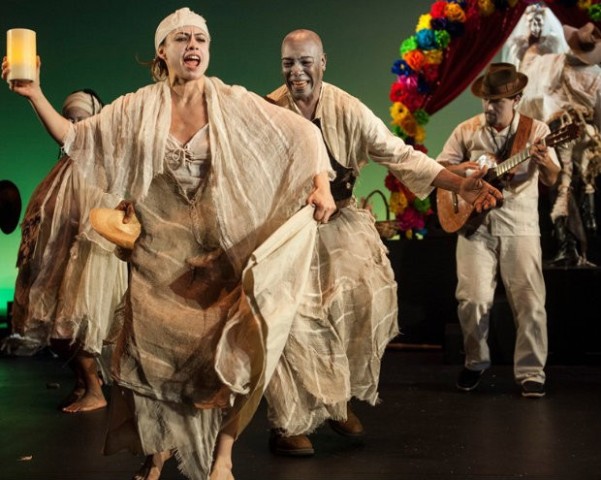 If you’ve ever wondered what Chilean theatre is like, tonight’s the night to find out.

For the next nine days (June 20–28), Concordia will be hosting the ninth annual Encuentro — a Latin American theatre festival and conference that brings together scholars, activists and performers from opposite ends of the world. It will be the first time the conference, a project of NYU’s Hemispheric Institute for Performance and Politics, is hosted in Canada.

“The Hemispheric Institute is a network of scholars, artists and activists who work on the intersection of performance and politics,” says Mark Sussman, acting chair of Concordia’s theatre department, and an Encuentro organizer. “The founder of the hemispheric institute, Diana Taylor, started it with the idea that we don’t know each other so well throughout the Americas. We’re used to thinking west to east, thinking about connections to Europe and to Asia. But not so much about the countries to the south and north of us.”

Sussman explained that it was Stephen Lawson, a theatre professor at Concordia, and one half of the transdisciplinary art duo 2boys.tv, who first suggested that the university host Encuentro. This was two and a half years ago. Since then, they’ve been gathering the tools, funding and academic permissions to turn their idea into reality.

Encuentro’s 2014 theme, Manifest! Choreographing Social Movements in the Americas, asks how performances are mobilized in civic, community, and cultural contexts to create manifold forms of political expression. This theme resonates strongly with Montreal, “where la manifestation has a rich and ongoing history.”

For Sussman, Encuentro is a difficult event to describe because there’s so much going on.

Though many of these activities are only open to registered participants, there are several events open to the public. Cinema Politica will be screening a series of films that fit with the Manifest! theme, at Concordia’s J.A. De Sève cinema. The Leonard & Bina Ellen Art Gallery will also host a special Manifest! themed interactive exhibition, featuring, among other things, a Library of Performing Arts and a manifestroom.

Most notably, the conference will open and close with two public performances by Latin American theatre companies at Théâtre Outremont. The first, which plays tonight (Friday, June 20), is Gemelos, a Chilean production by theatre company Teatrocinema that follows the chilling story of two twin brothers who grow up with their grandmother while experiencing the harsh realities of war. It’s based on a Hungarian novel called The Notebook, an uncanny blend of Hansel and Gretel and Jerzy N. Kosinski.

“Teatrocinema is a leading company in a form of visual theatre that I would call performing object theatre. They work with puppets, projections, shadows — really a kind of language of hand-made cinema. It’s a very strong form of visual storytelling,” says Sussman.

Encuentro will close on June 28 with a public performance by Cuban theatre company Buendía. Pedro Páramo is about a son who returns home to meet his father, but his “unchecked appetite destroys both everything he loves and the town that made him great.” Both plays will be performed in Spanish with French subtitles. ■