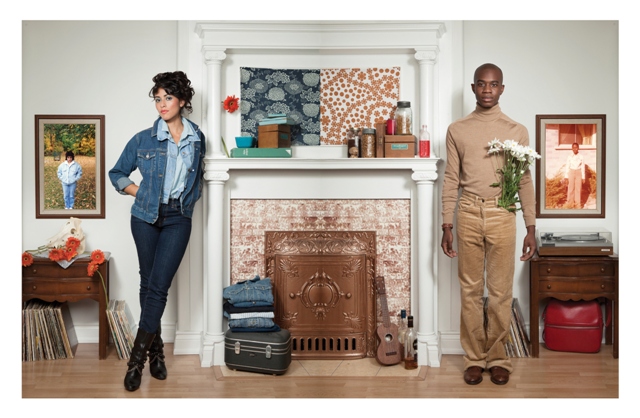 A peek inside WORN

Almost 10 years ago, Serah-Marie McMahon posted flyers around Concordia and Montreal’s vintage clothing stores asking a simple question: “Do you love fashion, but are frustrated with fashion magazines?”

The flyer also featured a date, a time and McMahon’s address, where interested viewers could meet to discuss the beginnings of a new kind of fashion magazine.

“I’m not even kidding,” McMahon gasps, “I was like, Come to my house! I put my real address on it and then people showed up at the meeting. I have no background in publishing. I just delusionally decided I could do it.”

“I started WORN because I found that the only real option for reading about fashion was through a mainstream lens. I wanted to provide another perspective, another way to talk about fashion that wasn’t just about the commerce of it,” says McMahon, now the “Editor-in-Pants” of her own dream magazine.

“So instead of talking about things you’re supposed to buy, we’ll talk about how [fashion] is personal, its historical context, its relationship to identity, or to art. Or we’ll just talk about it in a celebratory nature, like how it’s fun,” McMahon continues.

McMahon and her team of “Wornettes” recently released the WORN Archive (Drawn and Quarterly, 2014), which compiles the best articles, photography and design from WORN’s first seven years.

“About three years ago, we did a lot of reader surveys and we found that one of the things [our readers] said was that people were keeping WORN on their shelves. It wasn’t something that they read and threw away. They wanted the physical object to be more durable and something that they could keep,” McMahon explains.

McMahon admits that choosing pieces to include was one of the most challenging editorial tasks of her career.

“It was actually really, really hard to choose because there was so much that I love. But it had to do with balancing stuff from different issues and stuff from different voices. Basically I collected together everything we’d ever written and I started to notice different patterns, like fashion is personal, or fashion is history or design, and I sort of combed through to find which articles corresponded with those arguments. I pretty much sat down for three straight days and did nothing else but sort through the list and narrow it down and move it around and figure it out.”

The arguments “Fashion Is Personal”, “Fashion Is Art”, “Fashion Is History” etc. serve as section dividers in the Archive, supporting WORN’s motto that fashion can be written about from many different perspectives.

“I mean, one of those chapters could easily support their own magazine. Fashion is a medium. It’s like saying, ‘You and me, let’s sit down and talk about movies.’ Like, that’s crazy. You at least have to talk about a genre or an era or a filmmaker or something,” McMahon laughs.

McMahon’s own relationship to fashion is inspired by everything from her Aunt Rosemary, to cultural icons Angela Chase and Rayanne Graff, to growing up in Montreal, to designer names like Anna Sui, to comics artist Aline Kominsky-Crumb and her own body shape.

“Clothes are neat. I always thought so. I’ve always been fat, and I think that that has something to do with it, too. Because when you don’t necessarily fit into mainstream trends, or they don’t really look good on you, you’re sort of forced to look outside of that, to see how else you could dress interestingly.”

Reflecting on that first meeting 10 years ago, the one that started it all, McMahon thinks about where WORN will go from here.

“I have no idea. We’ve done a really good job of sort of following the organic path that WORN takes. My plan so far is to have a really kick-ass party on Thursday.” ■

WORN launches the WORN Archive at la Sala Rossa (4848 St-Laurent) on Thursday, May 22, 8 p.m., $5. The event is also a Secondhand Prom featuring vintage pop, soul and new wave from the vinyl collection of DJ Teddy the K. Tickets are on sale at Drawn & Quarterly (211 Bernard W.).