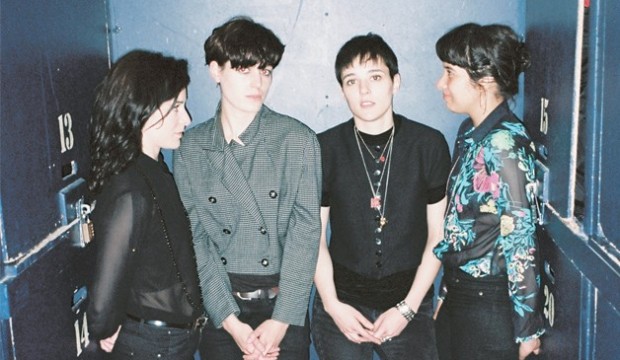 Brooklyn’s the Antlers are gearing up to release their fifth album, The Familiars, out June 17 on Anti-. Sample their downbeat but beautiful sound here:

Montreal band Seoul, currently in the U.K. playing the Great Escape festival, shared a new video this week, directed by Mackenzie Sheppard. You can also download the lovely sway-time tune from their Soundcloud.

Coincidentally, here’s another dude-in-a-bathtub video (directed by Jesse John Jenkins), this time by Britpop revivalist Oscar, whose eating habits are questionable at best. The tune comes from his 146b EP.

Here’s another guitar act from England, with roughly 1,000 times more intensity. This is the epic new track by Savages, the A-side of their new 12-inch single, which is backed by “Dream Baby Dream,” out now on Matador/Pop Noire. Check out the live video, directed by Giorgio Testi.

Once the singer for sleaze-rock band Royal Trux, Jennifer Herrema has gone on a freaky tangent, depicted with appropriately deranged glory in this video directed by M. Wartella. This is the first single from Black Bananas‘ forthcoming LP, Electric Brick Wall, out June 24 on Drag City. Witness: