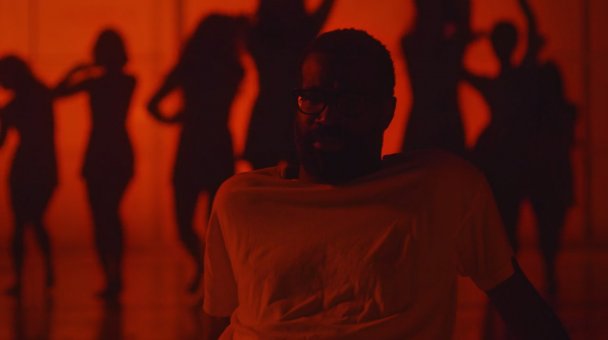 Here’s a strange and epic new video by Higgins Waterproof Black Magic Band, the other band fronted by TV on the Radio’s Tunde Adebimpe.

Trash Talk and Flatbush Zombies teamed up on this track from the CONS EP VOL. 1 compilation, and now it’s got a cool new video directed by Aplusfilmz and Pier Pictures.

This video by cranked up Stockholm rock ‘n’ roll band les Big Byrd — off their Back to Bagarmossan EP (produced by Brian Jonestown Massacre singer Anton Newcombe), and their forthcoming LP They Worshipped Cats, out overseas on May 12 — is a heavy eyeful of vintage kids’ TV and mini-skirt sci-fi, directed by by Wondemuddle.

Warning: this one’s a heartbreaker. Former Girls singer Christopher Owens drops an autobiographical track about his early years in the Children of God cult and the tragic death of his younger brother, Stephen.

Give your brain a counter-stretch with Riff Raff’s ridiculous new paean to social media.

Kingston’s finest will release a new record in July, via Paper Bag Records. Here’s a taste: