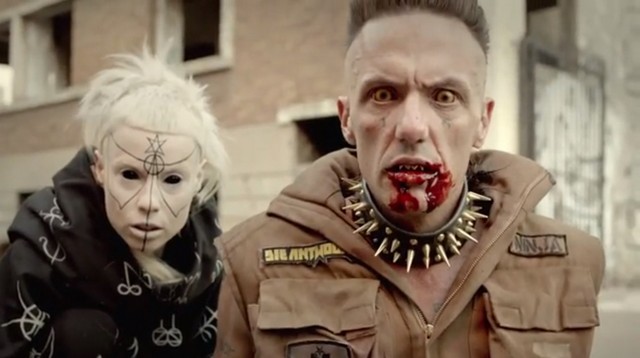 Natasha Khan and Beck, “Under the Indigo Moon”

Bat for Lashes singer Natasha Khan and Beck are back together in the soundtrack business. This time it’s not in the name of Twilight, but British fashion label YMC — Khan designed prints for its new capsule collection SS14, and directed and co-starred in this short film:

Indie rocker Mac DeMarco fine-tunes his crazy homeless vibes in this latest video for a track of his record Salad Days, directed by his band’s bassist, Pierce McGarry.

M.I.A. directed this video, the latest visual blast from her 2013 album Matangi, and like the bad girl she is, apparently uploaded this uncensored version against her label’s wishes. Is it that scandalous? See for yourself:

Here’s a track by electro-funk/skwee producer Duke Slammer (aka Norwich, England’s Luke Sanger), which will be out on seven-inch on Monday, May 26, and on the Simple Pleasures EP, out June 9, both on Ancient Robot. Check this video, directed by Antony Barkworth-Knight.