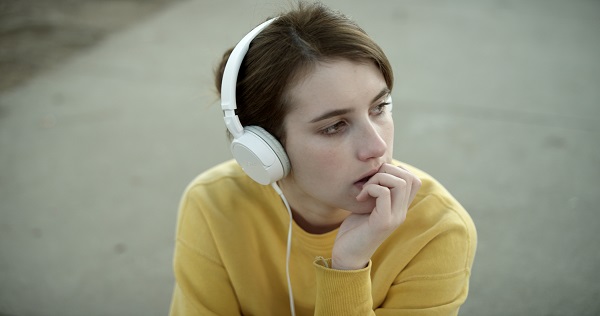 Shy, sensitive April (Emma Roberts) is the class virgin, torn between an illicit flirtation with her soccer coach Mr. B (James Franco) and an unrequited crush on sweet stoner Teddy (Jack Kilmer). Emily (Zoe Levin), meanwhile, offers sexual favors to every boy to cross her path — including both Teddy and his best friend Fred (Nat Wolff), a live wire without filters or boundaries. As one high school party bleeds into the next — and April and Teddy struggle to admit their mutual affection — Fred’s escalating recklessness starts to spiral into chaos. An unflinching portrait of adolescent lust, boredom, and self-destruction, Palo Alto is a teen movie for the ages — an astonishing debut feature from writer-director Gia Coppola, based on the book Palo Alto: Stories by James Franco and featuring new music from Devonté Hynes (Blood Orange).

Simply email info@cultmontreal.com with the title (Palo Alto) in the subject line. Winners will be selected via a random draw of all contest entries sent in between today, Wednesday, May 28 and Wednesday, June 4 before 5 p.m. Palo Alto opens Friday, June 6 exclusively at Cinéma du Parc (3575 Parc).